According to consumer reviews, negative consumer reports, forum discussions, and other reports that can be accessed around the internet, Blue Nile may not appear as they seem.

Whether these qualify as an actual scam may be up for debate. Some of the common complaints about Blue Nile include: 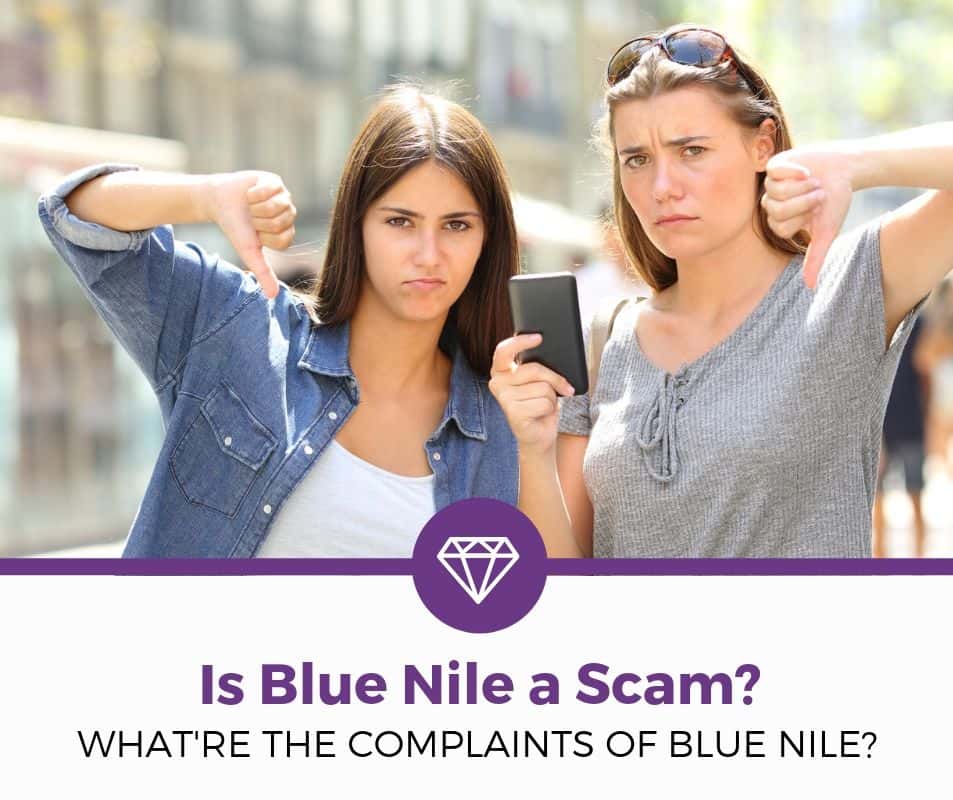 What's In This Guide?
Credit Card Interest Practices
Promotional Prices Subject to Change Without Notice
Resizing Quality
Complaints Regarding Specific Policies
Is Blue Nile a Scam/Ripping Me Off?

There are a number of reviews that criticize the interest rates that are charged once the promotional period ends for purchases made with the Blue Nile Credit Card from Comenity Bank. It is likely that these individuals are not reading the fine print before agreeing to the credit card policy.

The credit card is not directly through Blue Nile, just like many other store cards, it is a credit card through Comenity Bank, therefore, any credit card related issues are not truly the fault of Blue Nile and should not be held again the jewelry company.

In order to avoid this issue, it is important to read through all terms and policies before agreeing to any loan or financing option before agreeing to the contract. It appears that in all of the negative reviews claiming this as their issue with Blue Nile, the individuals failed to pay the necessary fees in full before the end of the promotional period. As stated in the terms and policies of the Blue Nile Credit Card from Comenity Bank, the interest rate becomes a whopping 29.99 % upon the end of the promotional term or anytime the minimum payment is not paid on time during the length of the promotional term. Failure to meet the terms of the credit card at any point will cause the interest rate to jump, and it will not return to the promotional APR of 0% or 9.99%

It's also worth noting that Kays, Zales, and Jared also all use Comenity bank for their financing and their customers have the same issues.

This complaint comes from individuals that shopped during a sale or promotion but failed to submit their order during the time of the sale or promotion. This has apparently led to a number of people paying higher prices than expected. This is not truly the fault of Blue Nile, but rather another instance of failure to double check everything before submitting the order. There was no evidence that the individuals making these complaints were actually misled or that their order stated one price, but they were charged a higher price.

There are a number of complaints claiming that their rings showed visible signs of resizing. Some of these signs include visible seams, a drastic change in the band width, and visible or touchable burrs left on the band. These individuals go on to further claim that Blue Nile failed to resolve their issues.

Obviously, an individual wants to be assured that their ring will appear just as beautiful after resizing as it did prior. Therefore, this may be an area where Blue Nile should step up and do the right thing. Offering to resize rings for free is not worth it if the ring becomes damaged as a result.

There are several complaints regarding the strict policies that customers of Blue Nile must follow. It is important to note that the policies including return policies are stated clearly on their website and can be accessed through links located at the bottom of every page. There remain policy related complaints, and these account for most of the negative reviews, consumer reports and complaints from customers of Blue Nile. Some of these problems include:

Voided Warranty for Outside Work

Blue Nile serves the majority of their customers through their website. Therefore, it can take a significant amount of time for repairs or cleaning and inspections to be performed. At least longer than taking the jewelry to a local jeweler. While it is reasonable for Blue Nile to request that their jewelry not be worked on by anyone else, their work should be absolutely top of the line. Referring above, it is apparent that some of the resizing work may be subpar, so why should their customers expect any different from all of their work.

However, the warranty is clearly stated on their website, so customers are making a choice to void the warranty if they choose to take their jewelry somewhere else. This may not be the greatest situation, but it is not a hidden policy either.

Perhaps the most complained about issues surround the Blue Nile Return Policy. Some of these include:

Individuals seem to complain the most about the short term of their return for full refund policy. Their refund policy states that most items can be returned within 30 days for a full refund. They do however have a number of limitations that they include, such as all original paperwork, including the original GIA must accompany all returns. Additionally, the 30 days start as soon as the item is shipped from Blue Nile, rather than the date the item is received by the customer.

Obviously, this may cause an issue with items purchased ahead of time for special occasions, such as birthdays or holidays.

There are a number of requirements to submit a return, from the included paperwork to the condition, timeframe, etc. However, the requirement that appears to be the most criticized by reviewing customers is the requirement that all returns include all of the original paperwork AND original packaging in order for the return to be processed. Many individuals claim that there is unnecessary paperwork that is shipped with their purchases that were thrown away, so they were unable to receive a refund.

There are a number of items that are not eligible for return. While it is understandable for a jewelry store to not allow returns on closeout or final sale items, Blue Nile also refuses refunded returns, even within the 30-day timeframe, for engraved items, loose diamonds purchased through the upgrade program, and a number of rings such as eternity rings, rights with ornate bands, and rings made with alternative metals.

It seems that there are quite a few exceptions to their returns. Blue Nile should add a safeguard to every item purchased that does not meet the guidelines for returns before checkout, this would at least alert individuals to these exceptions.

Warranty Does Not Cover the Diamond

It was a bit surprising to find a number of complaints regarding damaged diamonds that were not covered under warranty. It has to be extremely hard to damage a diamond. The Lifetime Manufacturer’s Warranty does state that it only covers damage as a result of defect during manufacturing, not normal wear and tear.

This is a complicated issue since it could be argued that a correctly cut and polish diamond should not easily chip or break. This is the only issue not directly addressed on the Blue Nile website, policies, services, or through customers service via phone or chat.

Is Blue Nile a Scam/Ripping Me Off?

It appears as though for the most part Blue Nile is not adhering to mysterious hidden guidelines. Every complaint mentioned is addressed on their website, either in their return policy, credit card services, financing services, or other parts of their website. Blue Nile cannot truly be held accountable for customers’ failure to make jewelry purchases without knowing all of the details, terms, and conditions that accompany the purchase.

Furthermore, it appears that the most complaints a surrounding credit card interest practices and promotional APR. These issues are with Comenity Bank, not Blue Nile. A bit of research on Comenity Bank will bring up a number of complaints and negative reviews. Perhaps Blue Nile should consider partnering with another credit card company or offer financing or payment options to their customers themselves. At least then, if there are issues, then the customers would be complaining about the right company. 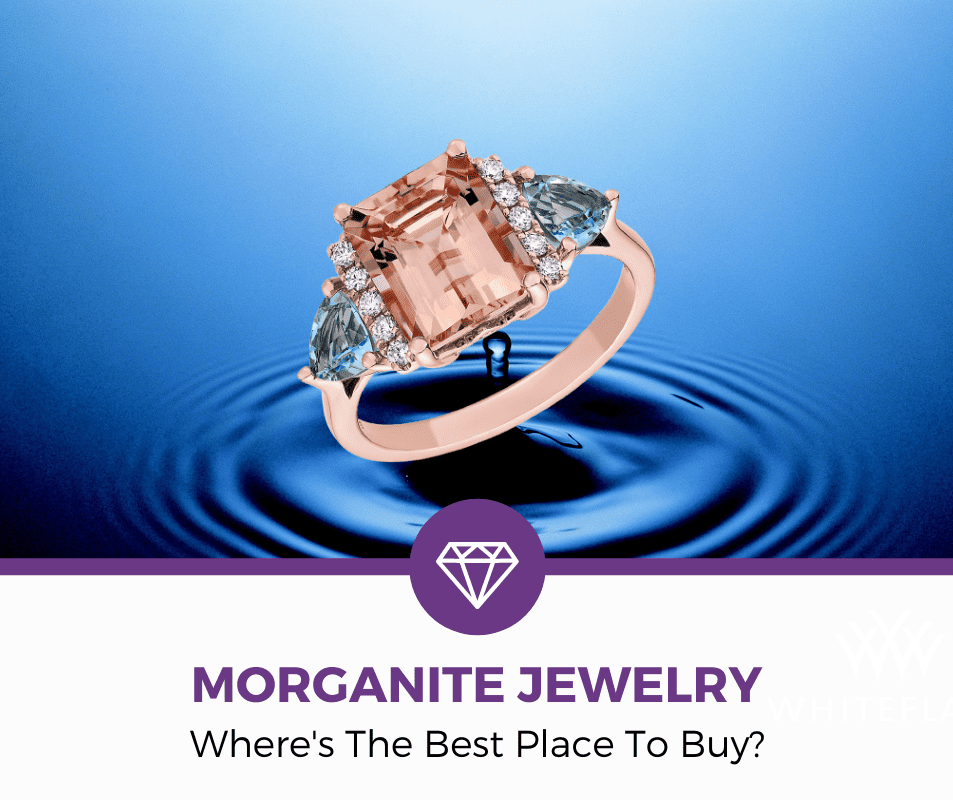 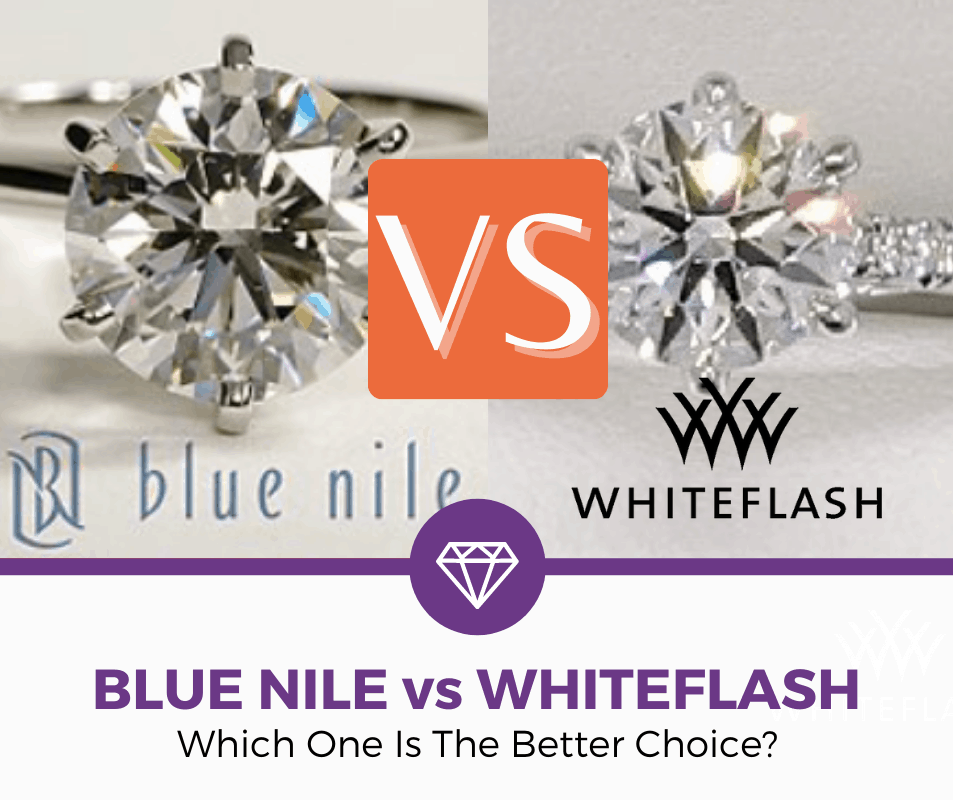 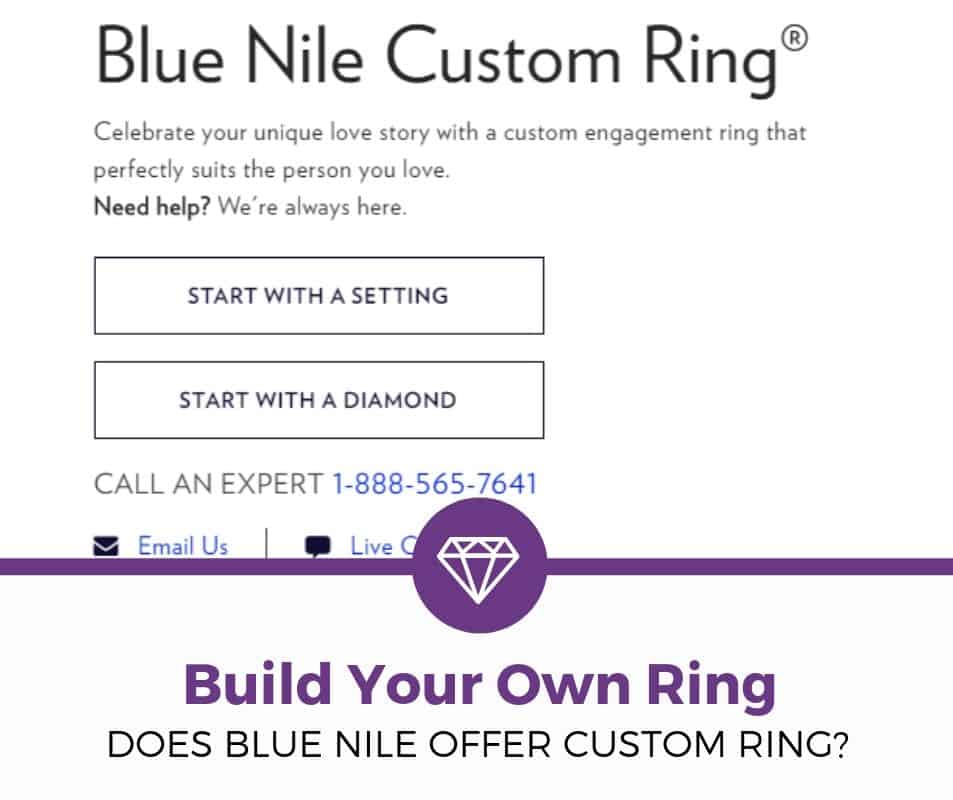 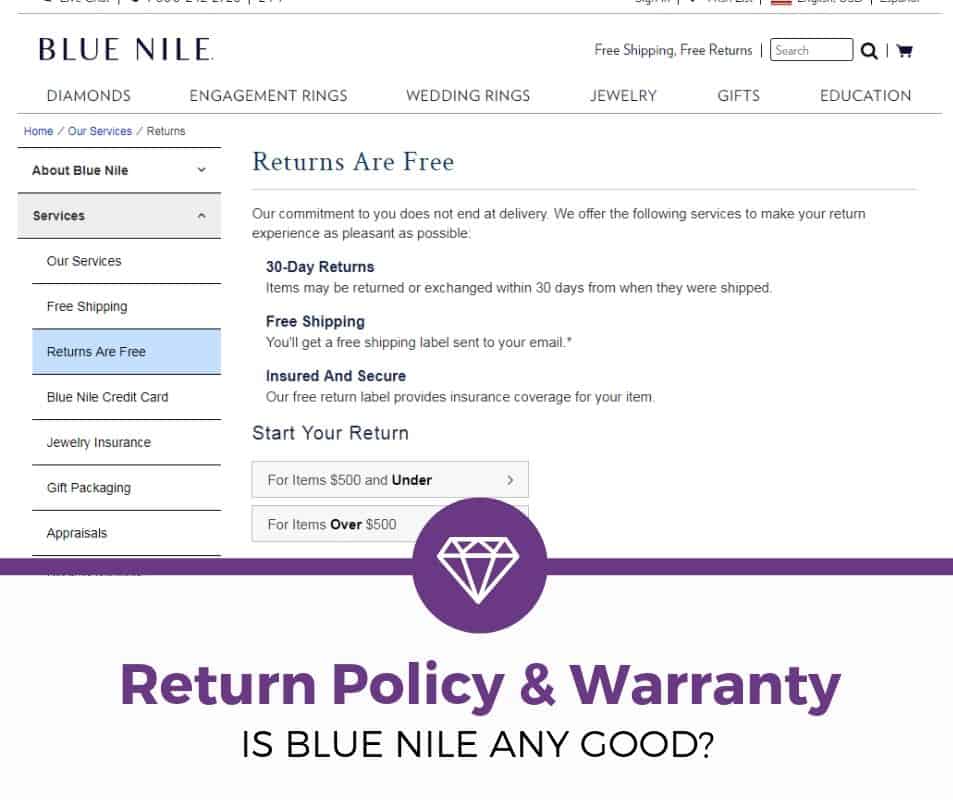 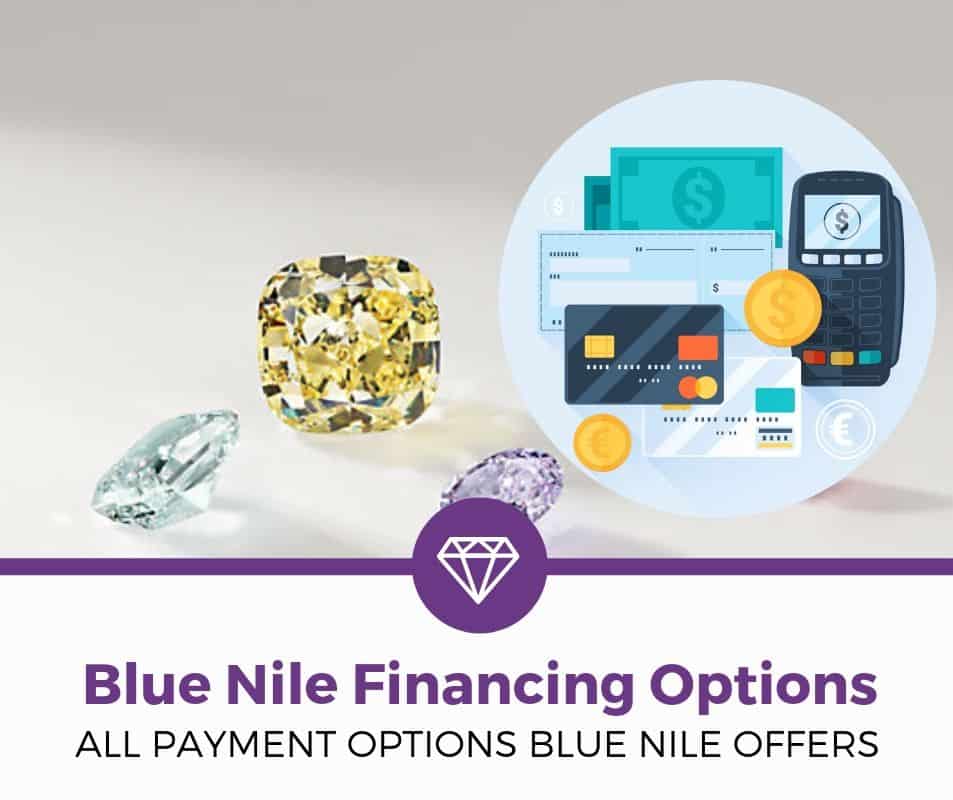