Wondering about manmade diamonds and gems?

In this latest edition of Learning Jewelry you'll learn: 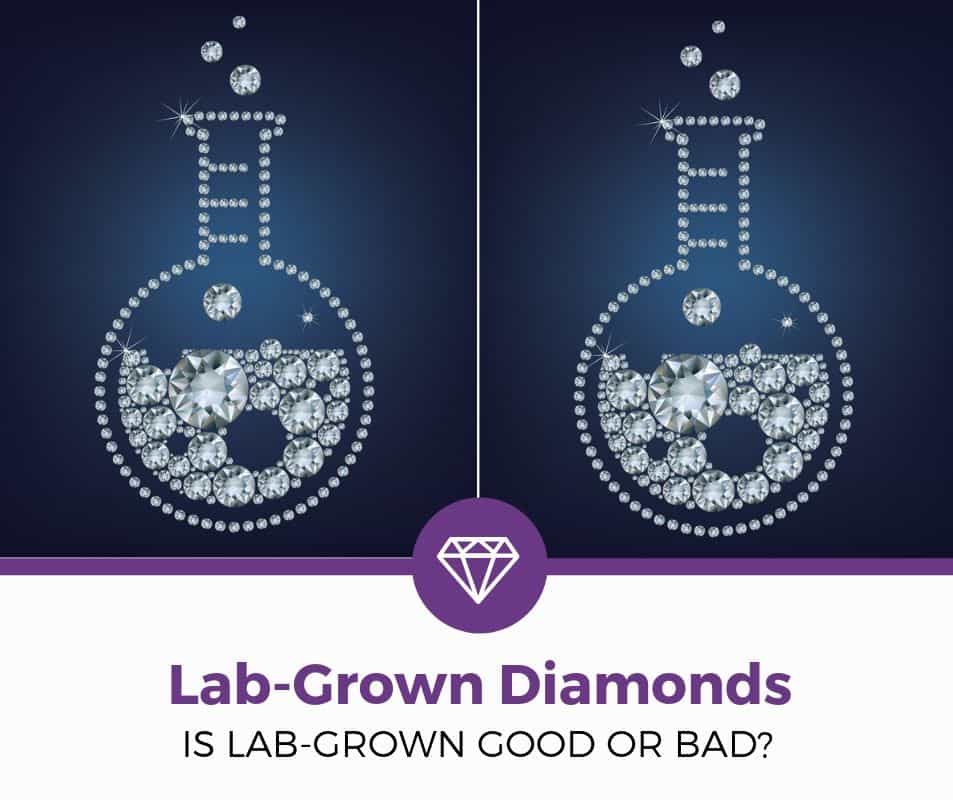 Ready to jump and and learn if lab-grown is worth your time or not? You're in for a treat, let's get started!

To kick things off, let's talk about the lab-grown gemstone industry.

As a whole, the lab-grown gemstone industry is booming these days, growing at an estimated 15% per year as demand for exotic pieces exceeds the natural supply.

Though some may balk at the idea of a gem grown in a lab, it takes a highly trained eye to spot the difference between a natural and a lab-grown stone. There are a number of benefits to opting for a lab-grown stone, from the cost to the environmental implications.

Read Also >> What are the best online stores to buy lab grown diamonds?

What're The Difference Between Natural and Lab-Grown Gems?

Gemstones grown in a lab are chemically, physically, and visually identical to those found in nature. The average person can’t tell the difference between a natural and a lab-grown stone at a glance.

The only true way to tell a lab gemstone apart from a mined one is by looking for impurities. Stones that are grown in a lab under controlled conditions tend to be flawless. You rarely see any clouding, cracks, or changes in color.

Natural gems, on the other hand, have inclusions from the crystallization process such as gases and other minerals mixing in during the molten stage. A trained eye can spot the natural impurities that distinguish a mined stone from one that’s been grown in a lab. 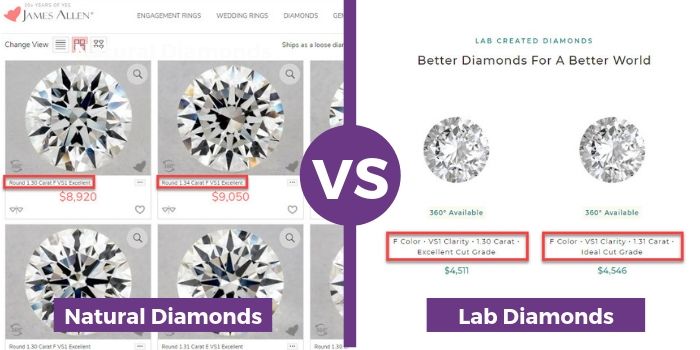 Natural diamonds typically cost 2x the price of lab diamond but retain 50% of their value after purchase. This image compares natural diamonds from James Allen and man made from Clean Origin.

Generally, jewelers will disclose whether a gemstone used in a particular piece is natural or synthetic. In the United States, the Federal Trade Commission requires that jewelers reveal the use of lab-made stones and consider it a deceptive business practice not to clearly indicate a gem’s origins.

Other organizations also regulate the use of synthetic gemstones in jewelry on an international scale. The World Jewellery Confederation (CIBJO), the International Colored Gemstone Association (ICA), and the American Gem Trade Association (AGTA) all require members to follow specific guidelines regarding labeling lab-grown gems.

What's The History of Lab-Grown Diamonds And Gemstones?

The idea of synthetic gemstones isn’t a new one. The first lab-grown ruby was created in the late 1800s for industrial purposes, as ruby is harder than steel and can withstand moving metal parts.

Auguste Verneuil announced the development of his flame-fusion process for synthesizing rubies in 1902. Around the same time, a boy named Carroll Chatham was trying to grow diamonds in his garage, inspired by the work of Henri Moissan, founder of Moissanite.

While Chatham didn’t succeed in growing diamonds, he did manage to create emeralds during his college years. He perfected the process by the late 1930s, then moved on to make other gems such as sapphires, opals, and alexandrite. Eventually, he created his own label, which continues to be a leading gemstone manufacturer to this day.

The first synthetic diamond was produced in 1955. Though many scientists had attempted the procedure, General Electric was the first company to introduce reproducible and verifiable diamonds for industrial purposes.

While lab-grown gems are identical to their mined counterparts, imitation stones and simulants are not. These are stones that resemble gems but aren’t physically or chemically the same. They tend to be cheaper than both natural and lab-grown alternatives. There are a number of commonly found imitation materials, including:

Gem imitations are common in costume pieces and low-cost jewelry. Many people favor them because they’re affordable, and if lost or stolen, easy to replace.

How are Lab-Grown Stones Created?

Gems grown in a lab are created using the same principles that lead to naturally occurring stones. Instead of requiring heat, pressure, and millions of years, however, lab-grown gems can be created for a fraction of both the time and the cost it takes to produce a natural stone. 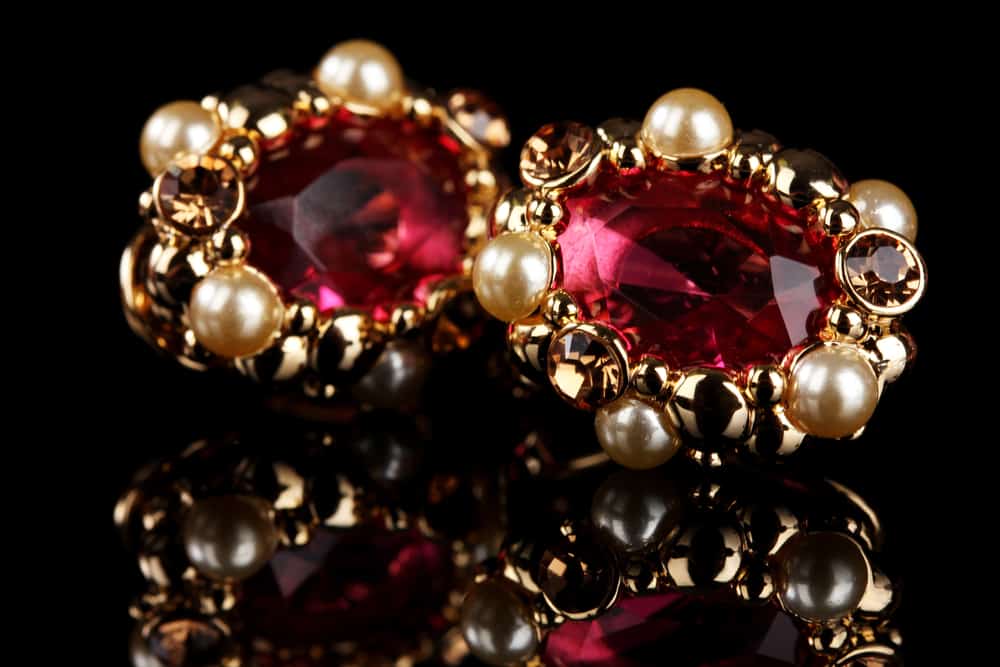 Gemstones “grow” when there’s a perfect combination of minerals present under the right conditions. A lab offers a controlled environment where factors such as heat and pressure can be manipulated to accelerate the process of gem creation. There are several different processes used to create synthetic gemstones in a lab setting.

Also known as the Verneuil Process, this is one of the oldest and most cost-effective ways of growing gemstones. The procedure involves dropping dehydrated, powdered chemicals through a flame or furnace. These chemicals then melt and fall onto a rotating platform, over time producing a crystal. Imitation gems commonly made using flame fusion include:

Crystal pulling, or the Czochralski Process, was first used in the early 1900s to create synthetic gemstones. Minerals are melted in a chamber at high heats, and after a gemstone seed it dipped into the mixture, it grows into a fully grown crystal. Synthetic stones created using this method include:

Often referred to as the solution process, flux growth can take a little bit longer than other procedures but leads to bright, beautiful results. It takes between six and twelve months along with a variety of specialized equipment to create synthetic gems that can fool even experts.

Flux is a solid material that dissolves other minerals when melted, including those used to create gems. As the mixed solution cools, synthetic crystals separate from the flux. Imitation stones created using this process include:

This process is also relatively slow and expensive, but like flux growth, it offers flawless end results. It requires high levels of heat and pressure to mimic conditions deep down in the Earth’s core.

Nutrients are dissolved in a solution of water, and as the water cools, crystals begin to form. Some synthetic gems frequently created using hydrothermal growth include:

What Are The Benefits of Lab Diamonds & Gemstones?

There are a number of benefits to choosing a synthetic gem over its natural counterpart. Here are some of the main reasons that lab-grown gemstones have been gaining popularity over the past few years.

Mining gems from the Earth can be costly, and that’s usually reflected in the price of jewelry made using natural stones. It takes millions of years to grow a gem naturally and can cost a significant amount to extract it, polish it, and cut it before the sale.

Lab created diamonds and gemstones, on the other hand, take only weeks or years to form and don’t require any mining equipment to acquire. They’re a much more cost-effective option than natural stones sometimes costing 50% less than their natural counterparts.

Shops like Clean Origin are popping up selling them. In the comparison image above  you can get a sense of the difference in price for a synthetic lab diamond and a natural diamond with the same specs.

Mining can take a toll on the environment on local, regional, and even global levels. It can result in devastating erosion, a loss of biodiversity, contamination of both water and soil, and the formation of sinkholes.

Lab-grown gemstones eliminate the need for invasive and environmentally damaging mining operations. No wildlife is disturbed, and no pollutants or toxins seep into the surrounding land.

Gems created in a lab also don’t tax natural resources the same way that other stones do. Labs use a fraction of the resources and utilities that mining operations do, further reducing the environmental impact of each gem and lowering overall carbon emissions.

Historically, diamond mines have exploited the labor of unpaid workers, including children. Many natural diamonds come from impoverished and war-torn countries and have dubious origins. Blood diamonds, or conflict diamonds, are often sold to finance an insurgency, an invading army, or a warlord.

With lab-grown diamonds, you can be sure of the origin and have confidence that no one was exploited or harmed in the creation of your jewelry. Synthetic stones are most often created by skilled laborers in first-world countries that receive wages and benefits.

Naturally occurring gemstones often have flaws that stem from the creation process, including clouding, discoloration, cracks, and more. Lab-grown gems, on the other hand, are created to be perfect. They tend to be a uniform color, with no visible cracks or imperfections.

If you’re looking for pure, flawless stones, it’s best to go with lab-grown options. They’re indistinguishable from natural gems to the naked eye, and often look better as well.

Natural diamonds are available in a fairly narrow spectrum of colors ranging from champagne to rose. Synthetic diamonds, on the other hand, are available in a virtually endless range of bright, bold colors. You can also find other lab-grown gemstones in unique and stunning colors.

If you’re looking for a specific cut, many jewelers are more willing to work with lab-grown stones rather than rare, natural gems. If the cut doesn’t work out, they won’t suffer as much of a loss as if they ruined a unique natural piece. Instead, they can simply start over using an identical gem.

When wearing expensive or rare jewelry, there’s always a risk of irreplaceable gemstones being lost or stolen. Synthetic stones, on the other hand, are easy to replace with an identical or near-identical copy.

Thanks to this, lab-grown stones are ideal for just about any occasion, from a casual lunch to a night out on the town. Synthetic gems are also good for travel, where the risk of losing jewelry is significantly higher.

The Disadvantages of Lab-Grown Gems

While lab-grown gems are flawless, they're also indistinguishable from every other manmade stone out there. Natural gems, on the other hand, have distinctive flaws and imperfections that, while they may detract from the looks of the gemstone, also make it one-in-a-million.

Unlike rare, natural gemstones, which tend to retain about 50% of their sale value after purchase, lab-grown stones will only depreciate over time. As manufacturing technology continues to improve, older synthetic gems will be rendered obsolete and lose much of their monetary value.

In some countries, the diamond industry is a major source of economic growth for countries such as the Russia, Canada, Zimbabwe, and many more. Lab-grown diamonds detract from jobs in these places, especially for the socioeconomically disadvantaged.

The Bottom Line on Lab-Grown Gemstones

While there are some drawbacks to gemstones grown in a lab setting, for the most part, synthetic stones are just as good as natural gems, if not better. They’re quickly becoming a popular alternative to natural gemstones.

Synthetic gems cost less than their natural counterparts, and growing them has less of an impact on the environment than mining. What’s more, you can be assured of where your gemstones come from if they’re synthetic. You don’t have to worry about inadvertently supporting the blood diamond trade.

In terms of appearance, most people can’t tell the difference between a natural gemstone and one grown in a lab. Both are chemically and physically identical. The only difference is that stones made in a lab are grown under ideal conditions, reducing the incidence of imperfections to create beautiful, flawless, and vibrant gemstones.

The next time that you’re shopping for jewelry, consider reducing your carbon footprint by opting for a lab-grown stone instead of a natural gem. You’ll be supporting green, ethical practices and doing your part to help reform the gemstone industry.

Want to learn more about jewelry? Check out these other helpful resources! 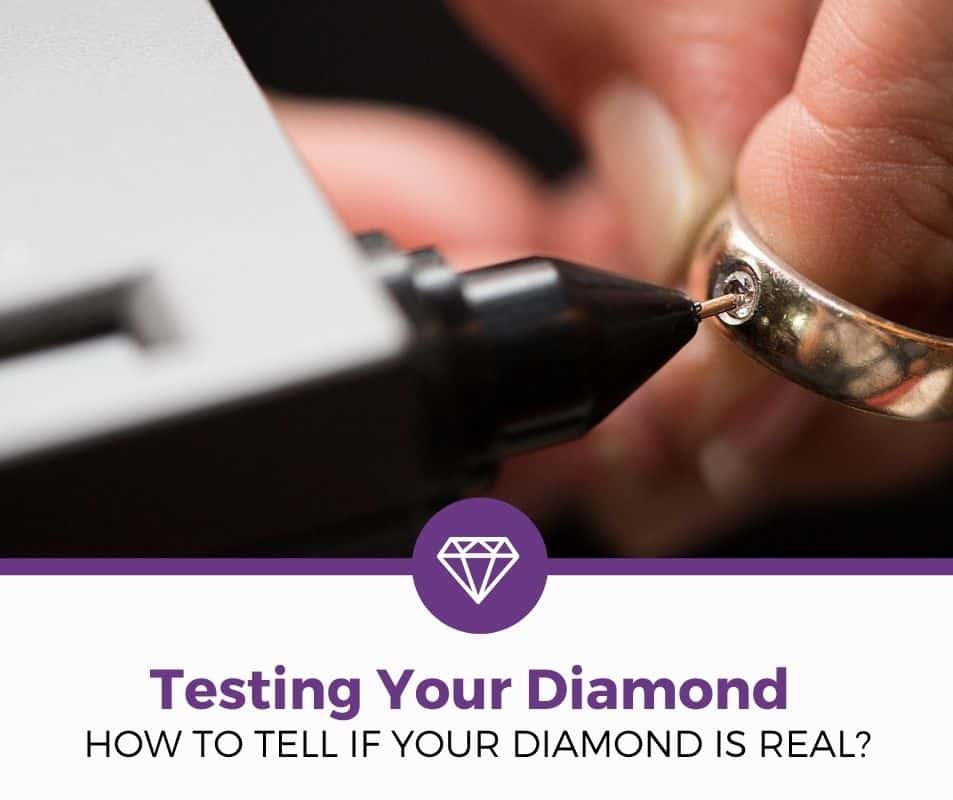 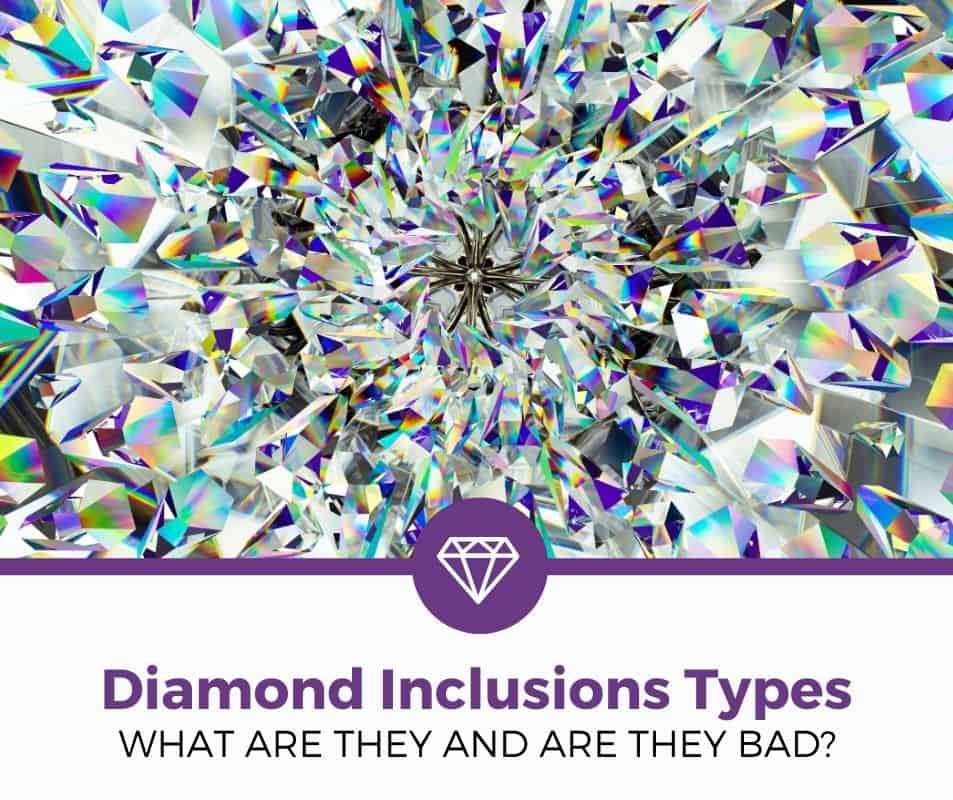 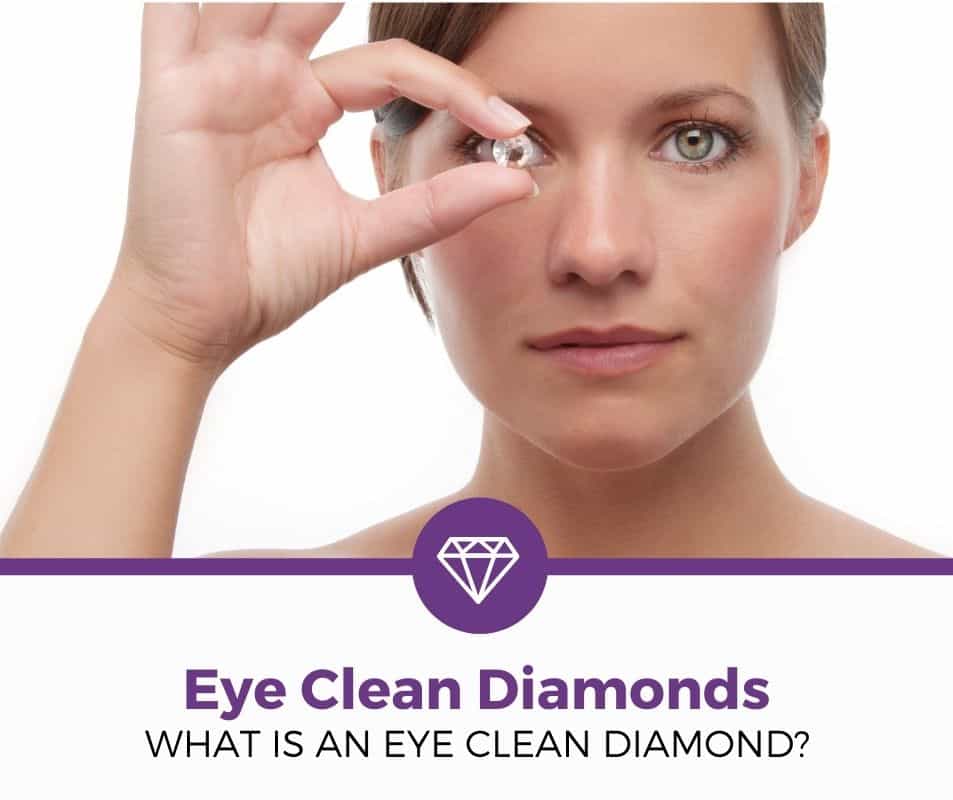 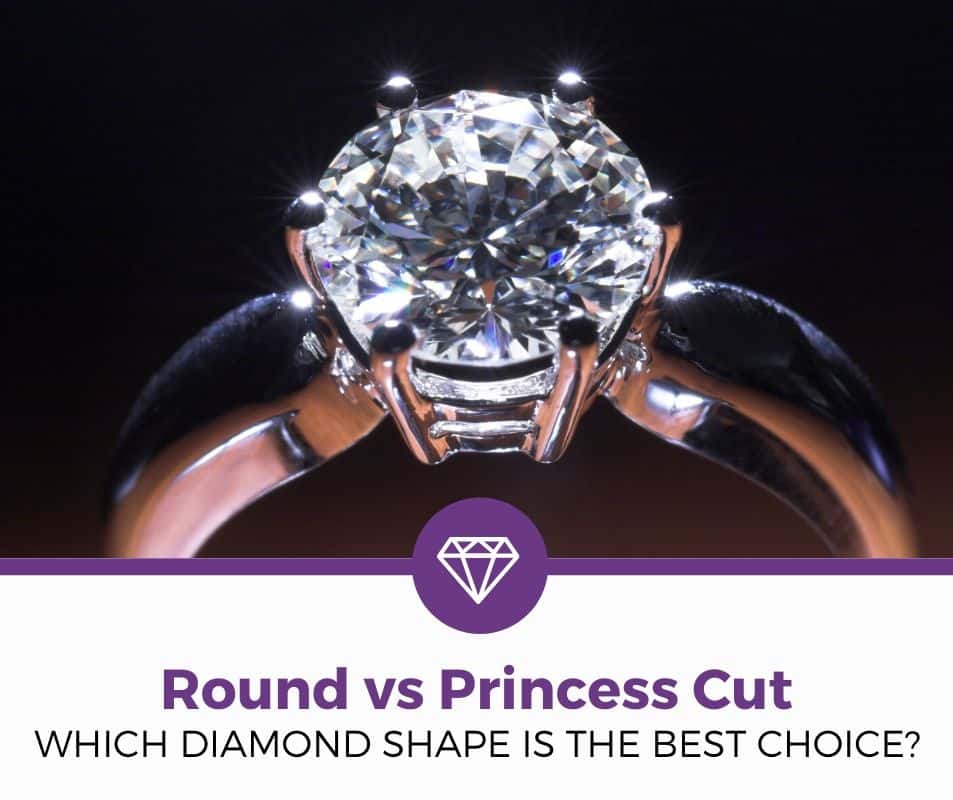 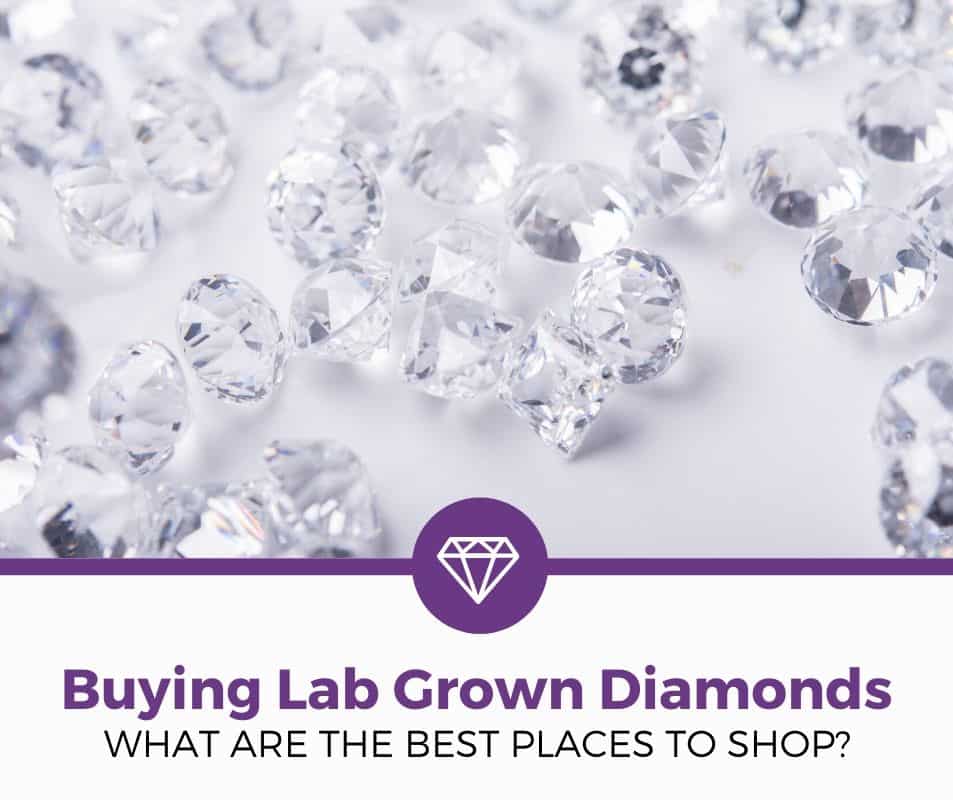 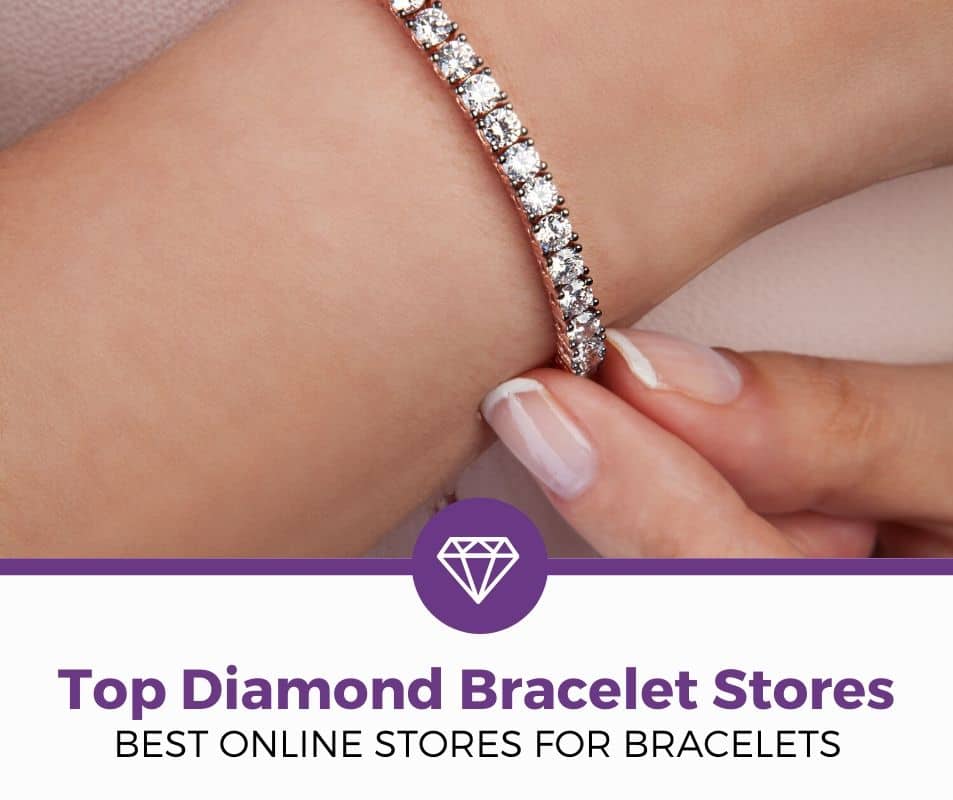 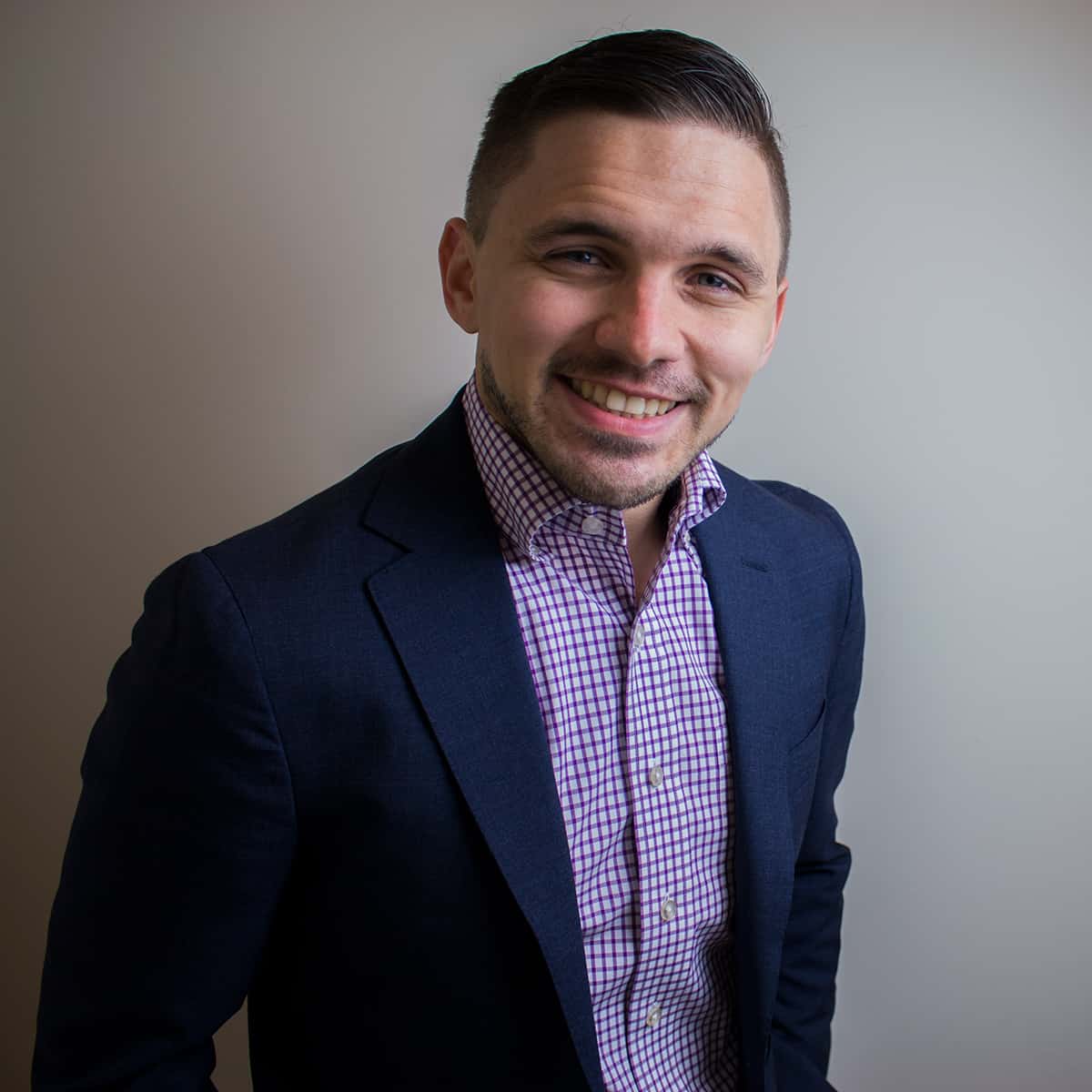 Hey I'm Shane and I run this site. I have a passion for helping people learn about jewelry. With so much to choose from, what're the top brands and what makes jewelry actually worth buying?

Scroll back to top