Want to know the difference between claw prongs and round prongs?

You're in the right place. In this Learning Guide, I'll answer the top questions about these two prong styles: 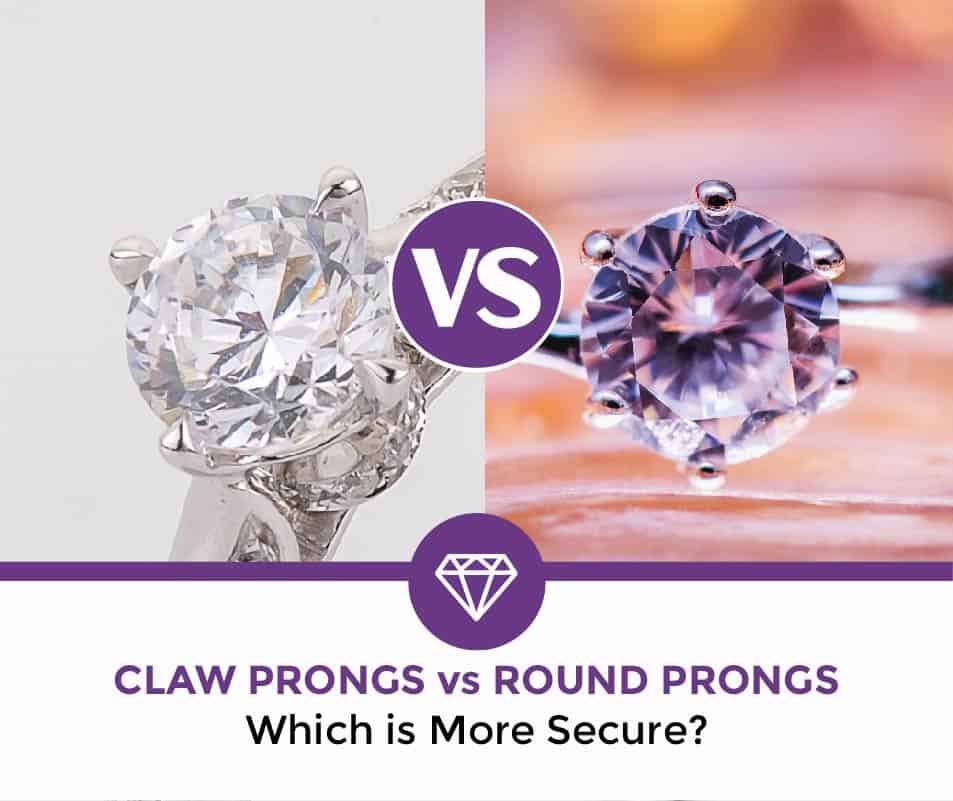 Main Differences Between Claw Prongs vs Round Prongs

What Are Prongs For?

The main function of prongs on an engagement ring or any other ring is to secure the stones in place. Prongs can be made of any metal that's able to be molded over the stone, but is most often made of precious metals. Prong settings in jewelry stores are usually made of gold, platinum, or sterling silver.

Prong settings feature any ring setting that needs prongs to hold the center stone in place. That being said, there are different prong styles to choose from. Today, we're comparing claw prongs and round prongs.

Claw Prongs and Round Prongs: Appearance

Most engagement rings found in stores have four prongs around the center stone. However, many also have 6 or 8 prong settings.

Claw prongs are a unique aesthetic for your engagement ring. The metal prongs come from beneath the center diamond and grasp over the edges like talons crafted in precious gold or platinum. 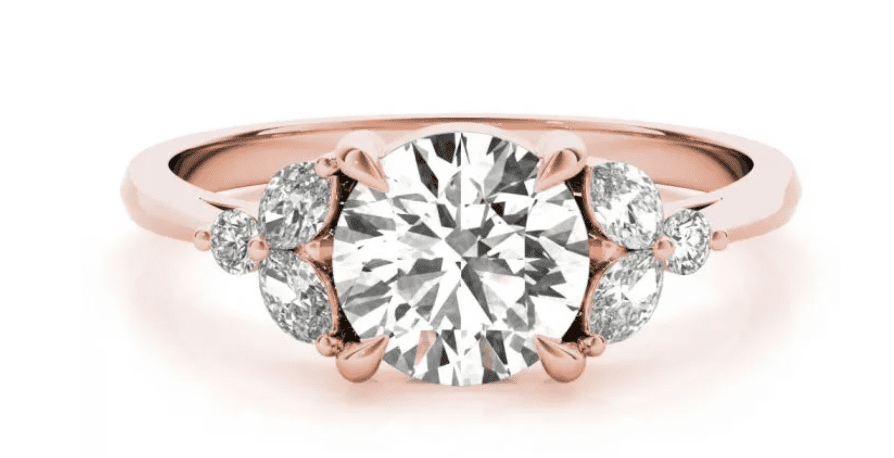 Many people love the look prong style of claw prongs. Instead of remaining the same width, they taper at the end to look like claws. While "claws" aren't the most delicate name, they add a bit of style than many can't help but adore.

Some people love the look of claw prongs so much, they want even more of them. Double claw prongs are a big hit among fans of this style. 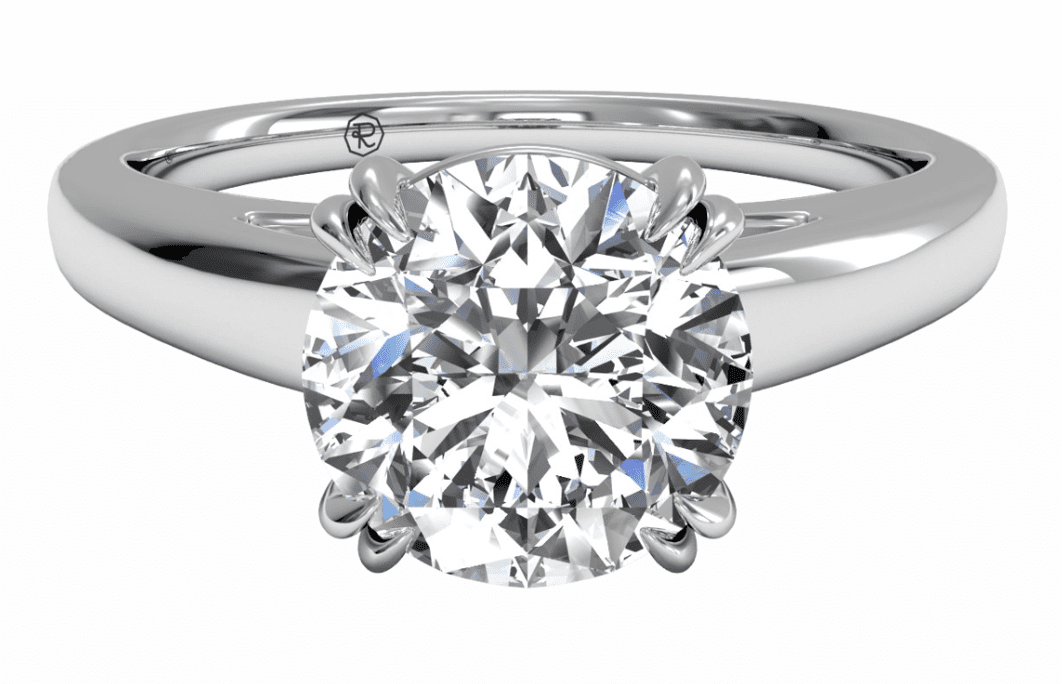 Others aren't fond of the way claw prongs extend over the diamond. Some say claw prongs make it so less light enters the diamond, especially if choosing a six prong or eight prong ring design.

In that case, you might prefer petite claw prongs. These are smaller versions of the claw prong look, and they cover less of the diamond's surface while still keeping it secure.

Having round prongs isn't the most exciting for a diamond engagement ring. But hey, there's a reason most rings have round ones. They are the most popular and timeless. 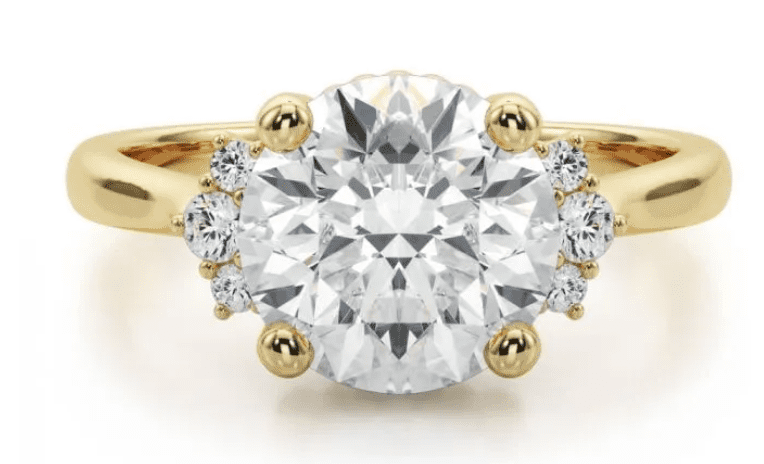 In comparison to a claw prong engagement ring, round prong styles are likely to remain a classic and timeless style. One might enjoy the alternative look of prongs in their 20s, but might not love them so much when they're in their 50s. Round prongs won't have that issue.

Round prongs come up from the bottom of the center diamond and are nestled against the edges of your diamond ring. Though they do not extend over the diamond's girdle, they are still secure. The tops of round prongs have rounded edges. Rounded prongs are very versatile and can be great for any diamond shape.

However, most people opt for V shaped prongs for diamonds with pointed edges. Those diamond shapes can include a princess cut diamond, marquise cuts, or heart shaped diamonds. A V prong carefully nestles itself around the sharp edges of these shapes better than a rounded edge would do. 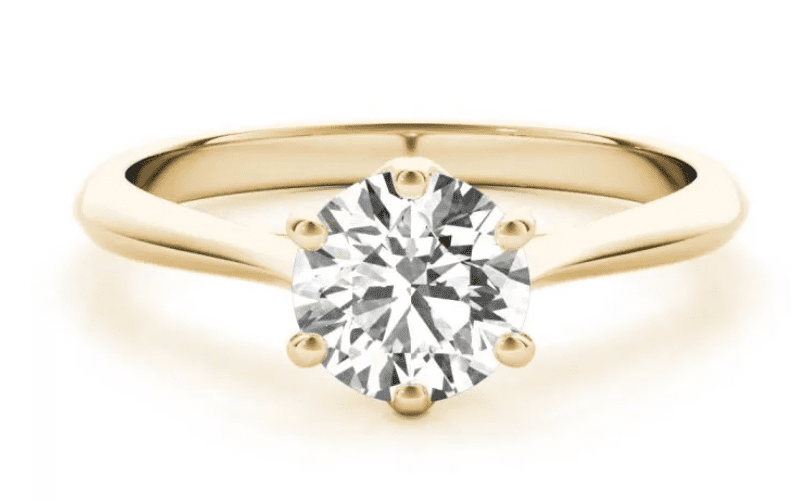 Having a set of round prongs is ideal for shapes with softer edges, which is why you normally see them a on round-cut diamonds or cushion cut diamonds.

Claw Prongs and Round Prongs: Durability

Both claw prongs and round prongs are effective at keeping your diamond secure. They also have the same vulnerabilities of wear and needing to be retipped. They both can snag and break off the engagement ring as well.

On a claw prong setting, the prongs extends onto the diamond's crown. This is the top half of the diamond, the face-up view. With double prongs, you have 8 of them grasping onto the crown.

Because of the way a claw prong extends over the surface, it is said they're more durable than rounded prongs. 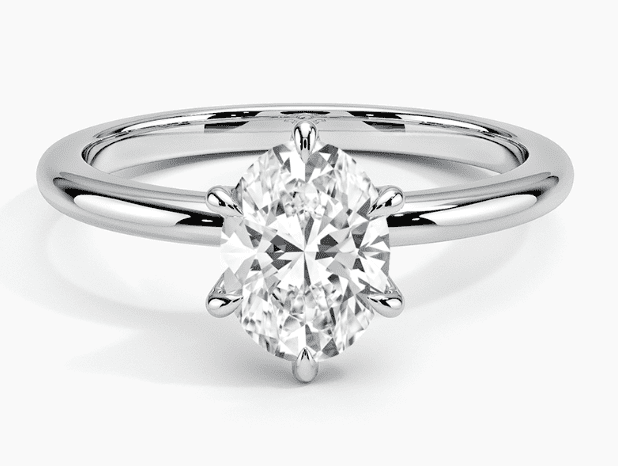 On the flip side, the pointed prong edges of a claw prong on an engagement ring is more likely to catch on fabrics. If prongs catch too many times, they can be pulled off of the diamond, leaving it vulnerable to becoming loose.

A round prong ring holds a diamond just a securely as any other set of prongs. It doesn't extend as far onto the diamond as a claw prong, so it also lets in more light to the diamond in your engagement ring. That means it may sparkle just a bit better than a claw prong.

Either prong style is going to keep your center stone in your engagement ring safe. However, claw prongs just offer a little more protection, especially if you have doubles.

Like flat tab prongs, round prongs won't catch like a claw. After lots of wear, they could still get worn down and need retipping.

Claw Prongs and Round Prongs: Cost

The cost difference between a claw prong setting and round prongs isn't terribly different. It's hard to determine an exact numerical cost because ring settings are priced by the amount of gold used, complexity, the karat of gold, and other factors.

But just to give you an idea, here's two rings from our friends over at James Allen with the claw and round styles. 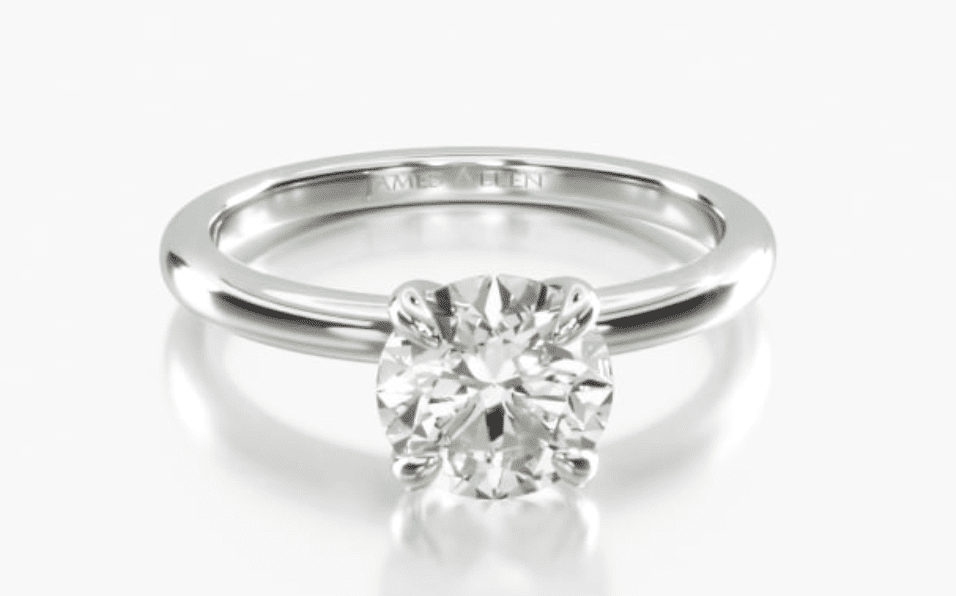 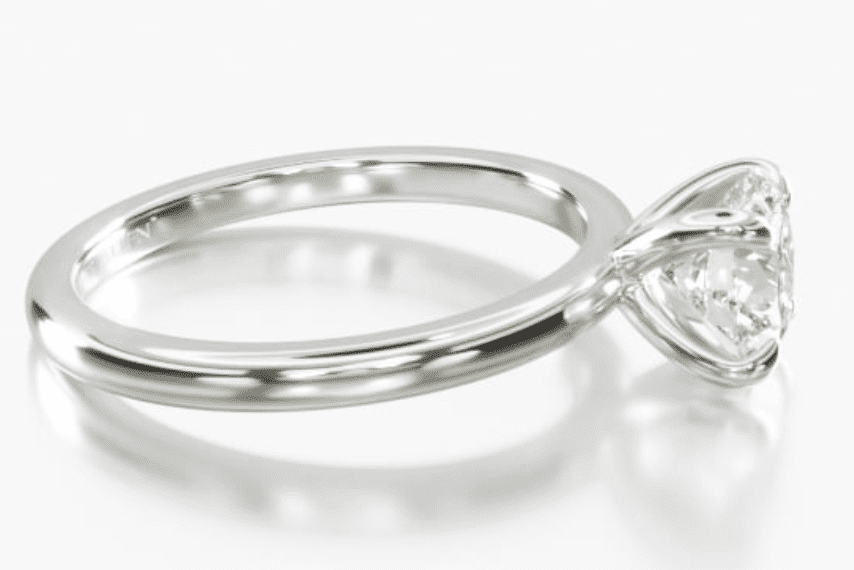 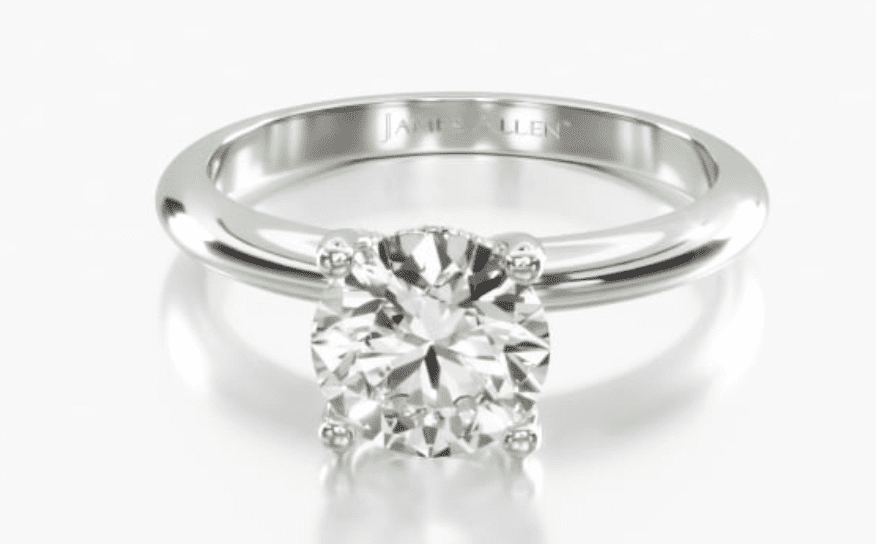 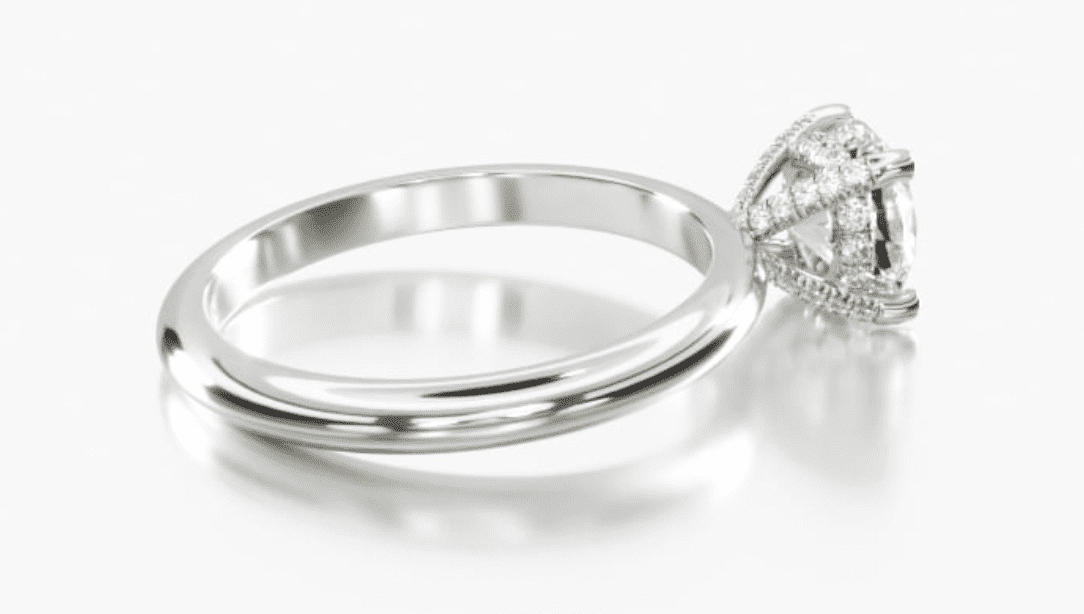 The truth is, there is no perfect prongs for a perfect ring. An engagement ring is made of soft precious metals and worn throughout the years. it's going to need maintenance at some point.

Both claw and round styles on an engagement ring are durable. The main difference between the two styles is aesthetic and personal taste.

If you're looking for round prongs or claw prongs, I recommend checking out James Allen. In addition to single claw prongs, they even have options for double prongs too.

I hope you have an idea of the difference between round prongs and claw prongs after reading this guide. Happy ring hunting! 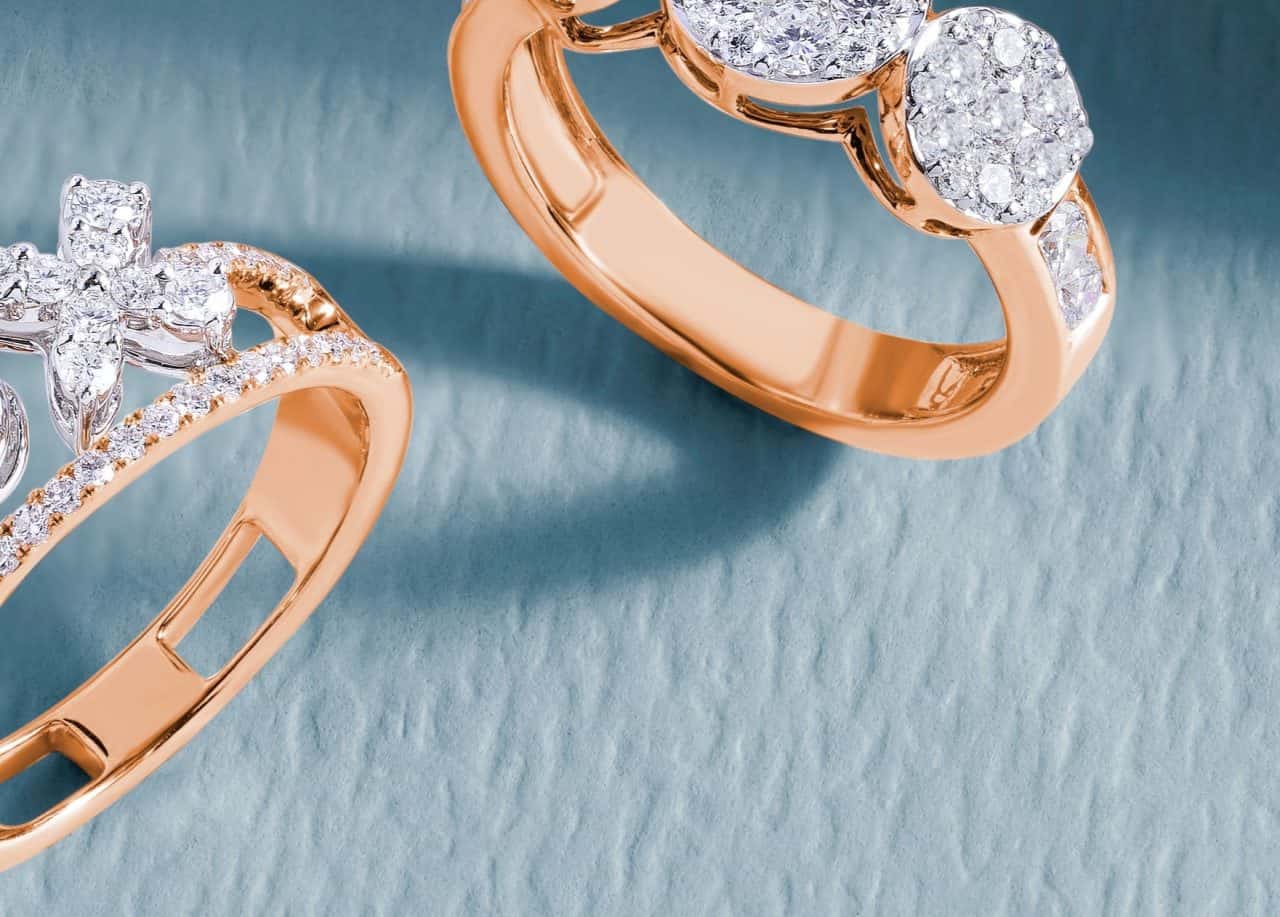 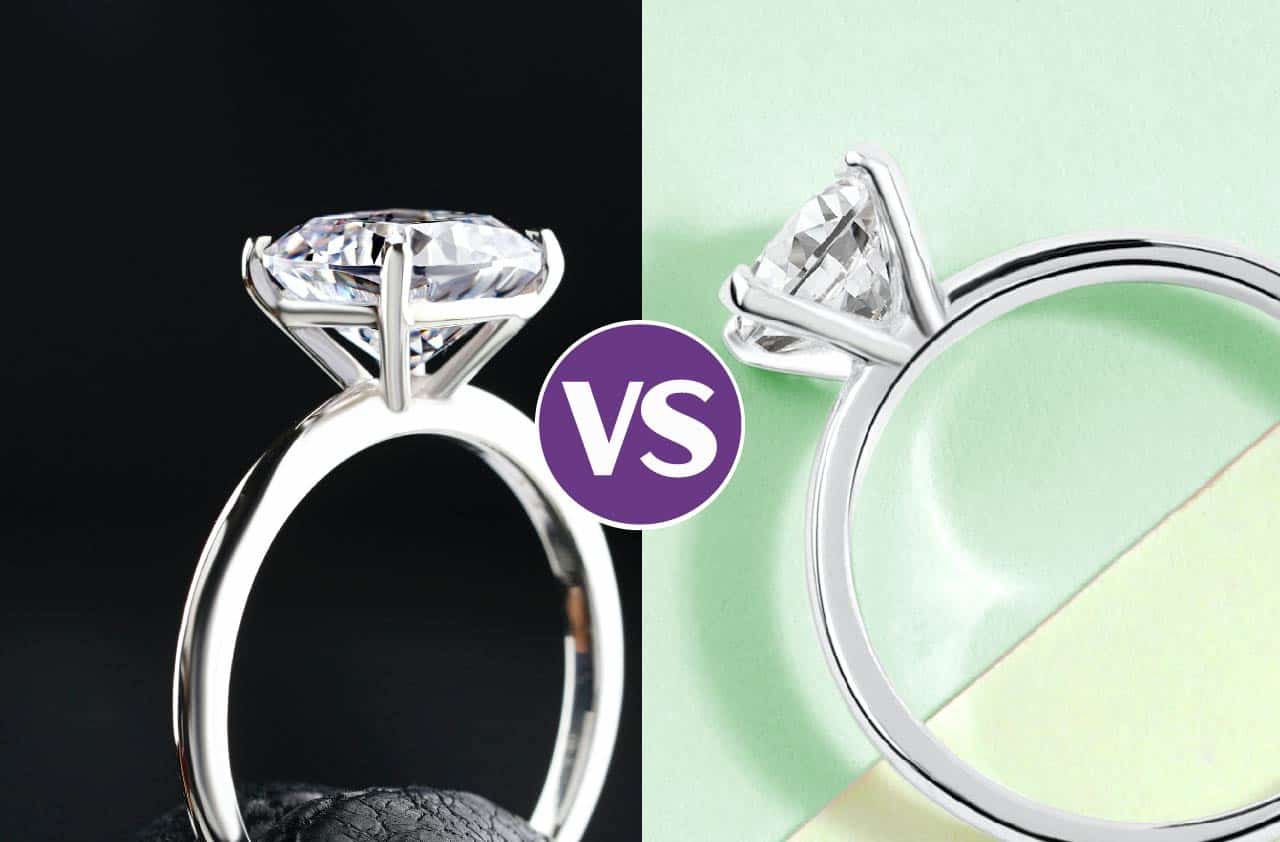 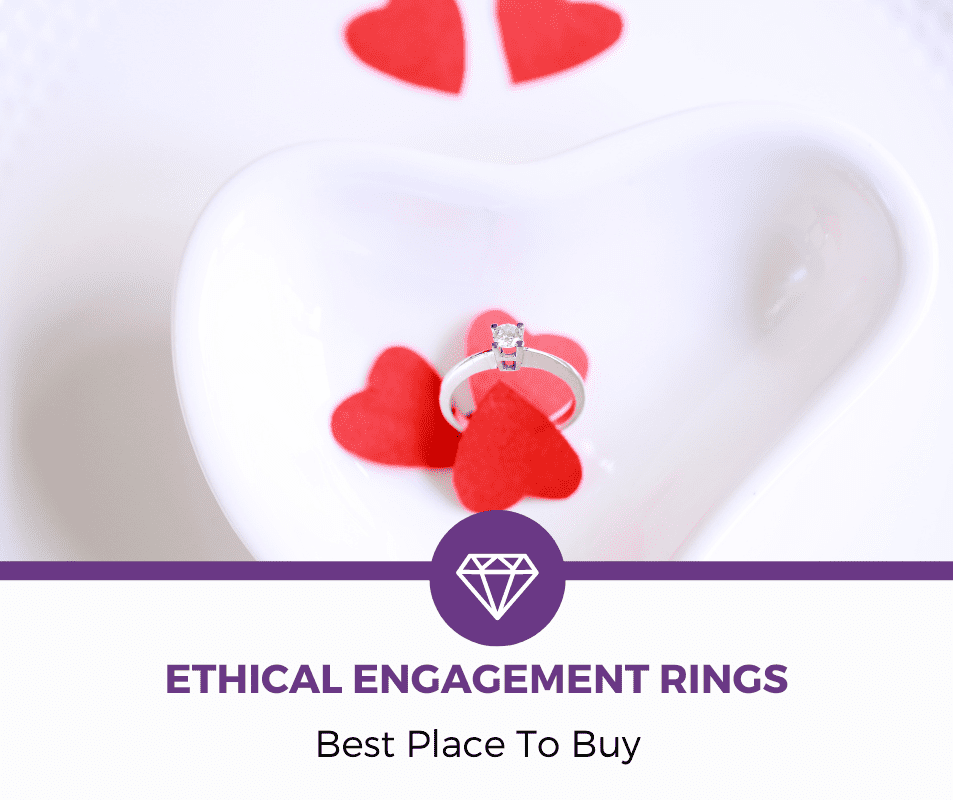 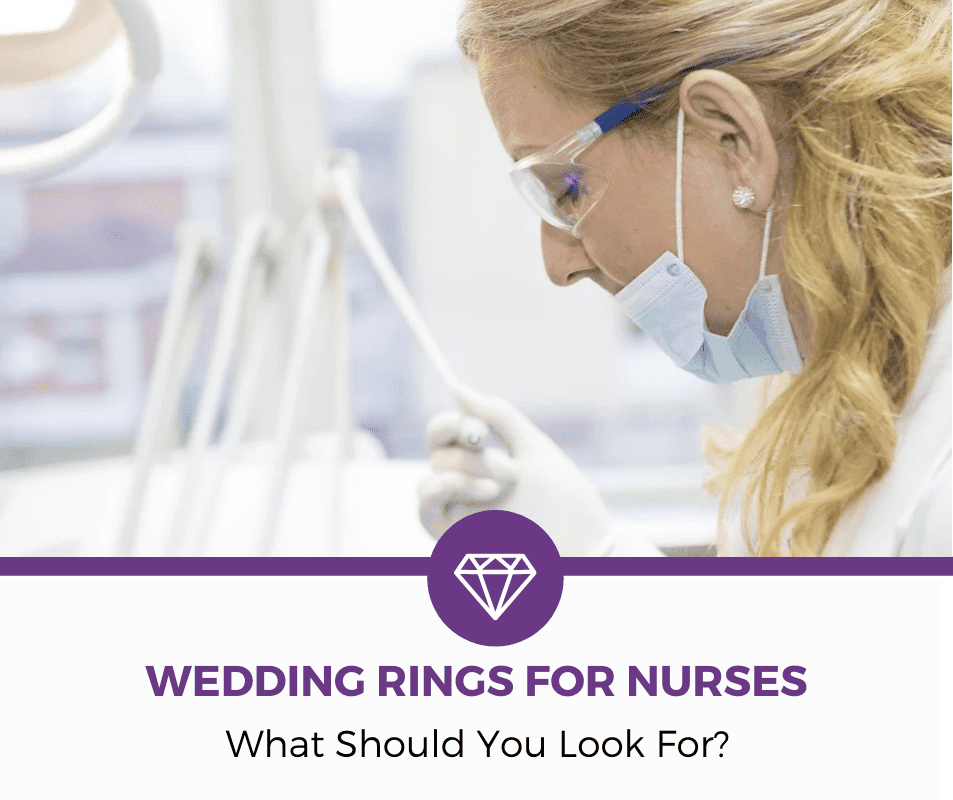 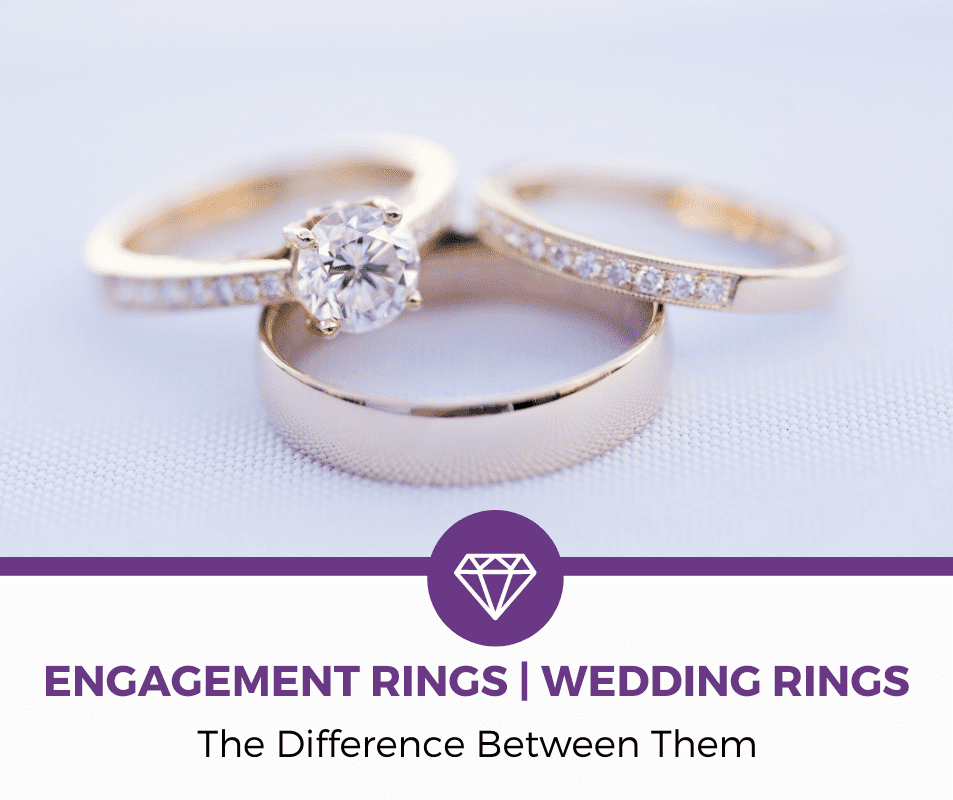