Wondering the difference between red agate and carnelian?

In this Learning Guide, I'll answer the following questions about these closely related stone.

Red agate is the a variety of the mineral chalcedony. The chalcedony family is a big one, and confusing at that. Agates, jaspers, and carnelian stones are all varieties of chalcedony. Agate is made up of three types of rock: chalcedony, microgranular quartz, and cryptocrystalline silica. 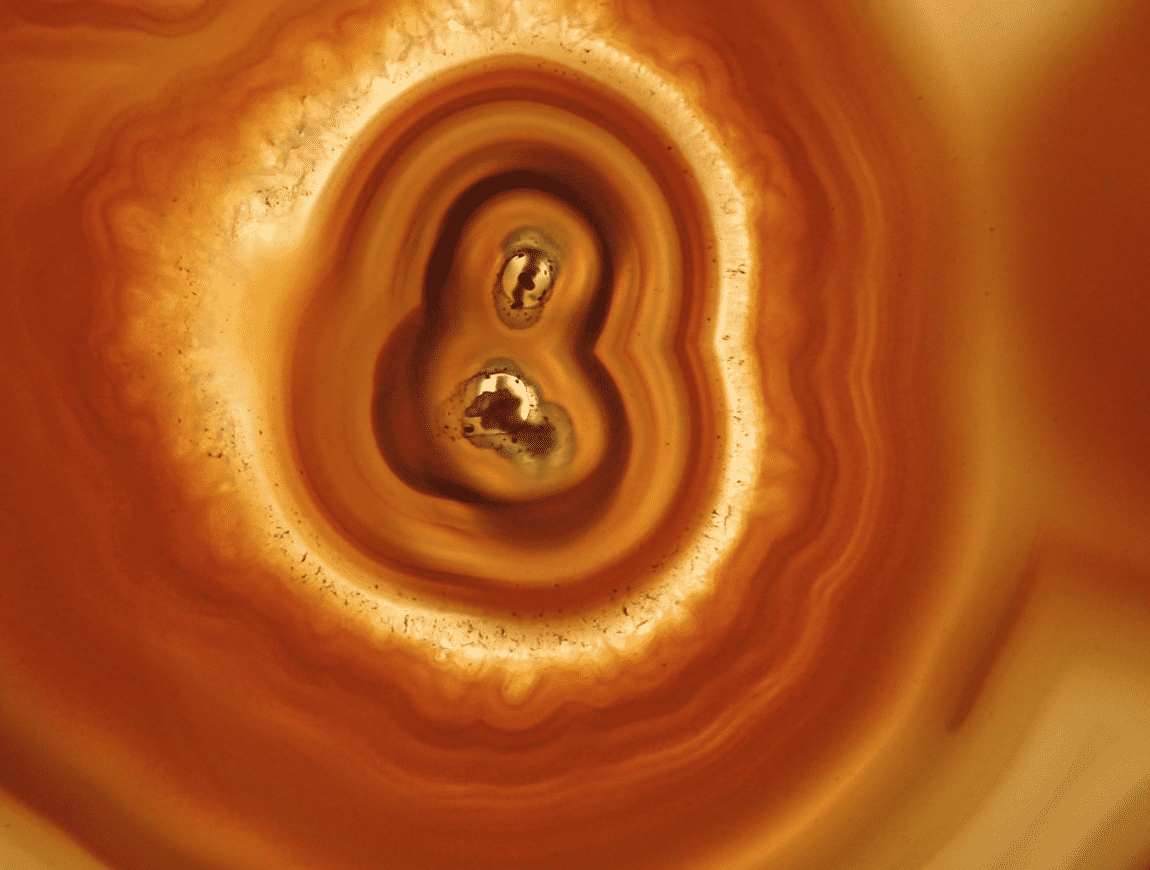 Agate forms in igneous rock cavities in concentric layers. It's these layers that created the banded forms of this chalcedony variety. Agates are never faceted, but are often shown in slabs or slices to display the unique bands and coloring.

Agate stones come in different colors from various elements as they're forming. They are so abundant all over the world. Many agate stones are known to come from Brazil.

Today people use agates for coasters, wall clocks, windchimes, and other home decor stuff. Agate stones are the alternative birthstone for people of the Gemini zodiac sign.

Agates are also used for in healing crystals. It's associated with the root chakra. Out of the 7 chakra, the root chakra serves as the grounding foundation. The center of the root chakra is on the pubic bone. Its other healing properties include helping dispel blood disorders, protection, safety, and helping the wearer overcome challenging situations.

It is said agate stones have been used since 3000 BC. Ancient Egyptians, early Mesopotamians, and Sumerians used agates for rings, necklaces, beads, and other ornamental figures.

The general rule is multi colored chalcedony is agate or jasper. They may have bands, leafy inclusions, or feather inclusions. The solid orange variety of chalcedony is carnelian.

Carnelian is semiprecious stone that have been used since ancient times. They would use in jewelry, as seals, or other ornamental figures. Carnelian stones were associated with royalty. Kings actually. The name of comes from the Latin word "carneus", meaning fleshy. 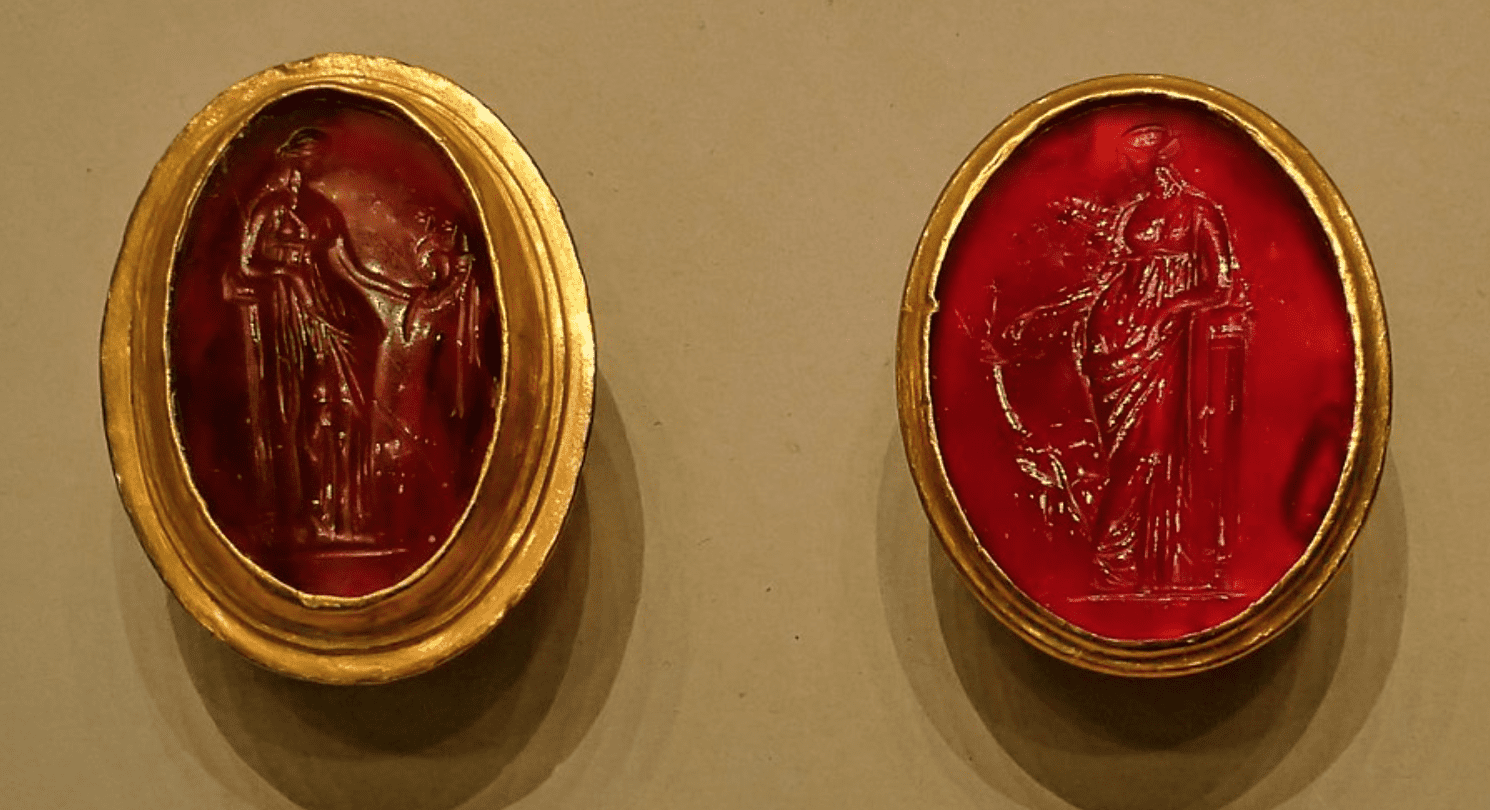 Ancient Egyptians associated the stone with their sun god Horus. Carnelian today is very popular with those who work with healing crystals. Like other red gemstones, carnelian is often associated with blood disorders and nosebleeds.

It has also been believed to help stimulate romantic and sexual desire. That's one of the reasons why a carnelian heart is a popular form of the gemstone. This is due to the gemstone's connection to the sacral chakra. The sacral chakra is the pleasure center of all the chakras.

Majority of carnelian stones come from India. You can also find them in Brazil, Uraguay. and Egypt.

Some people think that fire agate and red agate are the same stone. Red agates are mainly banded, but fire agates have iridescent coloring, similar to mother of pearl or Mexican fire opals. Flashes of red can be seen in fire agate, but the base color of the stone isn't red. 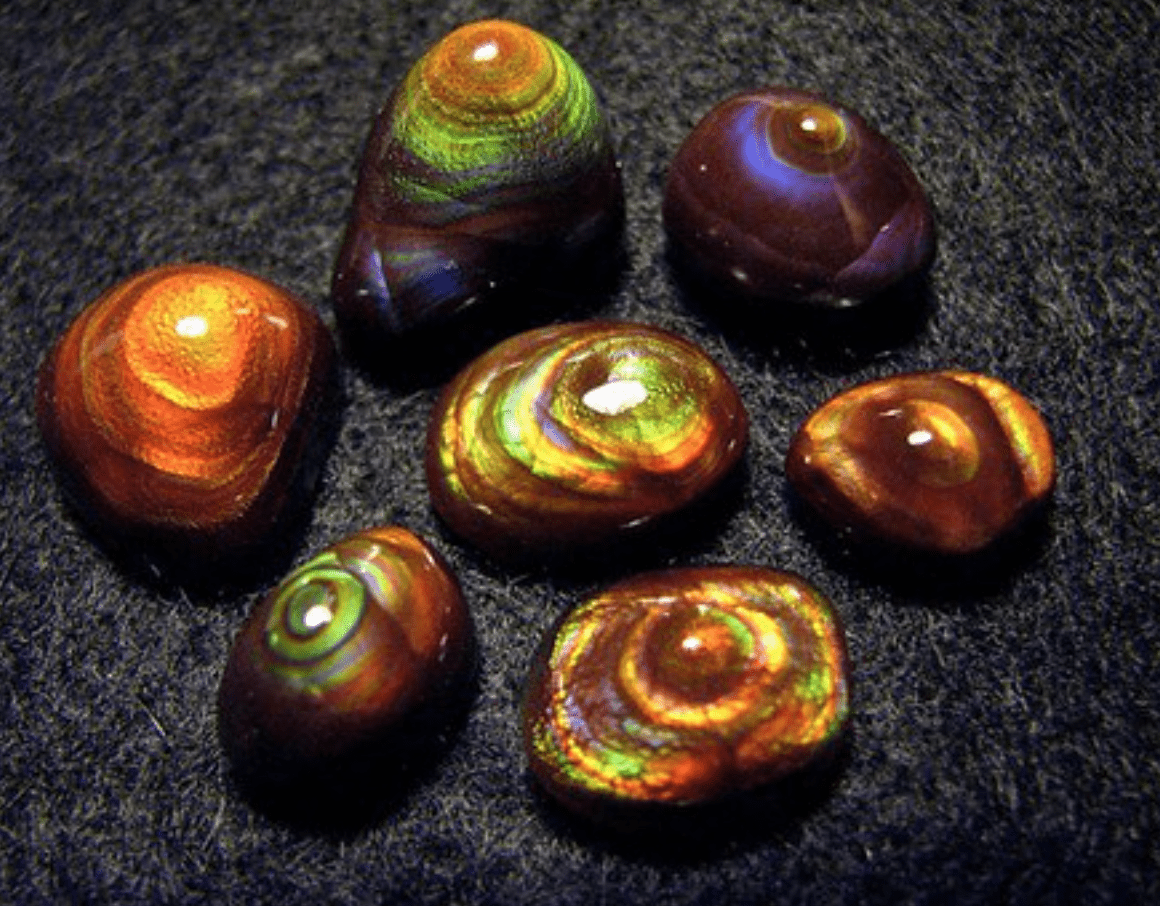 A red agate gets its coloration from iron oxide when it forms. It causes the stone to be the color orange, red, brown, and shades between. These colors form in horizontal layers.

Red agates are banded, which is what distinguishes them from carnelian stones. Depending on the locality of red agates, the colors may vary. Most have deep red and orange to reddish brown colors. Others may alternative between red orange and white bands. Here are some of the physical attributes of red agates around the world:

Read also: How Are Lab Diamonds Made?

Red agate isn't expensive. Most agates aren't, unless they're exceptionally large or made into home decor. There's no need to create them in a lab. Similarly, you shouldn't run into anyone trying to pass off another stone as agate.

Some people confuse geode slices with agate slices. Many people also make resin and glass geode and agate art, but they're not real stones. 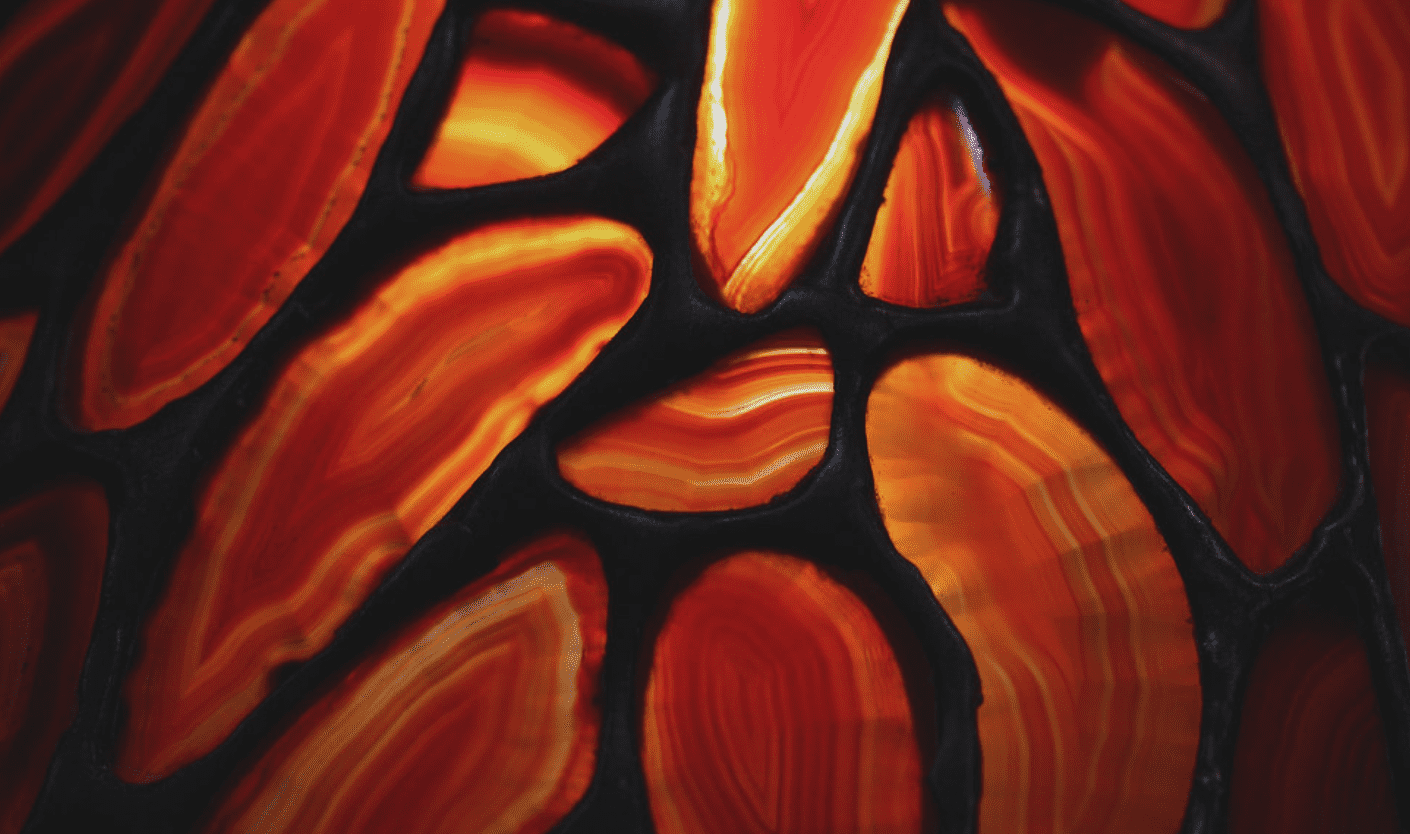 The only thing you should be aware of when shopping for agates is dyed agate stones. Chalcedony is a very porous stone and takes to dyes well. Dyed agate can be dyed to enhance the brightness of the natural colors. It can also be used to turn them vivid colors like hot pink, bright blue, and bright yellow.

The main difference between genuine carnelian and red agate is its appearance. Carnelian stones are translucent and waxy. Their colors are mainly orange with some yellow hues. Some carnelian may appear flesh colored.

The intense orange color in carnelian stones come from the iron oxide elements while the crystal is forming. The same goes for red agate.

You should assume that both agate and carnelian have been dyed. Carnelian is highly affordable on its own, so dyes don't affect the cost of the stone.

You can obtain large crystal forms of the stone. Carnelian hearts and freeforms are very popular pieces. Personally, I'm on the hunt for a beautiful carnelian flame form.

Carnelian has no need to be lab created since natural carnelian stones are abundant gems. Chalcedony is one of the most common minerals found in the earth's crust. Despite, that most people often confuse red agate and carnelian.

Faux carnelian does exist, but can be identified by its coloration. If the stone is solid orange or red, it's likely fake. Real carnelian crystals should have slight shifts in the hues of the stone.

The price of red agate will depend on the piece itself. Agate jewelry isn't expensive because it contains small pieces of agate. Ornamental red agate pieces like coasters and clocks can get expensive quick.

The price of red agate and carnelian depends mostly on its size, form, and the way it displays colors. Neither of these gemstones are priced high in jewelry, so they don't have a price per carat.

But if we scurry over to Etsy.com, we can find large forms of red agate and carnelian for these kinds of prices, just to give you a general scope.

Aside from the price tag itself, you'll always want to know if the stone has good wearability. There's three main ways to assess that: gem hardness, gemstone cleavage, and fracturing.

A carnelian and agate gemstone both hit a 7 on the mineral scale of hardness. That means these two stones have decent resistance to scratches made by dirt and dust in the air.

It's true that both red agate and carnelian share the same crystal group as chalcedony minerals. However, there is a difference between the two stones.

The first difference is appearance. Red agate and carnelian both have a reddish orange color, but a red agate stone is banded. Most red agate stones are cut to display those bands. Carnelian stones have no bands and are cut often in large forms.

Carnelian agate is a hybrid material of both natural agate and natural carnelian.

There is also a difference in texture with these two crystals. When you touch a red agate, you can feel the coarseness of the stone. A carnelian stone will have a waxy feel, similar to an orange calcite stone.

Neither of these gemstones are expensive and are often imitations of each other. Prices will increase depending on weight and complexity of form.

Both stones are considered to have decent wearability, though you'll find carnelian stones are used more often in jewelry than red agate.

All in all, both of these stones are great to add to the collection, whether you're looking to source some high vital power from a carnelian, or admiring the beauty in the layers of a gorgeous red agate. 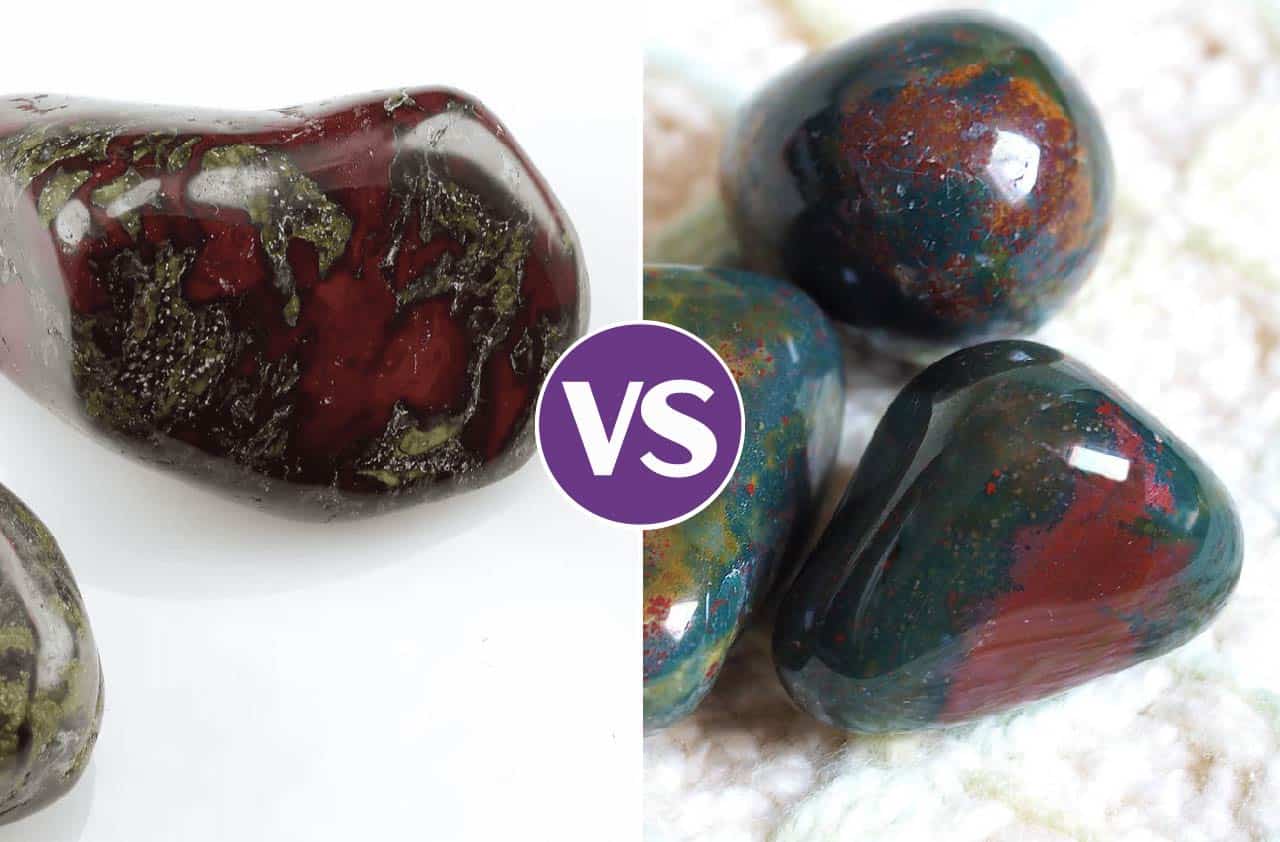