Wondering if you have fake moldavite on your hands?

In this Learning Guide, I'll answer the following questions about this popular green stone: 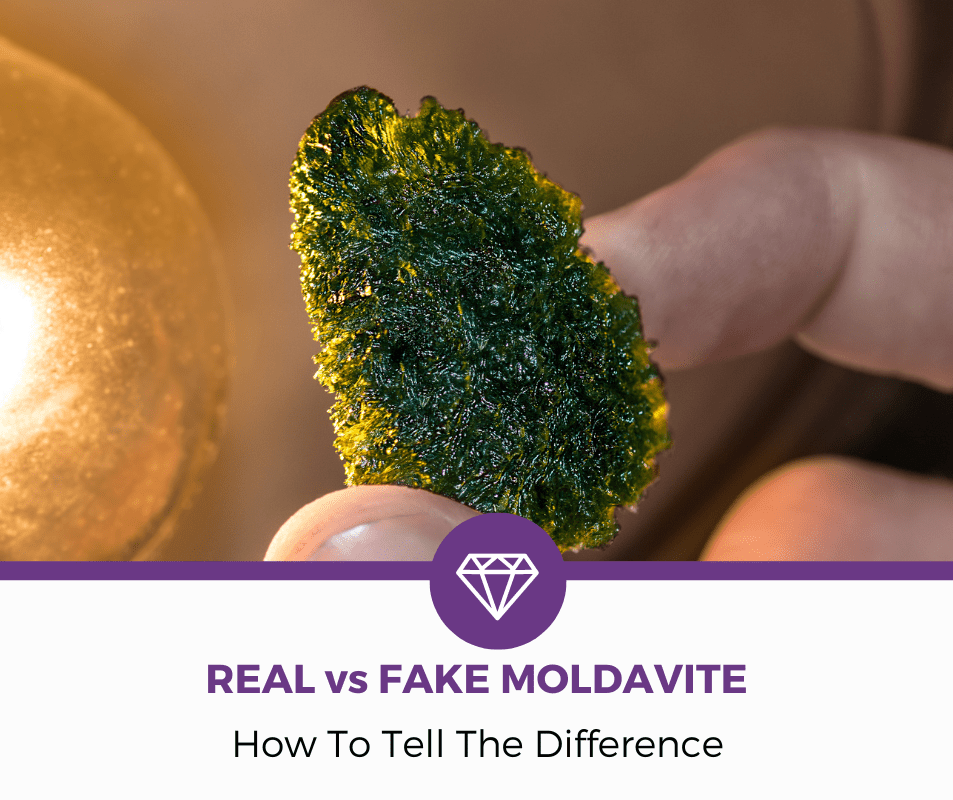 What's In This Guide?
What is Genuine Moldavite?
The Difference Between Real and Fake Moldavite Pieces
Conclusion

What is Genuine Moldavite?

Moldavite is one of the trendiest gemstones out there these days. The mega-popular social media app TikTok is to credit for that. Many videos have trended over the healing properties of moldavite and various people report their experiences with the stone. 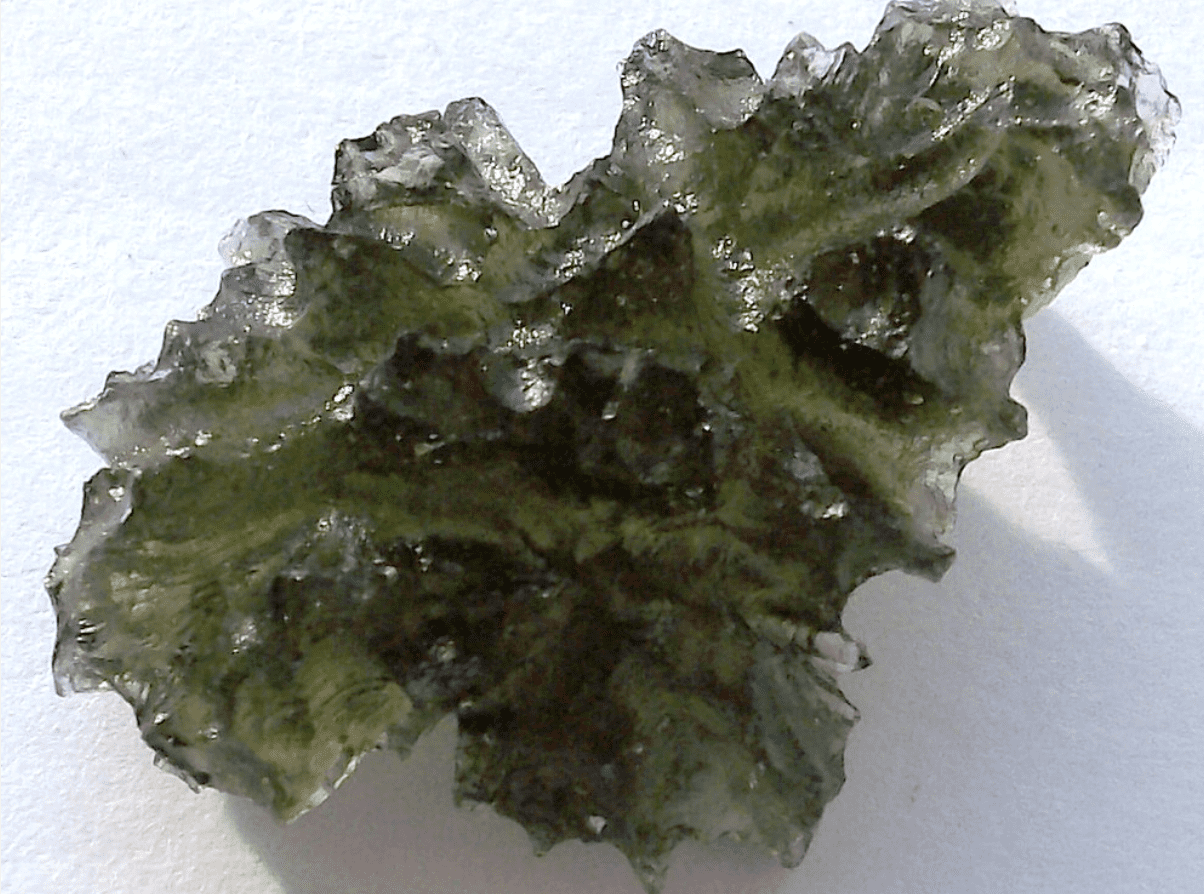 The amount of fakes and imitations of gems increase when there's a surge in popularity. Moldavite is no different. Finding natural moldavite can be a feat, especially online.

Moldavites are the most famous tectites in the world. Tektites are bits of natural glass debris from a single meteorite collision. Real moldavites are found strewn across earth's surface in the Czech republic, Austria, and southern Germany. The most famous pieces of moldavite come from southern Bohemia.

Real moldavites are rare because they are the result of one meteor impact almost 15 million years ago. There is only so much natural moldavite left in the world.  there are many fake moldavite pieces in the market.

What is Fake Moldavite? 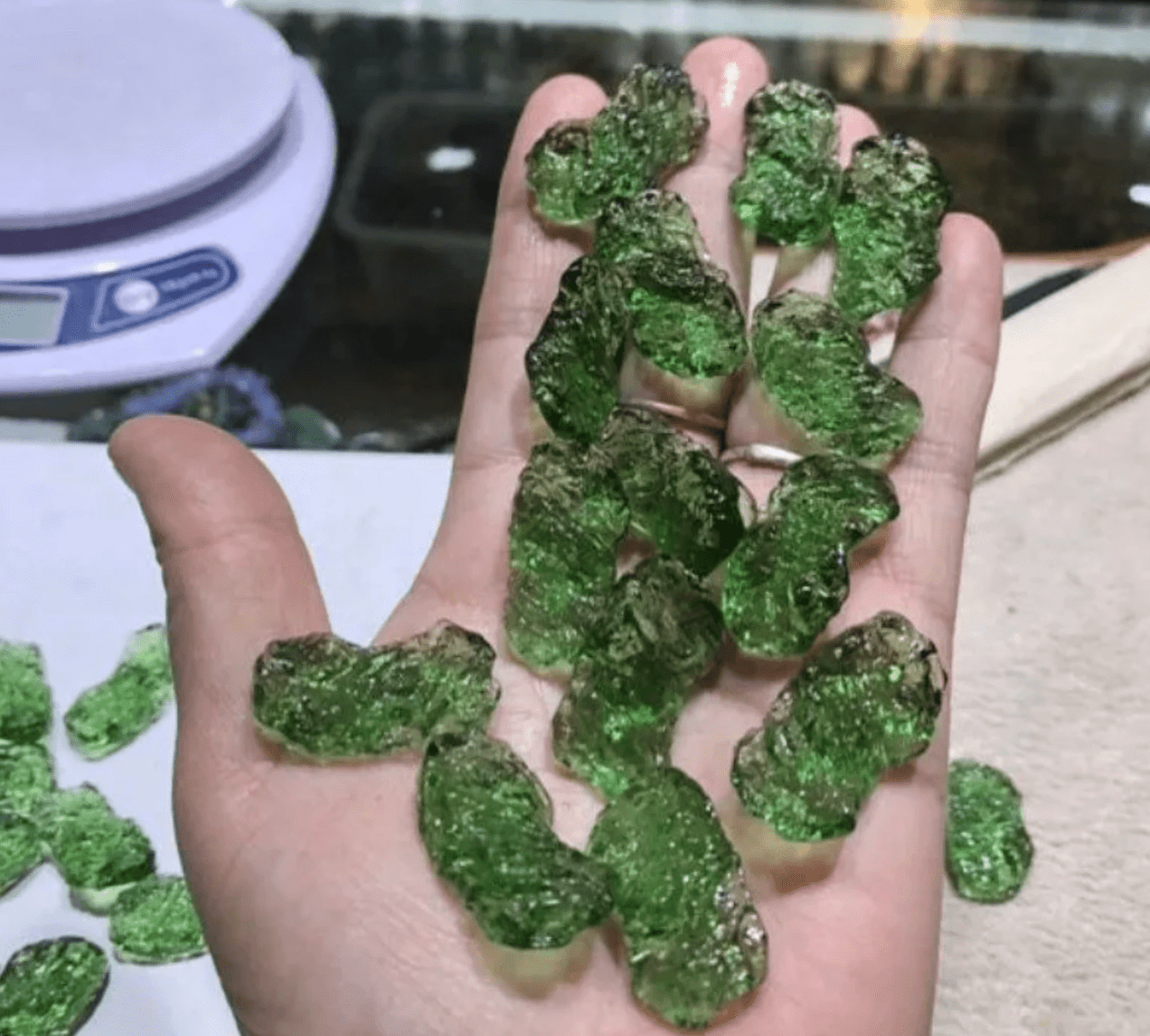 A piece of sea glass can be another form of a counterfeit moldavite. Sea glasses are bits of glass bottles, dishes, and other pieces of glass materials brought by visitors. They have been tumbled by the ocean and washed ashore.

The most common form of fake moldavite is molten glass. That's when you take glass and melt it into a high temperature liquid. The high temperature form of liquid is poured into a mold similar to the texture of real moldavite.

The Difference Between Real and Fake Moldavite Pieces

Many people selling moldavite online are selling fake moldavite. Most fake moldavite pieces are coming from places like India, China, and Thailand. Many of them say they're from the Czech Republic, but they're not.

Most pieces of fake moldavite can be identified with the naked eye. If you notice moldavite pieces that seem to be the same shapes, it's probably not a real piece. Other fake moldavite details need to be observed up close and personal. 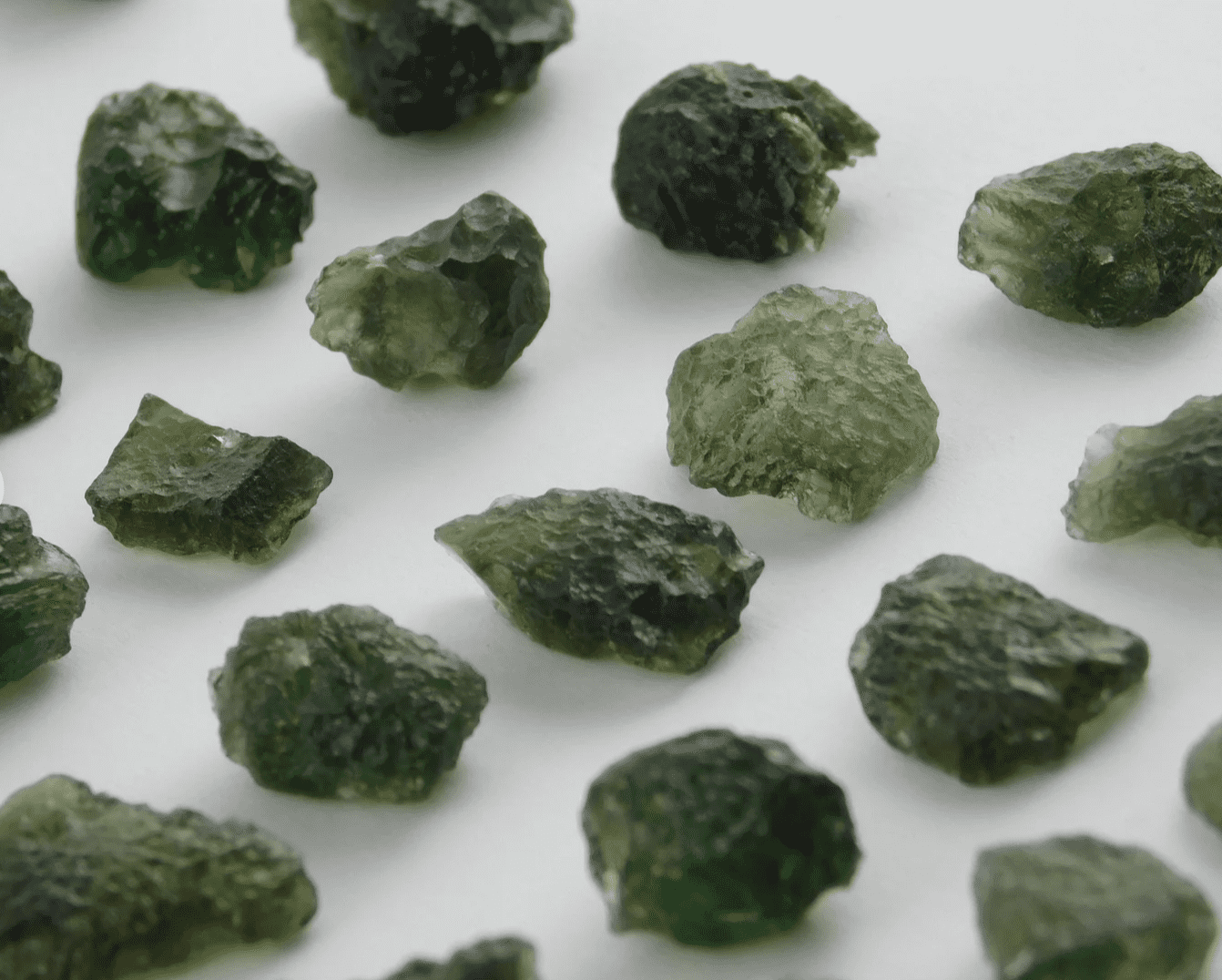 The first indicator of fake moldavite stones is the texture. While you can see the texture online, it's easier to feel it in person with your own hands. These fake pieces can't replicate the interesting etched texture of real moldavite.

However, the efforts in trying to replicate real moldavite from the Czech Republic are getting smarter. Molds have been created to imitate the rough texture of its natural form. Sometimes the seams of the mold can be seen on fakes.

Still, it can't duplicate the appearance of natural looking surface of moldavite. Fake moldavites may look rough, but still have a wet or shiny look from molten glass.

Most people search for raw moldavite. However, some people look for faceted moldavite jewelry or even moldavite beads. These pieces of moldavite have a smooth surface, very different from its raw form.

Without the rough looking texture to show us the difference between real and fake moldavite, we have to look at it differently.

A faceted moldavite stone should have inclusions of some sort. If the stone is a bottle green color with zero imperfections, it's a good indication the stone is fake moldavite. 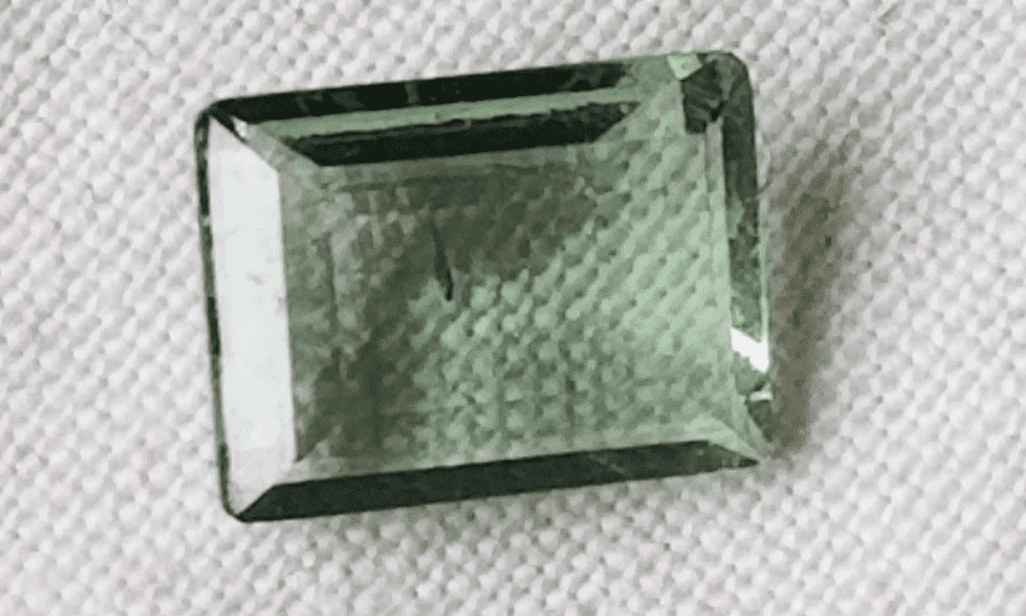 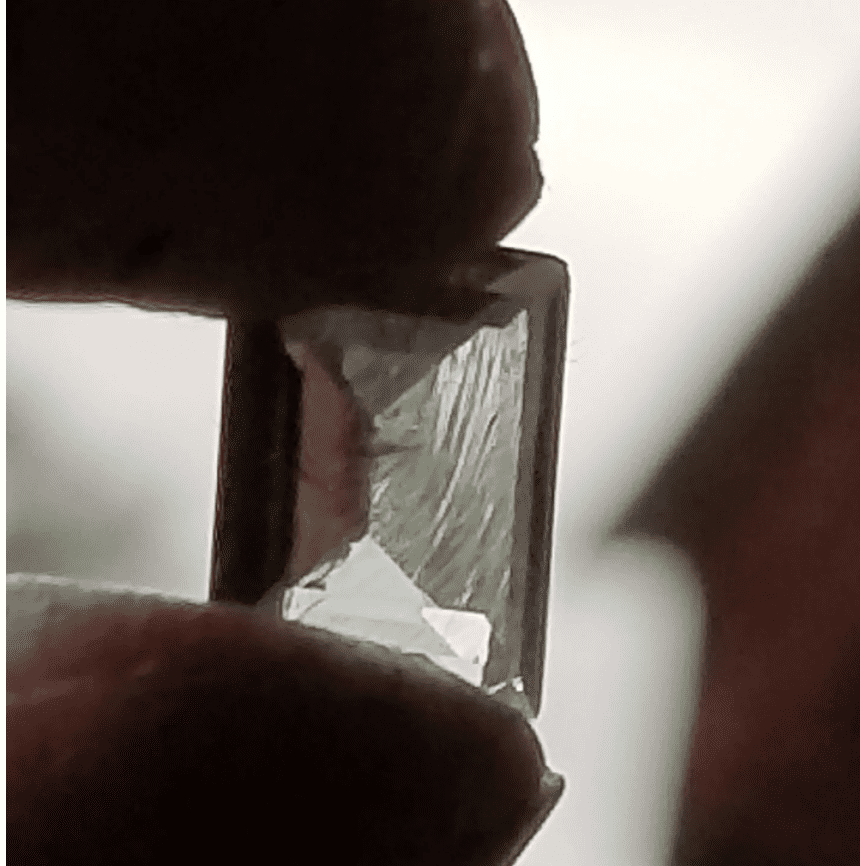 Lines on the glass shows it appears to be bottle glass.

Real moldavite has abundant bubbles and flow texture in the stone. It contains more gas bubbles than you should ever see in artificial glass. Other noticeable inclusions in real moldavite are made of lechatelierite.

Lechatelierite is a high temperature form of SiO2 easily identifiable by a jeweler's loupe or gemscope. They create spindly inclusions, similar the look of tangled wires. 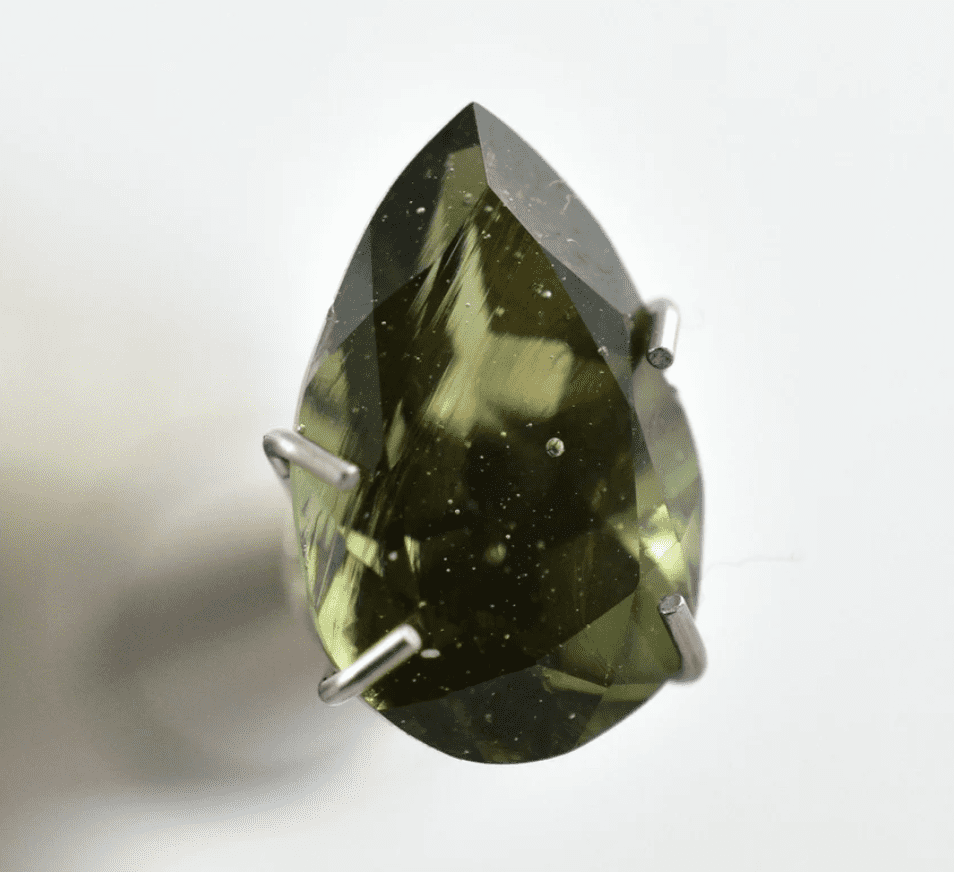 Real moldavite has lots of bubbles and flow inclusions

You might run across impressively large pieces of moldavite on sale. More than likely, these are fakes. Genuine moldavites stones don't occur in large pieces, as they are fragments from a meteorite's impact.

If you see both large pieces of moldavite accompanied by a "hot sale price", you're buying fake moldavite. Real moldavite is rare and even small pieces can go for at least $20. With the increase in demand, stones have increased.

Be careful when buying moldavites online. Many sellers on places like Ebay, Etsy, and Amazon all sell fake moldavite. You should always check a dealer's history and reviews from verified buyers.

If the price on a moldavite is a bargain deal, it's probably a fake. However, many fake moldavites on the web are priced higher too 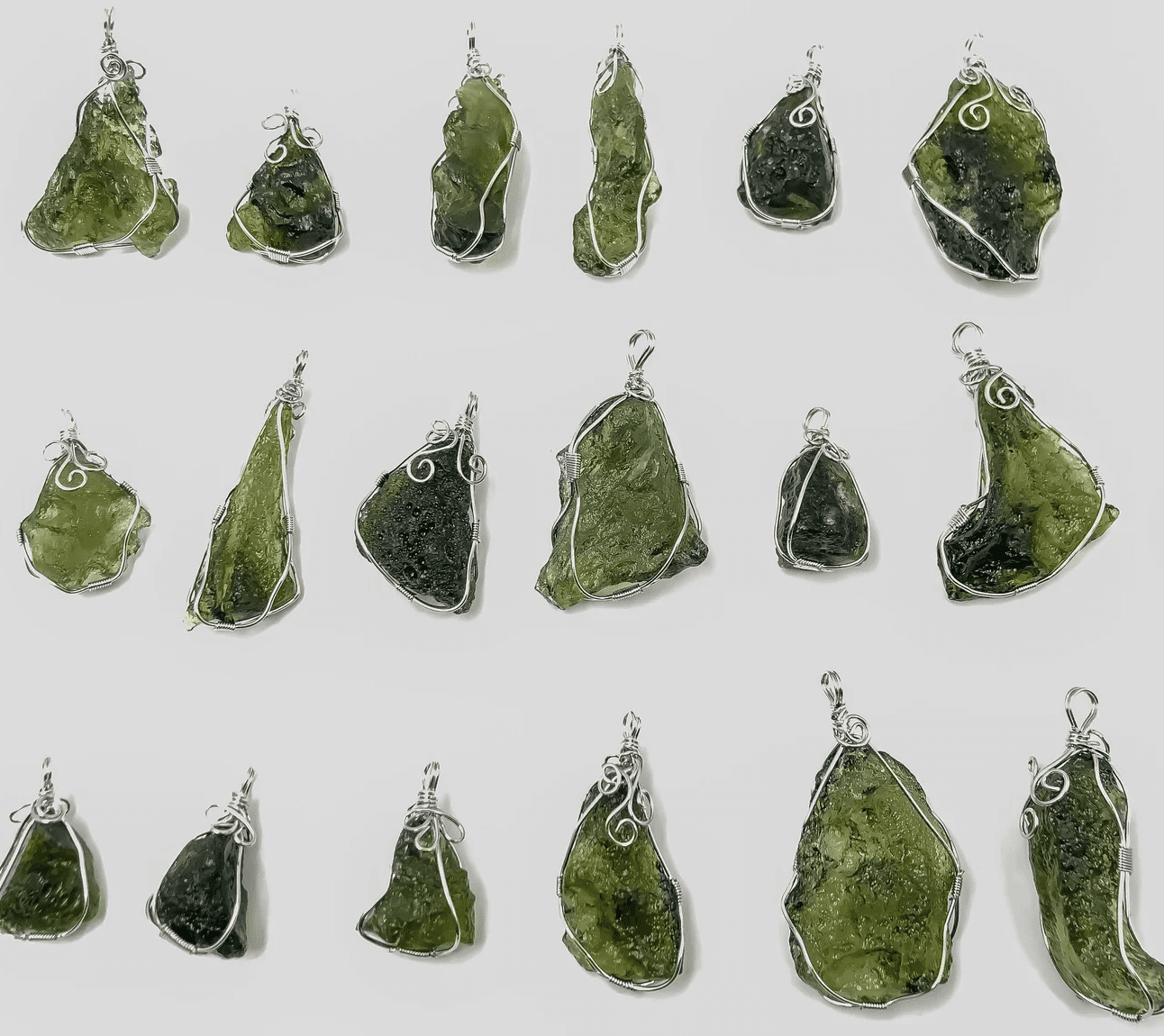 There are private parties on Facebook Marketplace selling moldavite that turns out to be fakes. Fortunately, there are many gem groups that can call out seller claims if they're dishonest.

It can be a pain to distinguish real moldavite vs fake moldavite, especially if you can't hold it in your hand. Unfortunately, you don't see many local gem dealers carrying this popular natural green glass.

If you're looking for real moldavite to add to an extensive collection of stones, you may consider purchasing a moldavite pieces with a gem certificate. A proper certifying gem authority will be able to tell if you have a real one.

Read also: What is Diamond Certification?

But if that seems like a little more effort than you want to take, there's a few indicators that can tell the difference.

Natural moldavite has a rough texture and matte appearance. It shouldn't appear shiny, unless it's a broken piece. Man made glass, sea glass, and molten glass are the most common fakes on the market.

Genuine moldavite will have bubbles and inclusions, whereas fake moldavite has very few to no inclusions. That goes for both raw form and faceted in jewelry.

Moldavite is an excellent gemstone to add to your collection, so make sure you shop for it carefully! 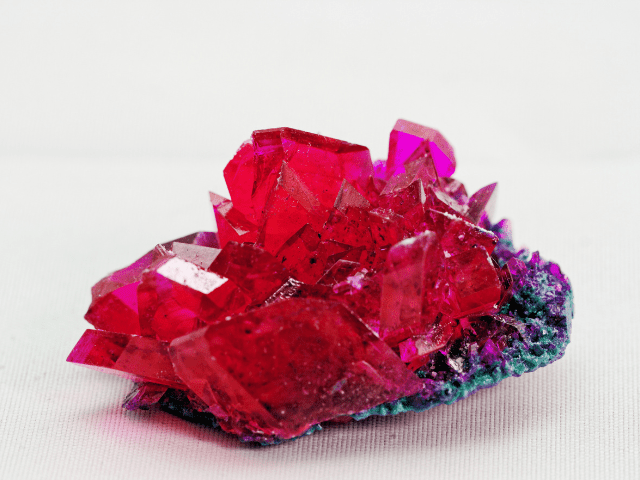 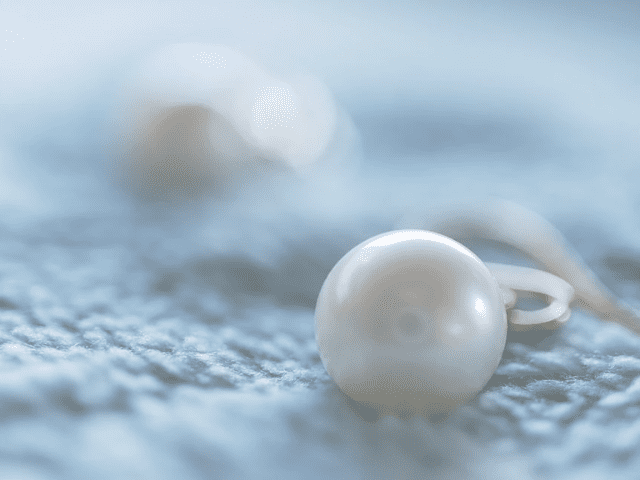 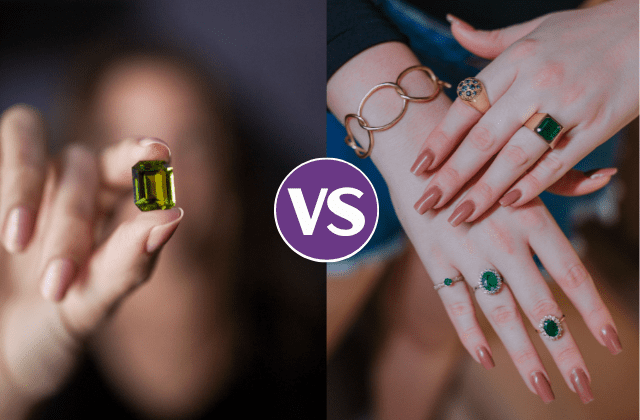 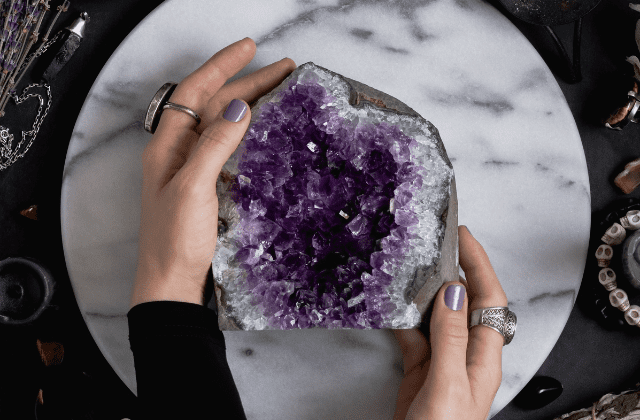 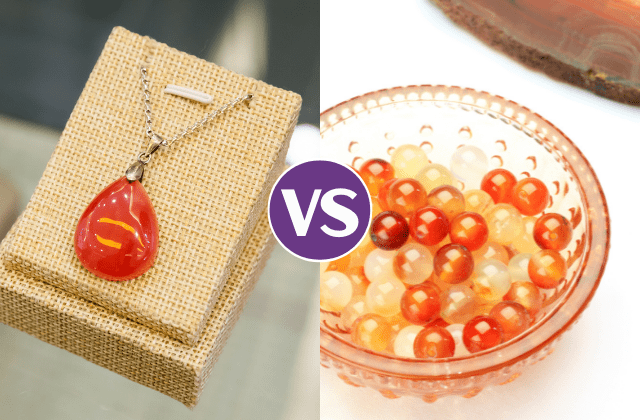 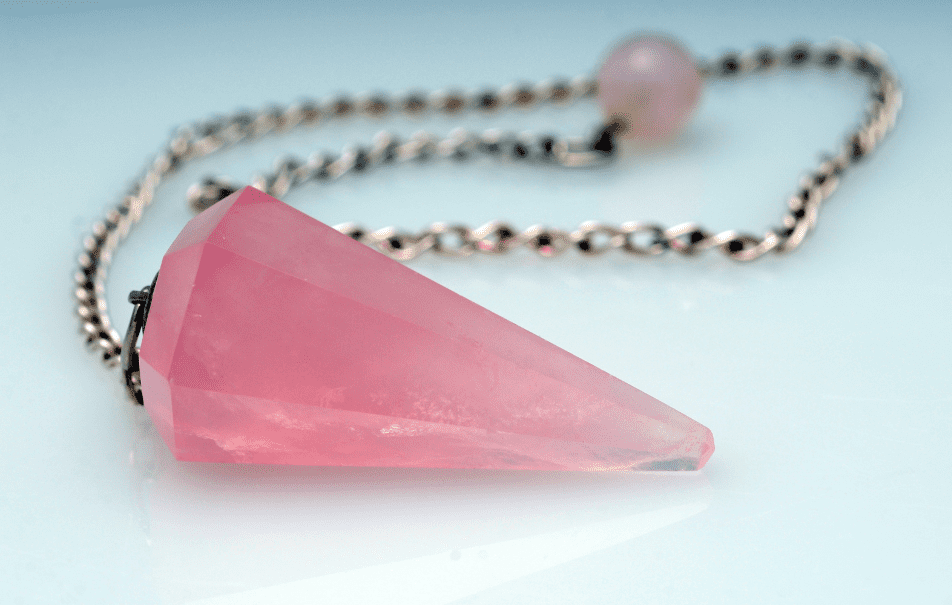