Wondering who should wear black onyx?

You're not the only one. In this Learning Guide, I'll answer the most popular questions asked about black onyx stones and their healing properties like: 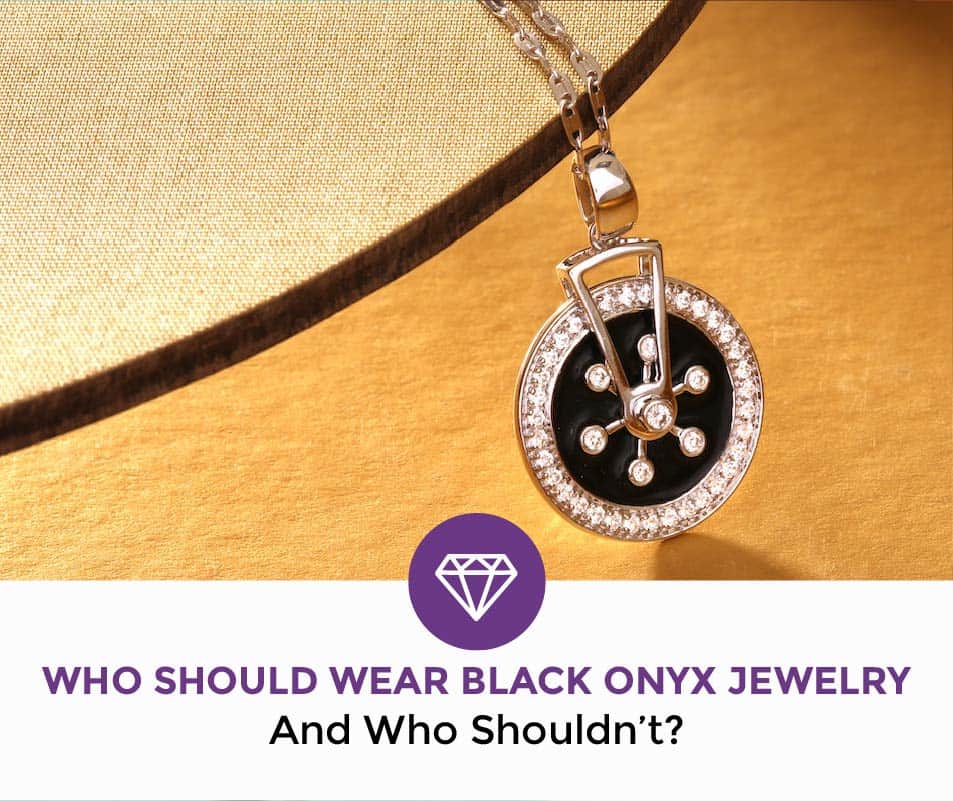 What's In This Guide?
Black Onyx Profile
History of Black Onyx
What Metaphysical Properties Does A Black Onyx Stone Have?
Wearing and Using Black Onyx in Life
Conclusion 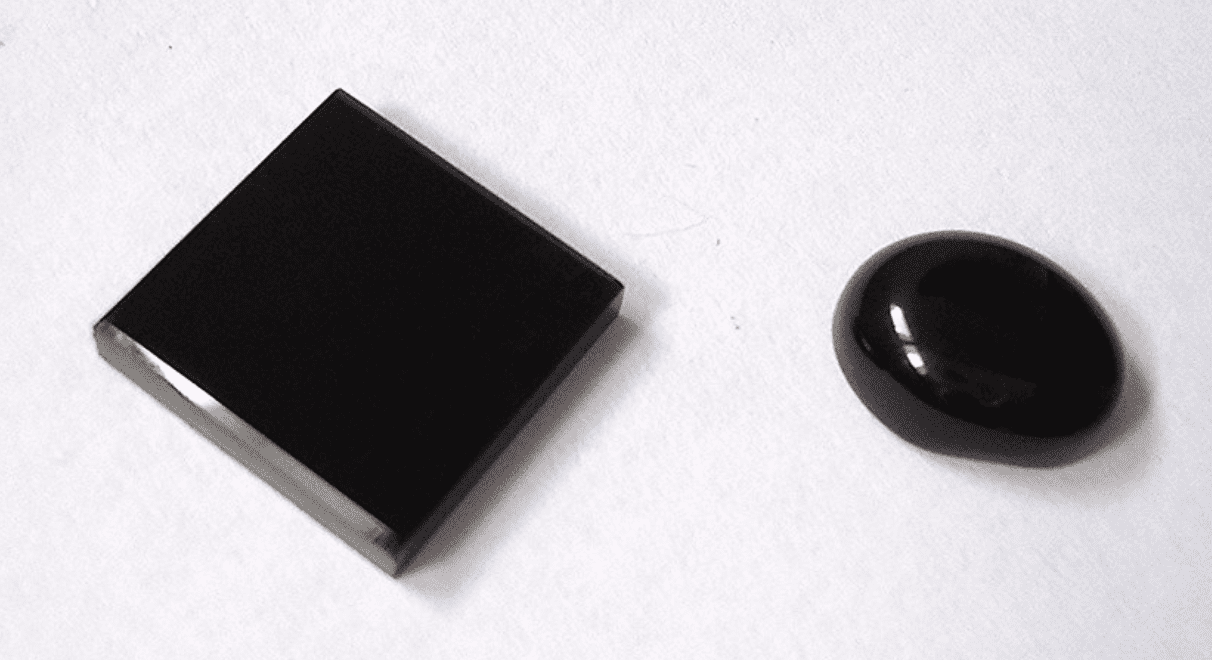 It's said that many ancient and early cultures used black onyx in their gemstone jewelry. The most common association black onyx has lies with Ancient Greece.

According to Greek mythology, the pieces of black onyx found in Mother Earth were put there by Cupid. The story goes that the goddess Athena was taking a nap on the river when her son Cupid clipped her fingernails with his arrows.

Though there are several stories and other versions of how black onyx came to be, most cultures are in agreement with how special the stone is.

When Queen Victoria wore a black jet necklace to a funeral during the Victorian era of jewelry, the interest to wear black stones heightened.

Like many black gemstones, black onyx has a bit of a negative reputation among cultures. Often described as a mourning stone, this stone was interpreted to be associated with death and bad luck. It has multiple origins, depending on who you ask.

The meaning of black onyx in Arabic translates out to "sadness".

China has very bad associations with the stone, as slaves and servants were forced to work in the onyx mines. The people believed touching onyx stones would bring them misfortune, dangerous situations, and drain their life force. 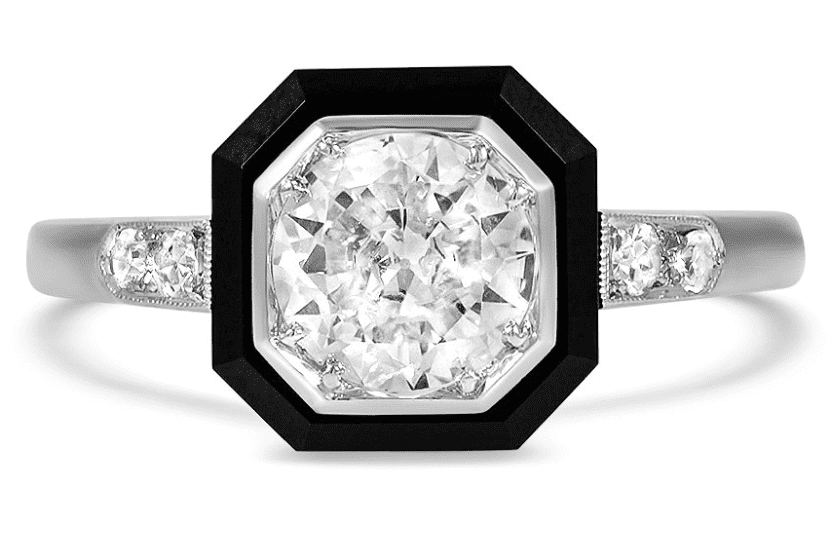 Despite some of these unsettling notions, more people that practice with crystals accept black onyx's depressing aura as an aid. Instead of causing bad habits and situations, the stones are said to help neutralize negative and intrusive thoughts. It is also considered a powerful grounding stone, along with other stones associated with the Root chakra.

A black onyx stone was often worn in the Victorian era of jewelry. It was the perfect stone for funeral wear, and a favorite gemstone to cast a dramatic look. It wasn't uncommon to find jet or black onyx rings during this time.

Aside from those who wear black onyx, the black stones are also cut and carved into beautiful art pieces, such as figurines, murals, or cameos. 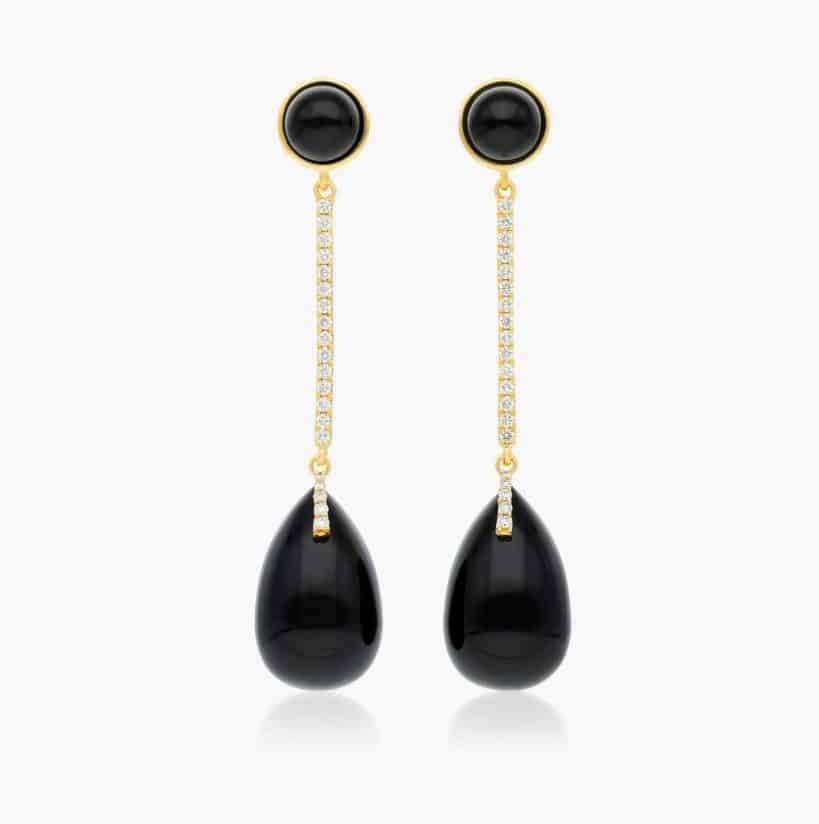 What Metaphysical Properties Does A Black Onyx Stone Have?

Alongside zodiac signs, healing crystals are just a few of the new age topics that are extremely popular and generating high interest. It's no wonder people connect the infinite wonders of space to the earth's gift of gemstones that happen by chance.

Each healing crystal is associated with a chakra and a Zodiac sign. Black onyx stones are the ideal crystals for people born under the zodiac sign, Leo.

That's not to say that other zodiac signs can't benefit buying crystals associated with other signs. These lucky people that are Leos just have an affinity for this black stone.

If you wear black onyx, there are some physical problems it is said the help. The biggest one being dispelling negative energies. Most black gemstones have this benefit, as well as being a protective stone.

Because the stone is connected to the root chakra, black onyx helps with pain associated with that area. The root chakra is the center for our abdominal issues.

If you wear a black onyx necklace, ring, or carry one in your pocket, they are said to aid in the following issues:

Today, modern cultures use black onyx to dispel negative energies and help soothe mental health issues. Black onyx is said to be able to neutralize irrational and negative emotions such as anger or jealousy.

By meditating with the stone, it can create a clear path to leave bad habits behind and guide you toward becoming a practical person not ruled by those emotions.

If you own a black onyx ring, black onyx bracelet, or wear black onyx jewelry in general, you'll be happy to know it's a very good gemstone to be worn daily. Black onyx rings have a hardness of 7 on the Mohs scale, which means it can't be scratched by household dust in the air.

A black onyx stone is also a type of microcrystalline quartz, which mean it also has a high tenacity for wear against accidental blows and knocks. A black onyx ring is not likely to chip.

If you plan to wear black onyx, make sure you clean it with a soft, moist cloth. It's a porous stone, so you won't want to soak it in water like other crystals.

So, who should wear black onyx?

One might say those with born under the Leo zodiac. However, I believe that anyone can and should wear black onyx, unless it has healing properties you aren't seeking.

Black onyx is an ideal choice for an alternative gemstone to a diamond, especially for those with a little goth aesthetic in them. The striking look of a black onyx gem is very eye-catching and great for daily wear.

If you're looking for a stone to blast all that negative energy away and created a lighted path for your journey, black onyx is an excellent stone to have on hand--or in your pocket. 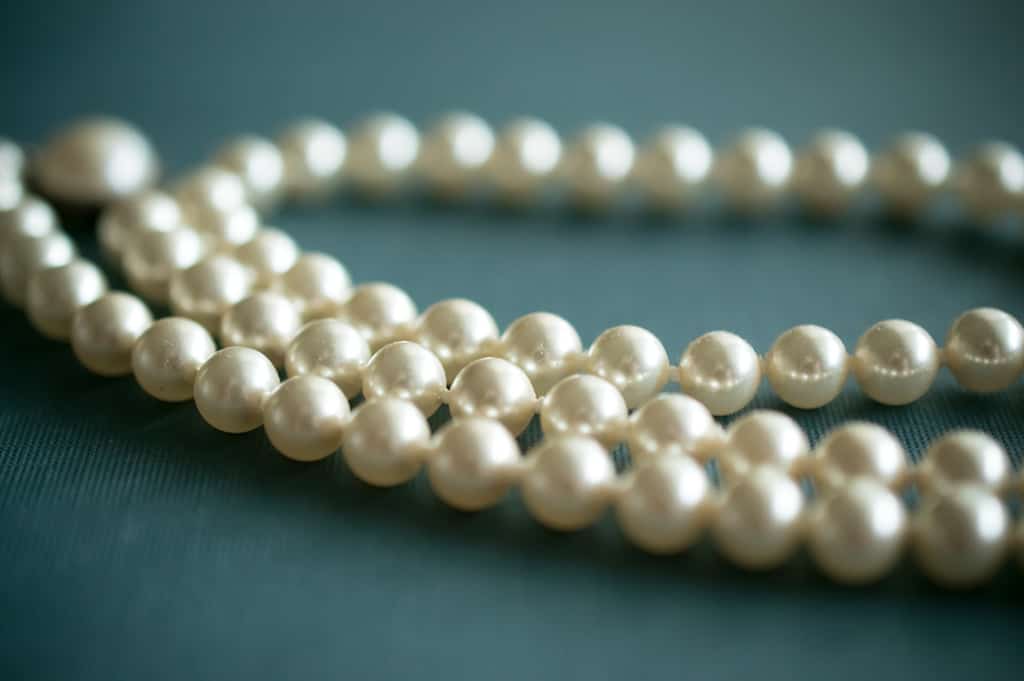 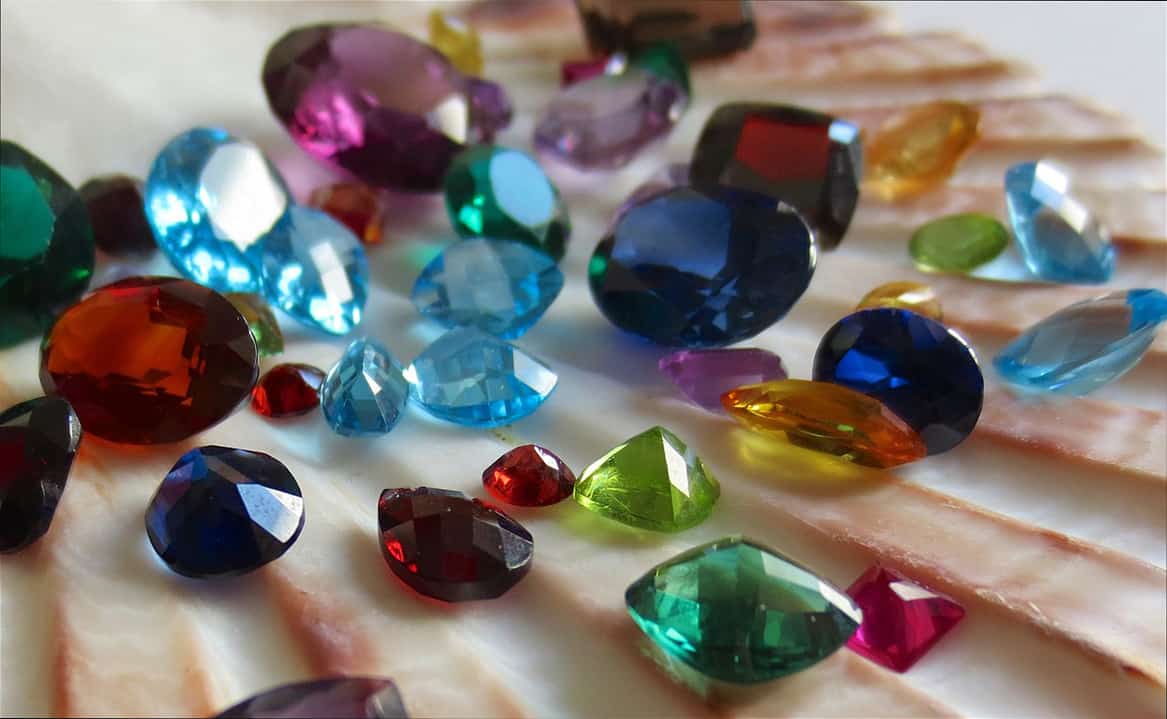 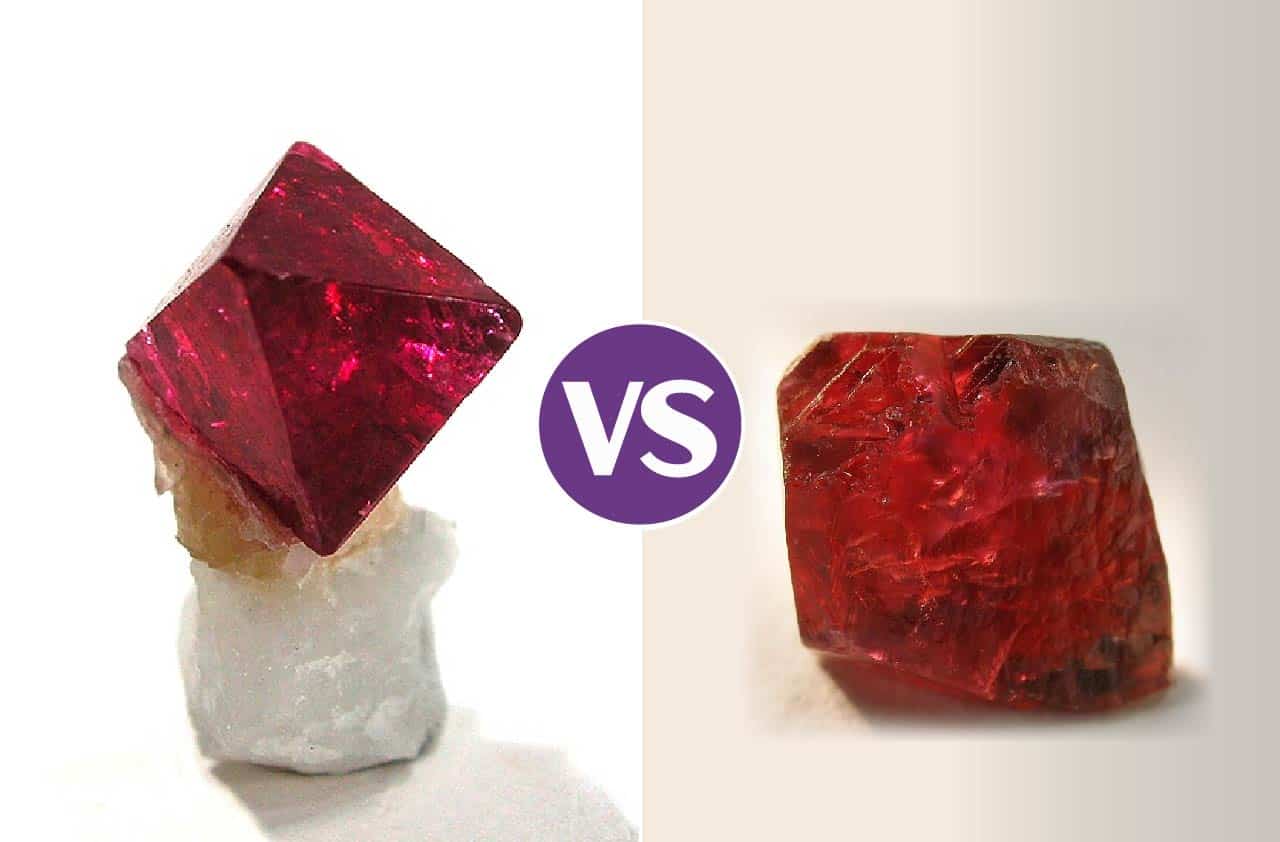 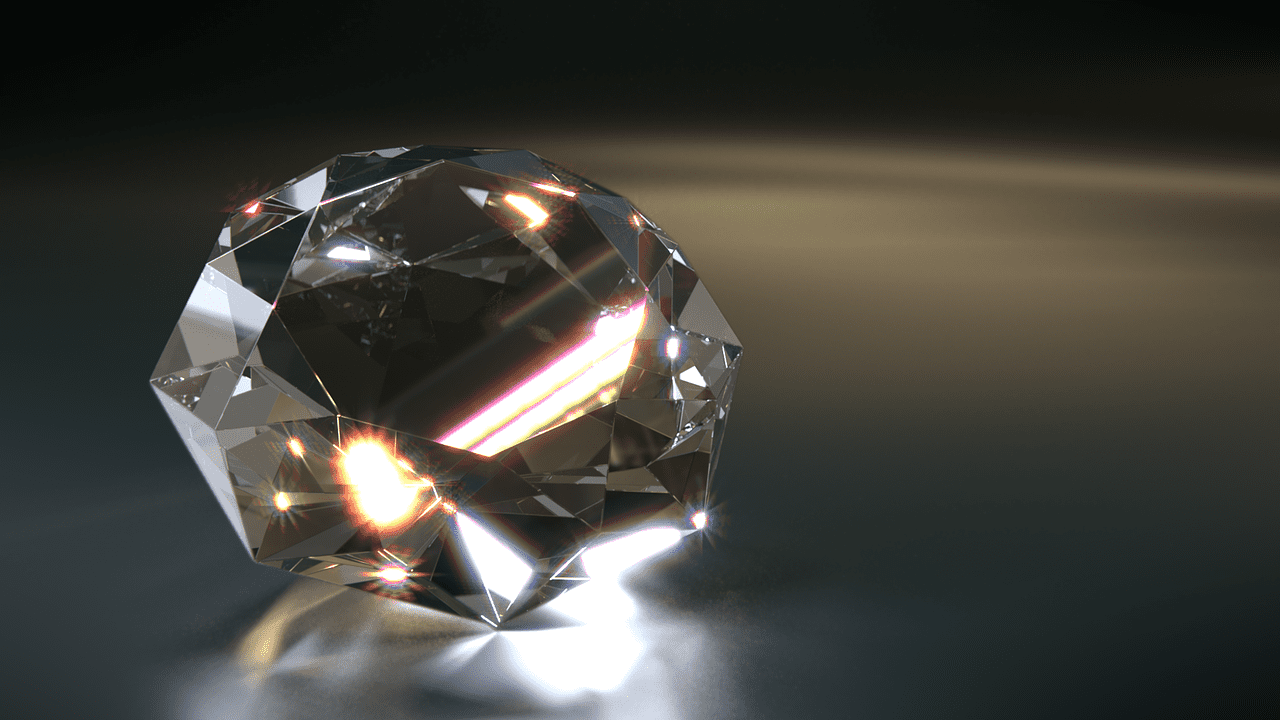 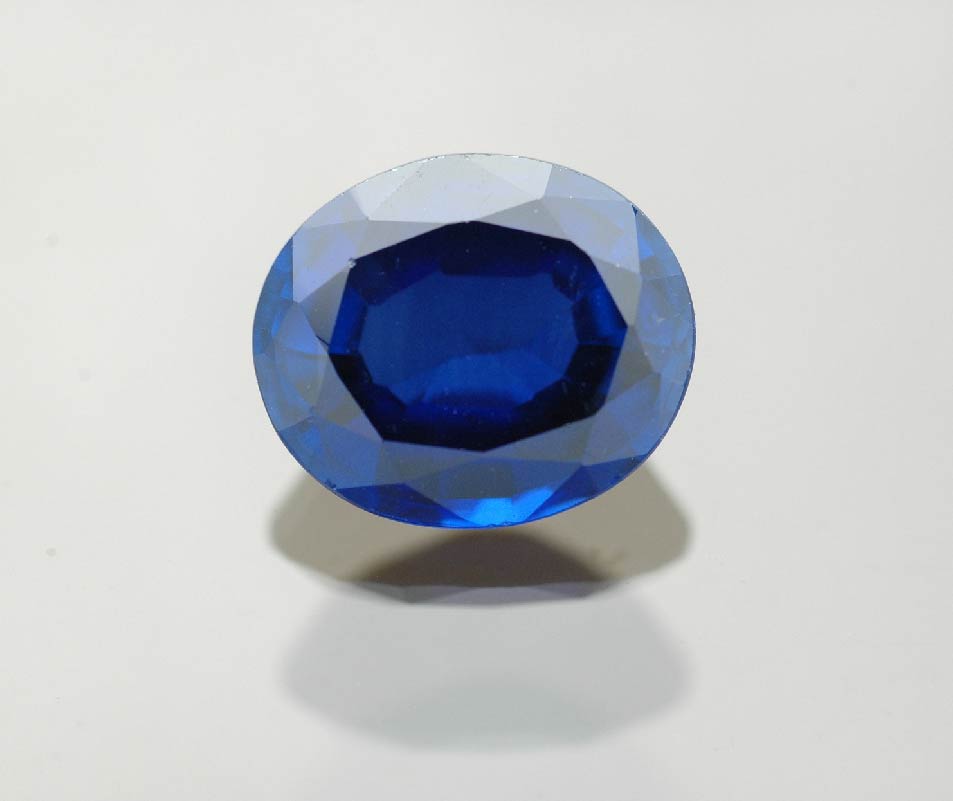