Wondering about the world of pearl jewelry?

You're in the right place. There's so many different types of pearls, it can be hard for a customer to figure out what they want.

In this Learning Guide, we'll go over all the details you should know about pearl types and answer questions like: 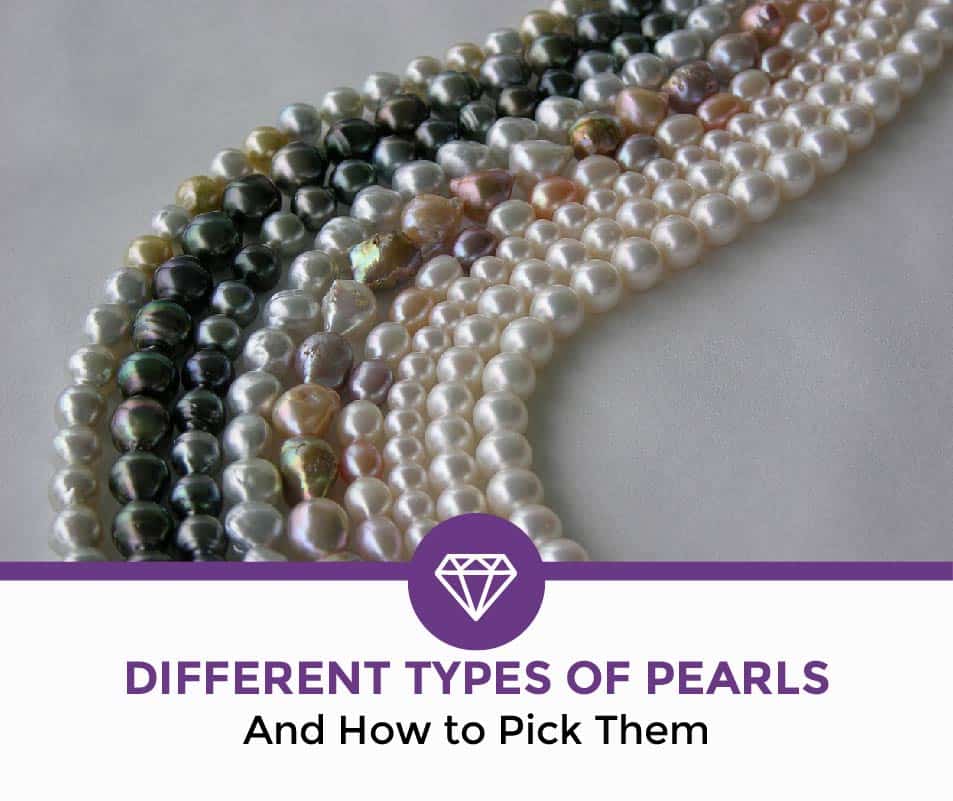 How Does a Pearl Form?

Pearls are one of the oldest and beloved gemstones in the world. They are one of the few gems that are created from organic means rather than minerals under pressure in the earth. Amber and opals are also considered organic gemstones alongside pearls.

A pearl forms by way of different species of mollusks. Oysters and mussels produce pearls, clams don't. In order for a pearl to form, an irritant has to get stuck in it. Most assume it's a grain of sand, but usually it's some sort of parasite.

You see, a pearl oyster or mussel's inner shell is made of something called nacre. Nacre is made up of the mineral aragonite and mother of pearl. Aragonite is a calcium carbonate mineral. But instead of the aragonite specimens we see traditionally, they form hexagonal plates. The plates layer around the center of the pearl, which is a mother of pearl bead. The layers form around the bead, giving a pearl its luster and beauty. 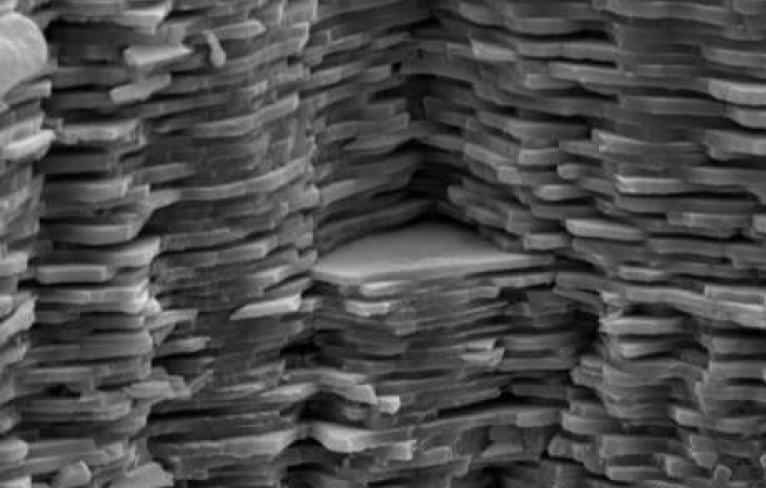 We can create both diamonds and many gemstones in the lab to increase their affordability and quality. Similarly, we can create more affordable pearl types that everyone can have.

Cultured pearls are pearls that have been produced as a result of pearl farming techniques. Pearl farms are an enclosed area where farmers introduce irritants to a mollusk, prompting it to create a pearl. 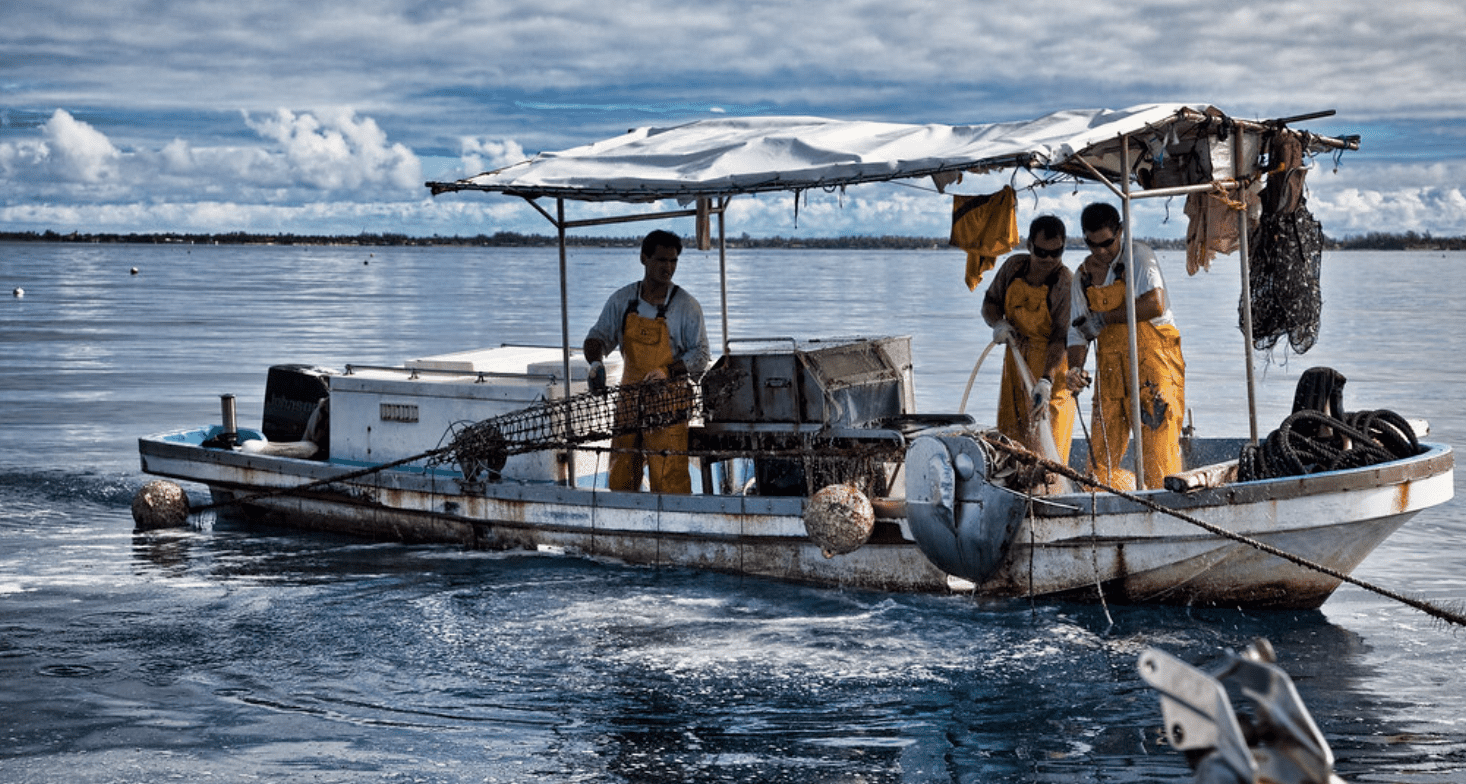 Natural pearls are extremely rare. Only certain types of mollusks can produce pearls, freshwater pearls or natural pearls. And not every one of these mussels can even produce a pearl. Natural pearls can also be called wild pearls. It is said that only 1 out of 10,000 mussels will produce a natural pearl.

Learn more about this topic in our article on natural vs cultured pearls.

Aside from being distinguished as cultured pearls and natural pearls, pearl types are split between saltwater and freshwater pearls.

Before we dive into the different types of pearls, there's some key terms you should know and understand: 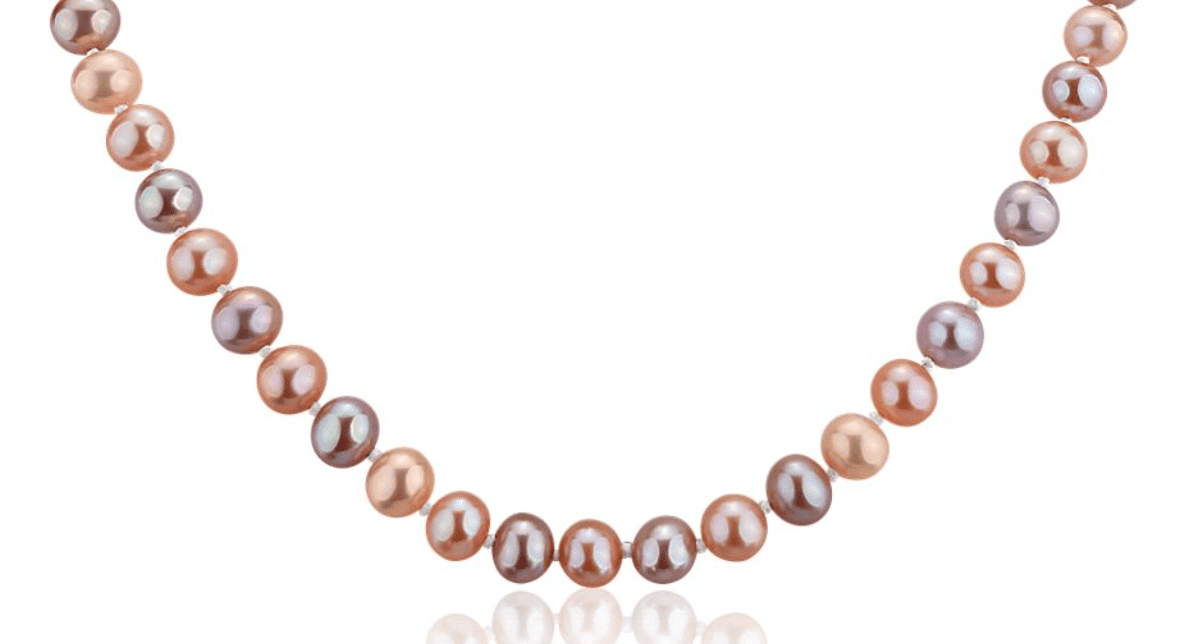 One of my favorite cultured freshwater pearls are the multi colored strands, like this gorgeous pearl strand from our friends at Blue Nile.

There are three main types of saltwater pearls, all hailing from different areas of the world.

Tahitian pearls are produced by the pinctada margaritifera cumingi oyster. This black lipped oyster has been found off the island of Fiji and in the Cultured Tahitian pearls farming and harvesting processes are done in the French polynesian islands and cultured in Tahiti. 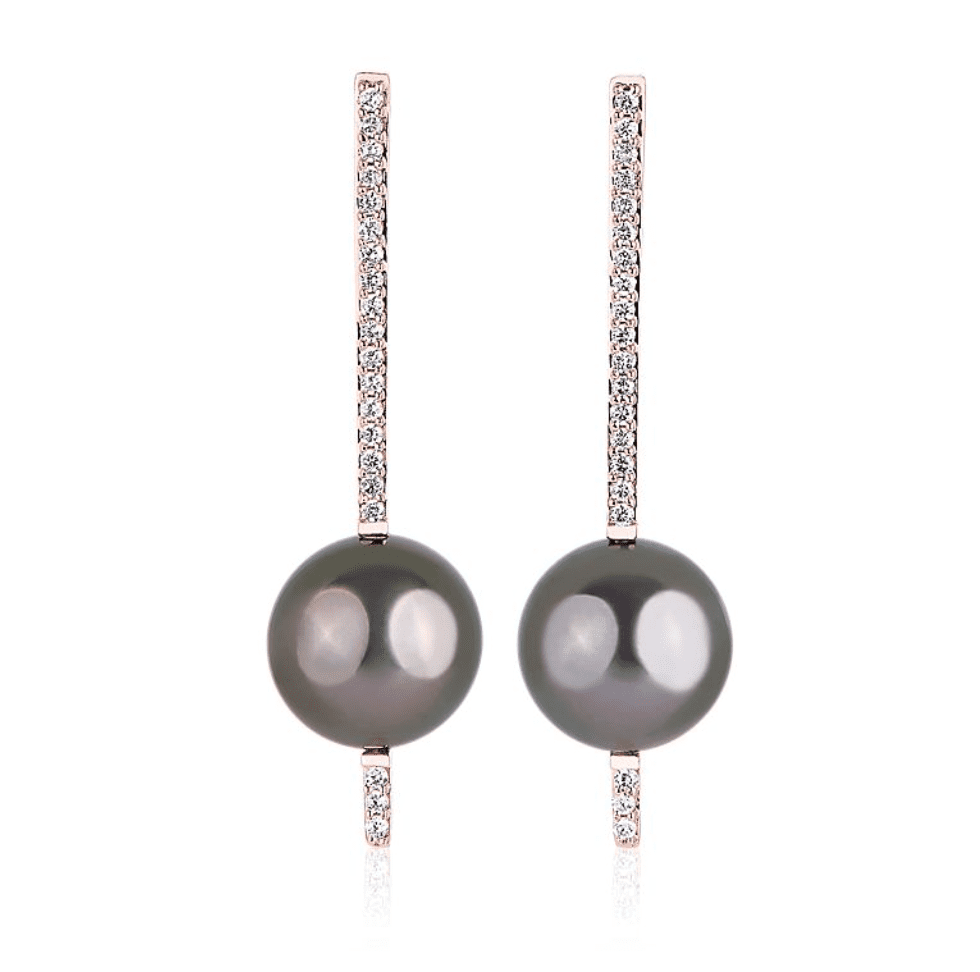 A Tahitian pearl can have a light gray, dark gray, blue, or brown body colors. However, they can appear in virtually any color, but the above are most desired. Tahitian pearls can have blue overtones, green overtones, gold overtones, or pink overtones. Their orient can have a mix of colors similar the rainbow you see in an oil spill. 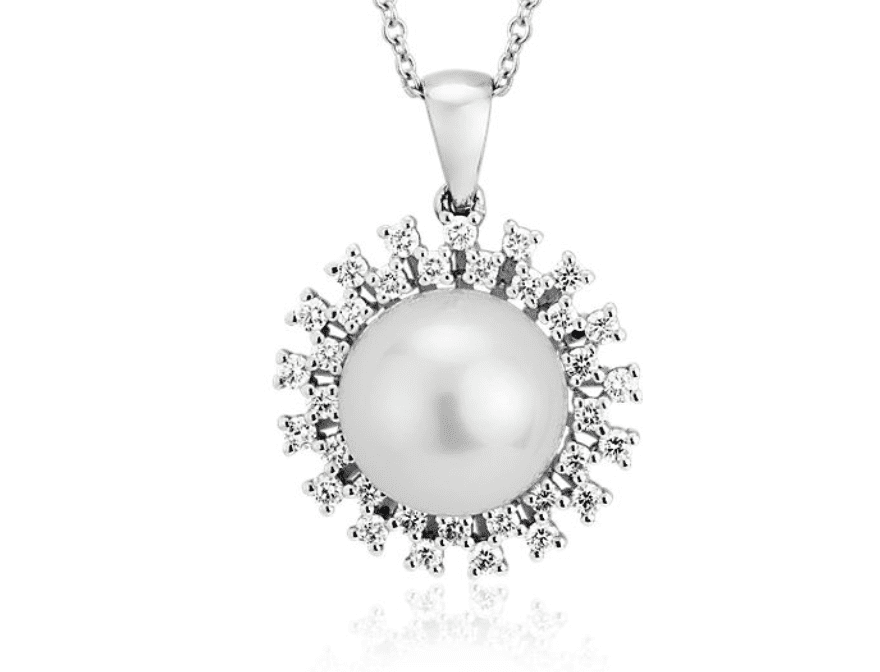 Akoya pearls come from the pinctada fucata oyster. Just like other natural pearls, you can assume the majority of affordable Akoya pearl jewelry are cultured Akoya pearls.

Akoya pearls are highly sought after because of their luster and beauty. They can achieve the best luster out of all the pearl types because of the cold waters they're found in. The oyster layers nacre more slowly because of the temperature. For best quality, they are harvested in the coldest months.

The slowly layered nacre produces a beautiful reflection. You can practically see yourself in the reflection of high quality Akoya pearls. Their luster causes them to be the most sought after types of pearls as it's the most important quality factor when it comes to pearl jewelry.

They produce cream colored and white pearls with silver, green, or pink overtones. You can find blue Akoya pearls, but they're much rarer and more expensive. 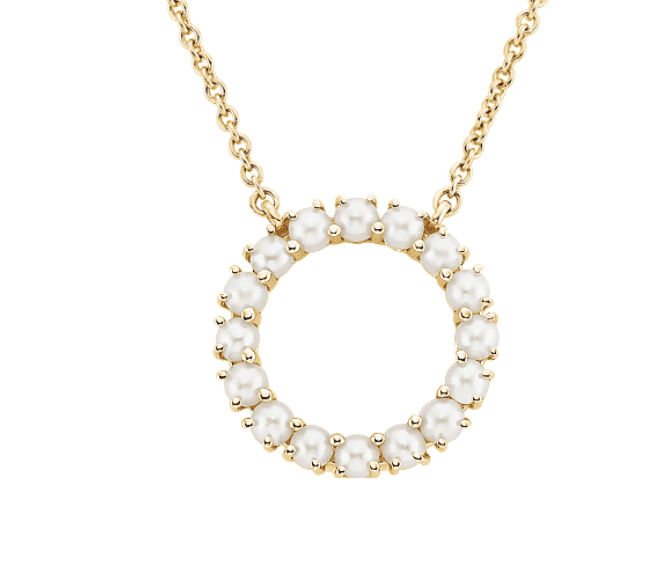 All types of pearls can be called baroque. The term is given to any pearl that is irregular shaped. Baroque pearls are less expensive and in demand than perfectly round pearl varieties. 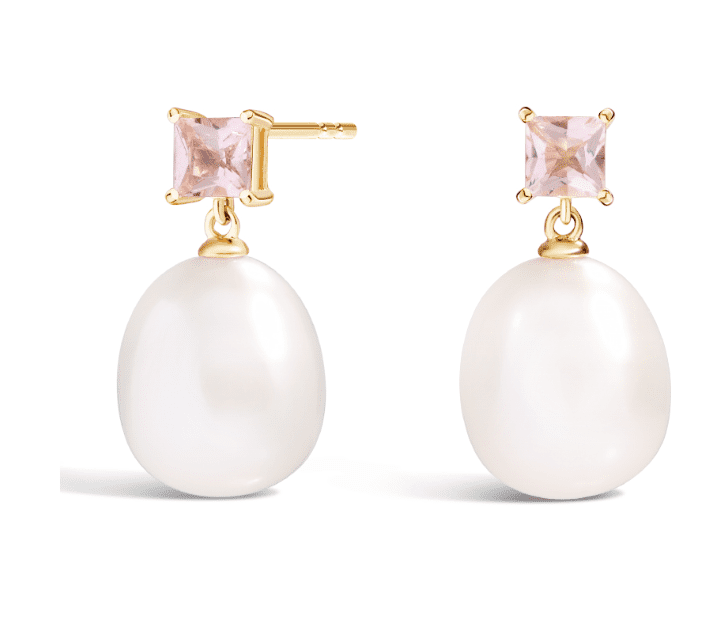 Keshi pearls are pearls that don't have nuclei. That is, they are made of solid nacre. Without a nucleus the nacre is created in irregular shapes. Keshi pearls and mabe pearls can be broken off into a series of different pearl types based on their shape.

Keshi pearls may also be called poppy seed pearls or just seed pearls if small enough. They can be any of the pearl varieties, but they must be smaller than 2mm. Seed pearl jewelry can be real or fake, so make sure you're buying pearls from a reputable dealer with a good description of the item. Most seed pearl jewelry is made of freshwater pearls, causing them to be more affordable. 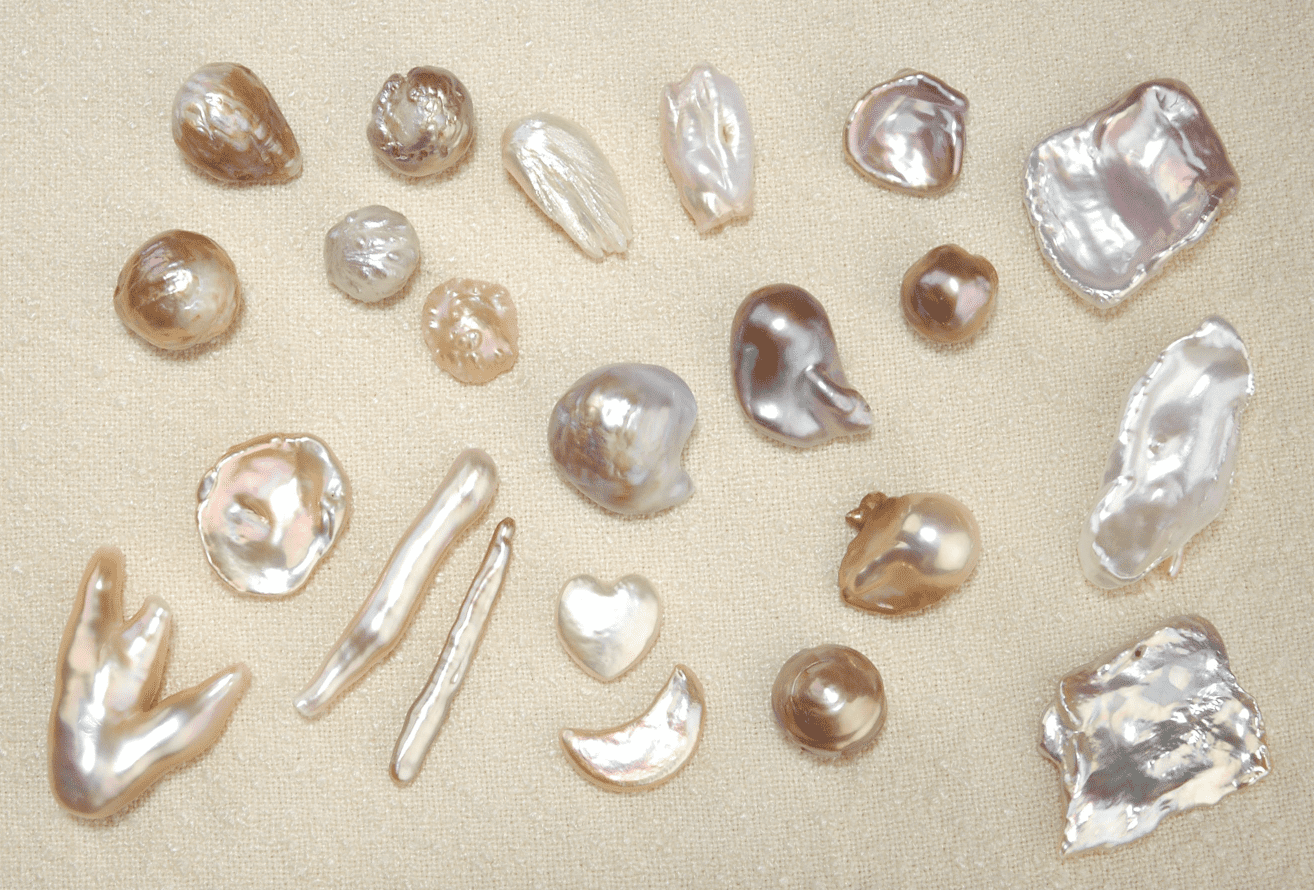 Here are some of the different shapes of non-nucleated or tissue nucleated pearls. 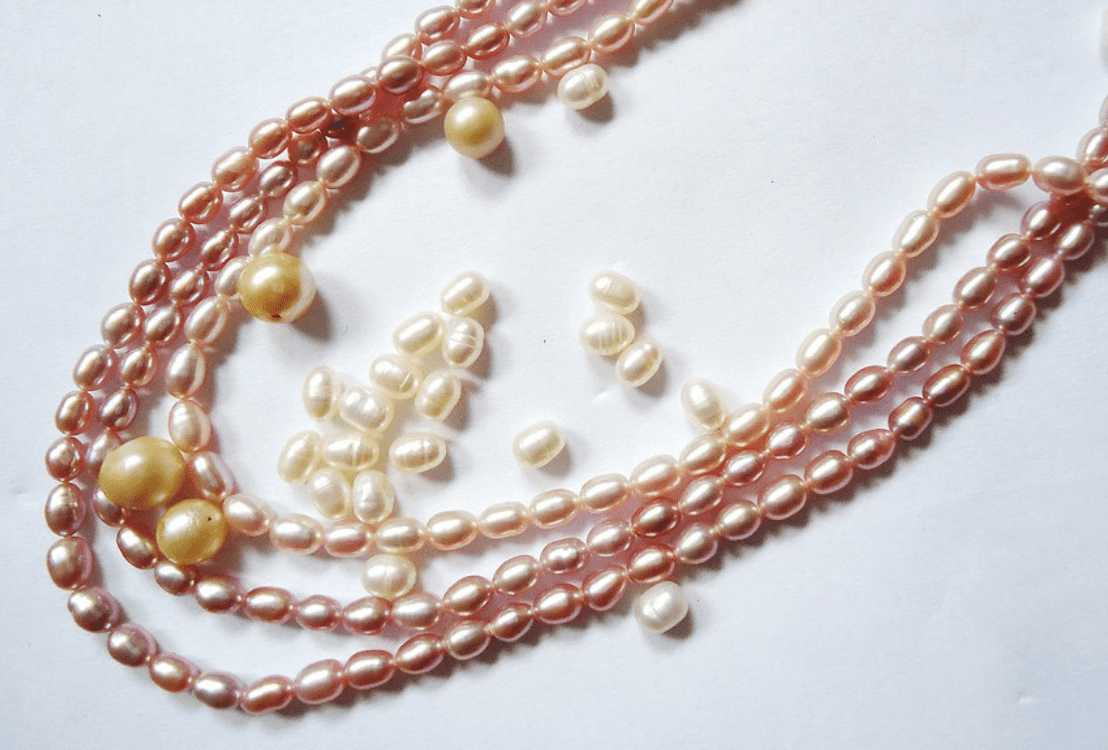 Blister pearls aren't actually true pearls. Technically, they're half pearls or partial pearls. A blister pearl is a hollow, half shaped piece of nacre that is attached to the inside of a freshwater mollusk's shell. Blister pearls are also called mabe pearls. Mabe pearls were the first pearl "types" to become cultivated. This inspired Kokichi Mikimoto to want to successfully cultivate pearls.

Melo melo pearls of the rarest of all the different types of pearls. They are produced by the Melo melo snail found in the South seas of China. Melo pearls range from in tan, brown, and orange. However, the orange gems are wanted the most. 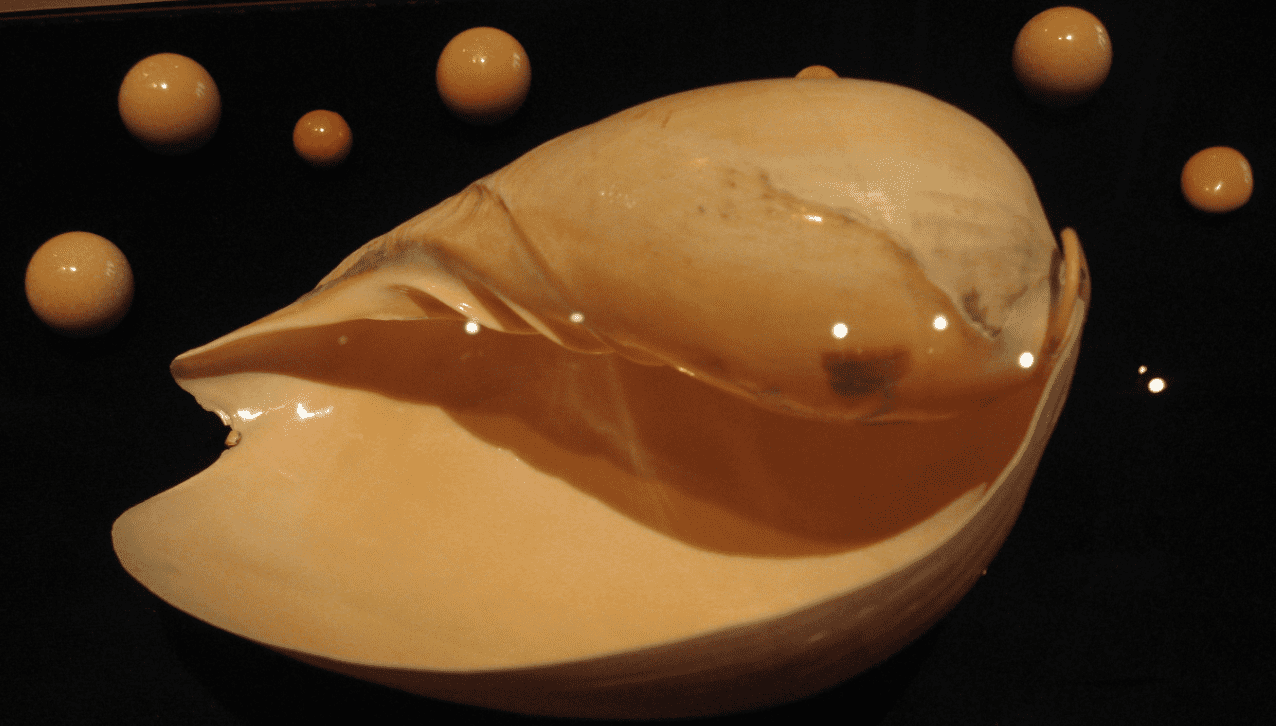 The reason why this is the rarest of the pearl types is because there are no cultivation or farming techniques. However, they don't have nacre in them, so they don't have the luster like in other pearls.

It's pretty easy for a pearl expert to tell fake pearls from real pearls. But it might be harder to distinguish if you're a new buyer.

One of the biggest giveaways for fake pearls is if they are perfectly round. Though cultured Akoya pearls are known for producing round pearls, they still have tiny little dents and such. Fake pearls are always completely round, no matter what they're composed of. No pearl is exactly the same as another.

Similarly, if real pearls have knicks and dents, it changes the texture of their surfaces. Imitation pearls will feel smooth as glass, which it could very well be made out of!

Is a pearl good for an engagement ring? 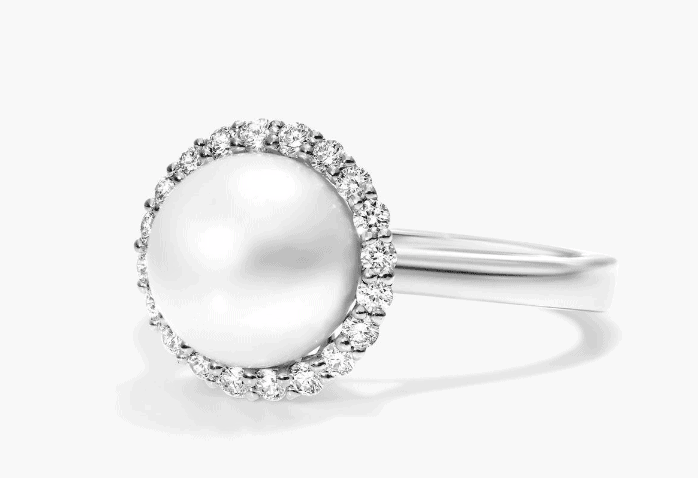 Pearls reach a 2.5 on Moh scale, making them very scratchable. After all, diamonds are the hardest mineral in world reaching a 10 on the Mohs scale. Pearls are more likely to scratch than to actually break.

To keep pearl engagement rings and pearl jewelry in its best shape, there are lots of precautions to take when wearing them, cleaning them, after wearing them, and storing them. As long as the proper precautions are taken, you're more than welcome to enjoy a pearl ring.

How expensive are natural and cultured pearls?

The price of pearl jewelry depends on the luster, orient, size, setting, and of course, the types of pearls used in the piece. Because of their rarity, a natural pearl will be much more expensive than a cultured pearl.

The price of pearls will vary, but here are some very general ranges of pearl strand prices.

How are pearls cultured?

The first type of pearl to be cultured was an Akoya pearl. A Japanese man by the name of Kokichi Mikimoto achieved success by cultivating an Akoya pearl, but it wasn't perfectly round or whole like the Akoya cultured pearl jewelry we see today. 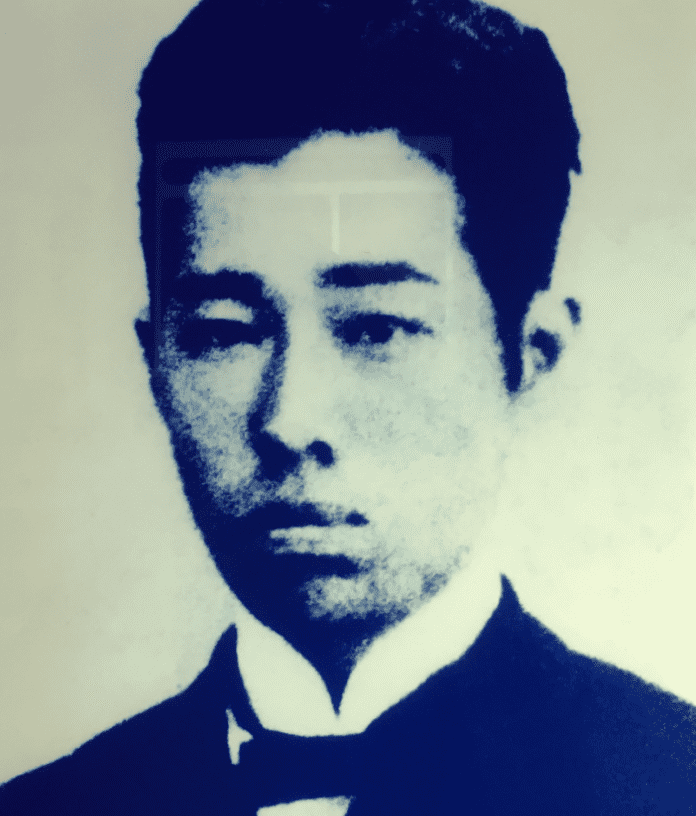 But in 1905, Mikimoto had achieved cultivating whole Akoya pearls. He did it by taking a pearl seed and covering it with a piece of donor mantle tissue from another mollusk. After introducing the bead to saltwater oysters, the oyster created a pearl sac. Then it grew the layers of nacre.

Mikimoto applied for a patent for his cultured pearl process but he wasn't the only one. Two others had also successfully created a cultured pearl using a small piece of mantle tissue over a nucleus made of gold or silver. 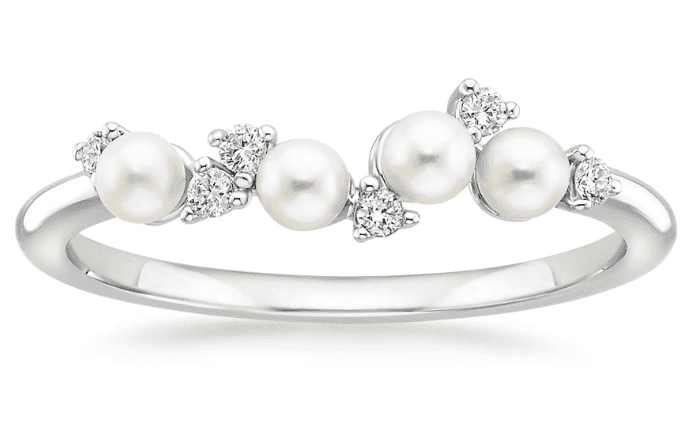 The three put their heads together and came to a settlement. Using a hybrid of their pearl farming techniques and processes. Mikimoto began producing cultured pearls by the pounds. 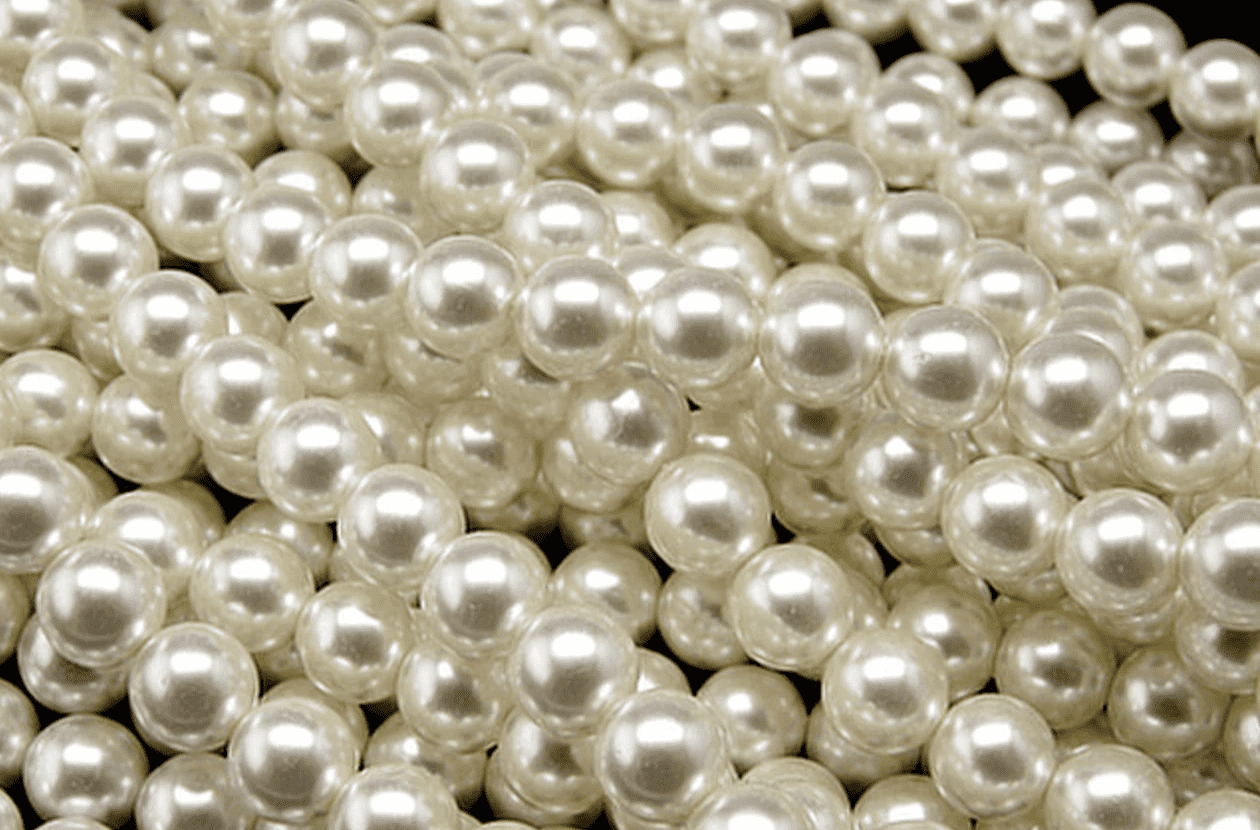 Real pearls are going to be colder and heavier than fake pearls. But don't use these as surefire ways to tell. It's always important to try multiple tests as not all are 100% accurate.

If you're on the hunt for pearl jewelry, I recommend you check out a few different places. I love Blue Nile's pearl jewelry collection. They carry cultured freshwater and saltwater pearls, like this gorgeous Tahitian pearl bracelet. I love the different tones of blue and gray Tahitian pearls in this piece.

Blue Nile has the classics that most people are looking for. But if you're wanting to go a bit more unique or fancy, you should check out Brilliant Earth's pearl collection, You'll see less of the single pearl rings and more with smaller pearls and diamonds. You'll also see less pearl stud earrings and more drops earrings and dangles. 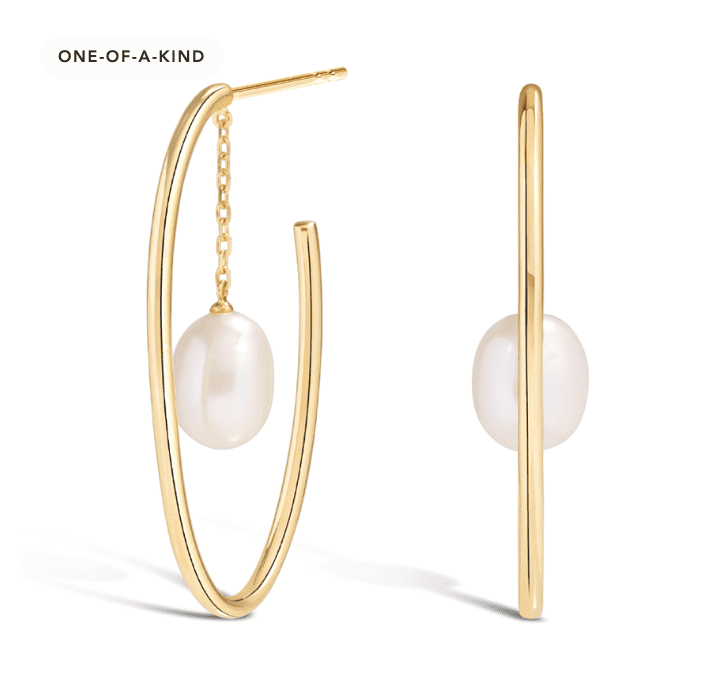 Pearls are the gemstone of the sea and can be a stunning staple to your jewelry collection. Whether you're partial to price of cultured freshwater pearls compared to cultured saltwater pearls, everyone can own a pair of a genuine pearls. 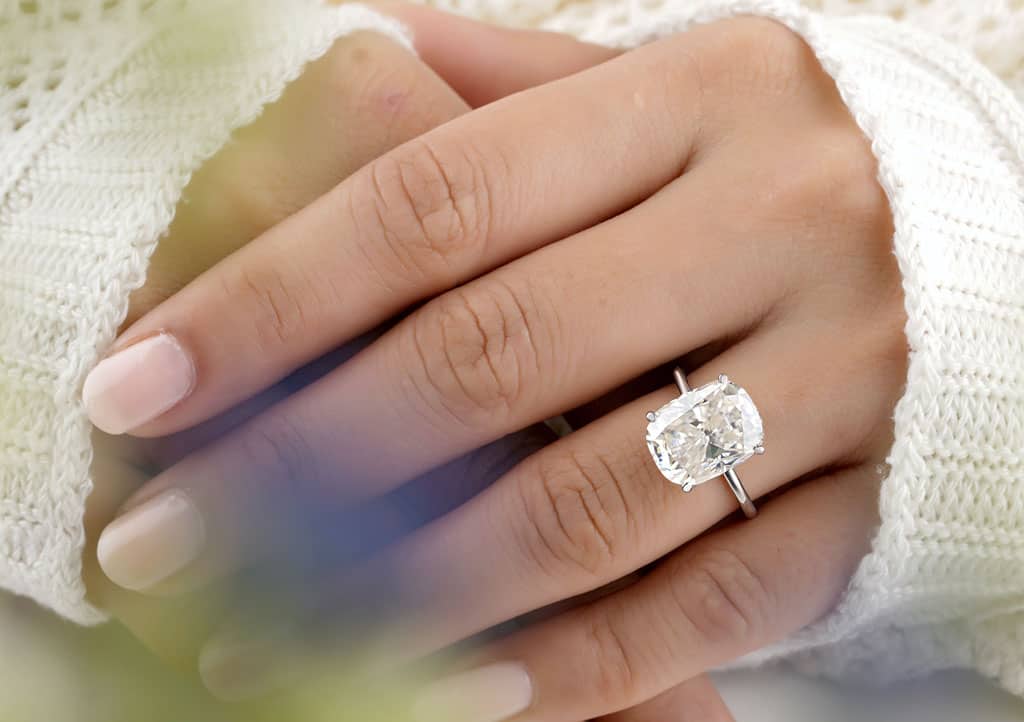 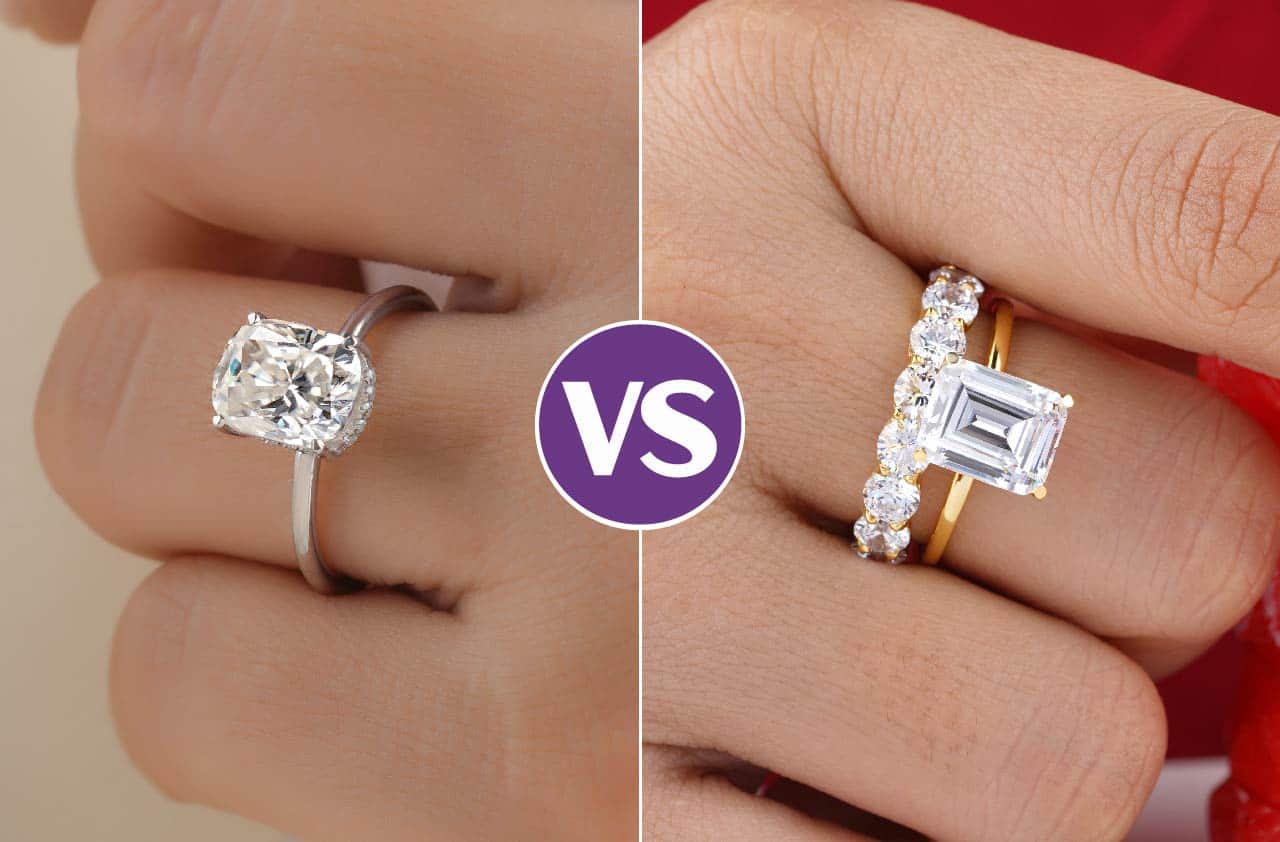 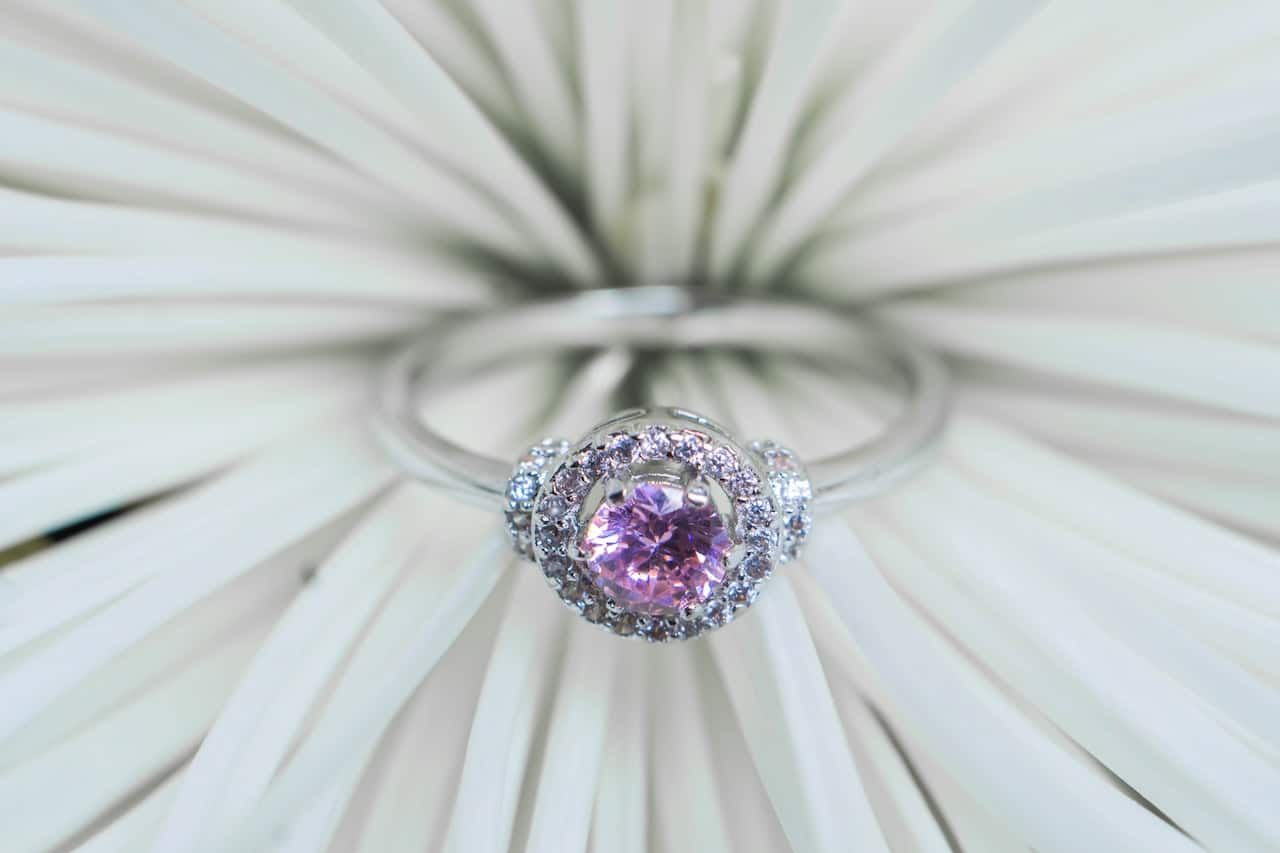 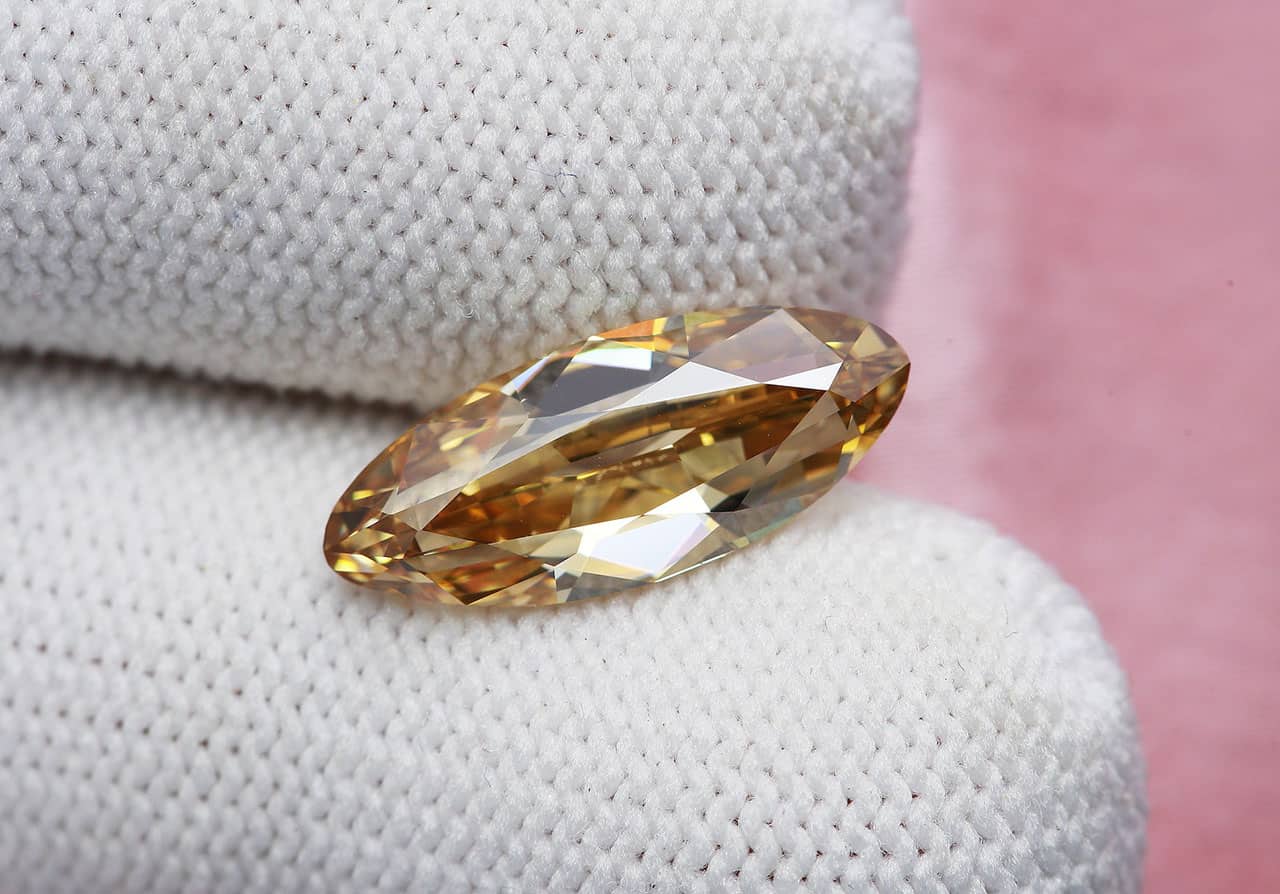 All About Fancy Orange Diamonds and Where to Buy Them 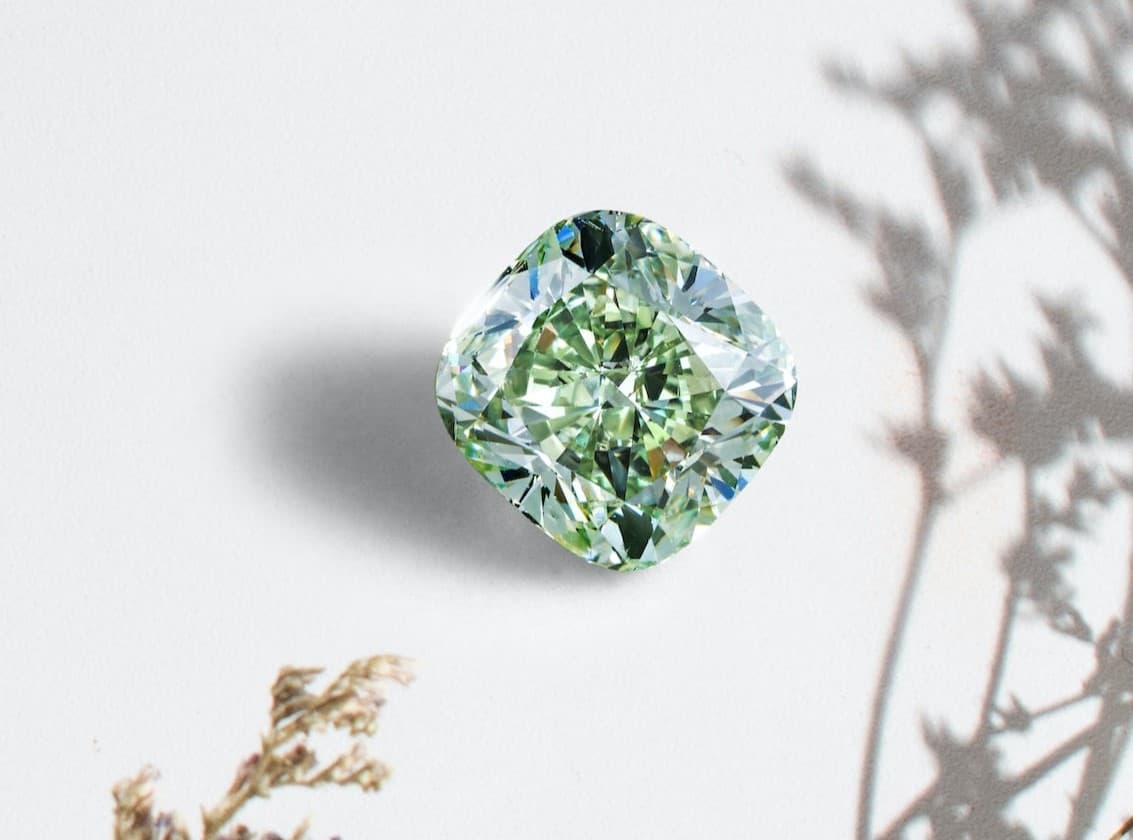 About Fancy Green Diamonds and the Best Places to Buy Them 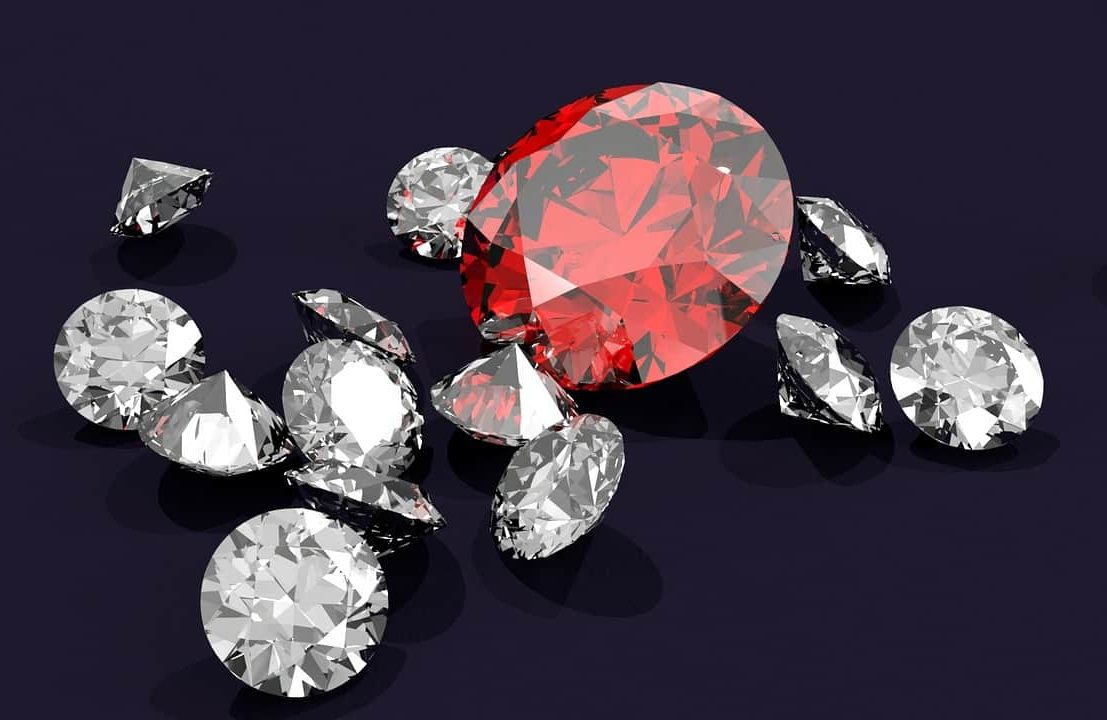 What is a Red Diamond? Your Burning Questions Answered